How to Spend 48 Hours in Thrissur, India 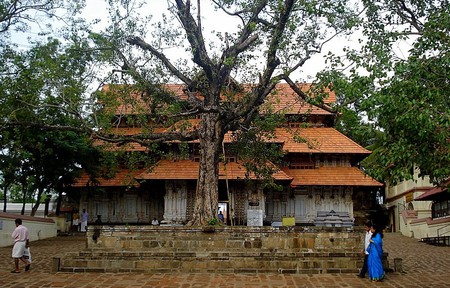 Thrissur is one of the most important districts in Kerala, important for being the cultural nerve centre of the state. The people of Thrissur are also well known throughout the area for their sense of humour and their distinct accent, which stands out for its sing-song manner. If you think of Thrissur, the first images that might come to mind are the Vadakkunnathan Temple, pooram, caparisoned elephants, and pulikali. The district is brimming with both natural and historical heritage and offers several ways to explore it. Here are the things you can do and places you can see when visiting Thrissur for two days.

Get your day going at 8 am with a good South Indian breakfast at Hotel Bharath, which also serves one of the best teas in town. The place also has exclusive parking for their customers, which is a blessing while in Thrissur town.

Your first stop for the day will be Vadakkunnathan Temple, an ancient Shiva temple boasting the Dravidian architectural style of Kerala, complete with majestic towers on four sides and an elaborate koothambalam – a traditional theatre in the temple for performances. Walk within Thekkinkadu Maidan (ground), which surrounds the temple and is the main venue for the renowned Thrissur Pooram. Sometimes, the area will also have the temple elephants stabled. 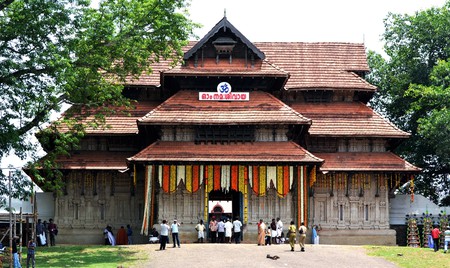 The next stop is Shakthan Thampuran Palace, aka Vadakkekara Palace. Rama Varma Thampuran of the former Princely State of Cochin, or Sakthan Thamburan (the visionary ruler of Cochin dynasty), built the structure in the Kerala-Dutch style in 1795. The palace is now a museum. 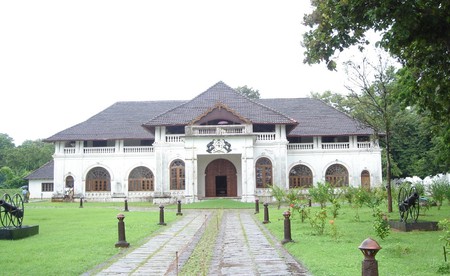 Replenish yourself with the famous biriyani from Hotel Sapphire.

Head to the Thrissur Zoo, which is only a short distance from Vadakkekara Palace. The Archaeological Museum situated within the zoo complex exhibits life-size statues of eminent personalities, dry palm leaf manuscripts, and excavated materials from various prehistoric sites across Kerala and India. 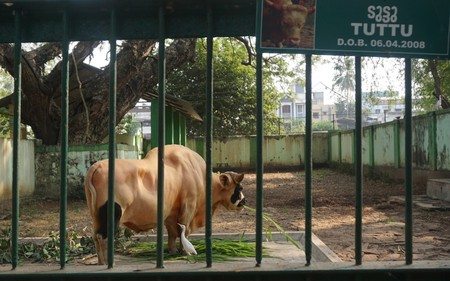 If time permits, visit the Mural Art Museum situated a stone’s throw away in Kollengode Palace. The museum houses a gallery of murals from all over Kerala and preserves a rare treasure of Veera Kallu. If you are on a tight schedule, head straight to the Syro-Malabar church – Our Lady of Lourdes Cathedral – which has grand interior spaces and is one of the largest churches in Kerala. 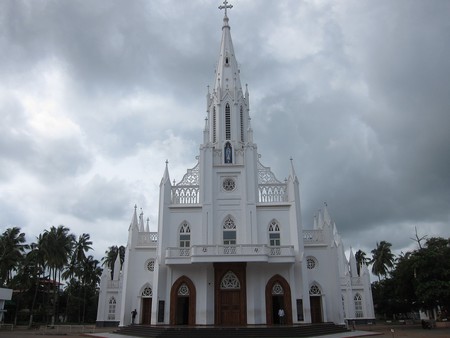 The church’s main attraction is an underground shrine, which is considered as a masterpiece of architectural design | © Shijan Kaakara / WikiCommons

As night approaches, catch a show at one of the theatres in the Kerala Lalithakala Akademi complex, an autonomous body established to promote art and artistic heritage. The institution hosts exhibitions, Kathakali and other displays of performing arts frequently, schedules of which can be obtained from local newspapers or their portals. Complete the day with dinner at C’sons Hot House of Tandoor. 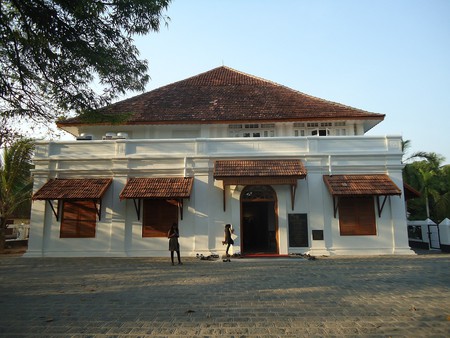 Visit the southern and south-eastern outskirts of Thrissur. Start with an early breakfast at Venus Restaurant.

At a distance of 39 kilometres (24 miles) from Thrissur town lies Kondugallur, the cradle of Islam and Christianity in India and famous for its many monuments of great historical and religious significance. One of the most important mosques here is the Cheraman Juma Masjid, built by Malik Bin Dinar, an Arab propagator of Islam, in 629 AD; it is the first mosque in India. It was named after his contemporary Cheraman Perumal, the Chera king who journeyed to Arabia and embraced Islam. 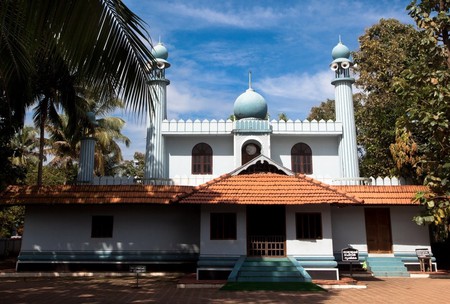 Head to Koratty Muthy, which is the local name for Mother Mary of the Syro-Malabar Catholic community of Koratty. While some believe that Koratty Muthy’s shrine was established in 1381, the proven existence only dates back 230 years.

Recharge yourself with lunch at Paradise Restaurant. You’ll need the energy as the next leg includes a walk into the forest to meet some spectacular waterfalls.

An hour’s drive from here will take you to Athirapilly Falls.

Athirapilly Falls on the Chalakudy River is the largest waterfall in Kerala, standing tall at 24.5 metres (80 feet). The journey to the falls passes through winding roads and quaint villages. If time permits, you can go farther on the Athirapilly-Vazhachal Road and visit Charpa Falls and Vazhachal Falls. 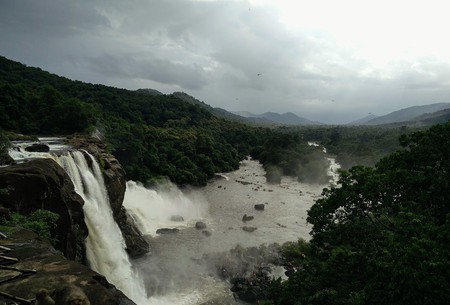 The return journey to Thrissur will take close to two hours. On the way, end the day with a light vegetarian dinner at Indian Coffee House.