How to Spend 48 Hours in Kasaragod, India 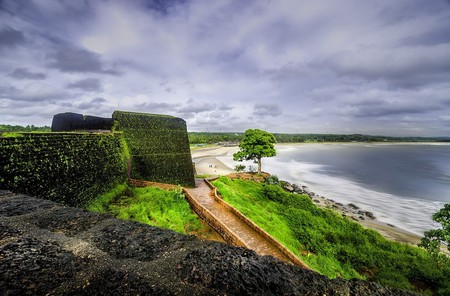 Kasaragod holds an important position in the annals of Kerala’s history as it was an important part of the trade with the Arabs between the 9th and 14th centuries.

Historical records by Duarte Barbosa, a Portuguese traveller, mention the export of rice from Kasaragod to Maldives in 1514. Earlier, Kasaragod was a part of the South Canara district of the Madras Presidency, and was later incorporated into Kerala following the reorganisation of states. Here’s how you can spend 48 hours in the town.

Start your day with breakfast at Viceroy Restaurant.

Head straight to Maipady Palace. The palace was once the seat of Kumbla Rajas or Kumbla Seeme, who were the rulers of the area covering Kasaragod taluk and some neighbouring regions.

Next stop is Ananthapura Lake Temple which is the only lake temple in Kerala. The lake is believed to be the home of a single crocodile. It is the local guardian and is called Babia. Another interesting spot to keep in mind while visiting the temple is a cave to the right corner of the lake. According to the local legends, the deity of Sri Anantha Padmanabha chose to go all the way to Thiruvananthapuram through that cave. Hence, both places retain similar names, inspite of being on either ends of Kerala. 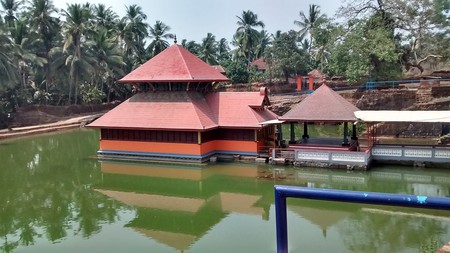 Stop for lunch at Arabian Restaurant situated on NH 17. Head to Our Lady of Sorrows Church, aka Bela Church, which is the oldest parish in Kasaragod district and one of the older parishes of the Diocese of Mangalore. The church was constructed in 1890 CE.

If you are up for an evening walk, visit the Permude Falls which is only a few metres away from the Kumbar Temple Road. Taking a dip in the cool flowing water or standing under the falls is thrilling and will wash off the day’s fatigue. A little further from here you will find the Challangayam Kampam Falls, which is also a beautiful spot to sit and relax.

Return to Kasaragod town for dinner at Royal Dine.

Start your last day in Kasaragod with breakfast at Vasanth Vihar, which is a small place but serves delicious south Indian breakfast dishes.

Head to Anantheswara Vinayaka Temple, aka Madhur Madhanantheswara Temple. It is one of the most famous temples in Kasaragod and references to this ancient temple can be seen in the Skanda Purana and Brahma Purana. The present structure of the temple dates back to the 10th-century. 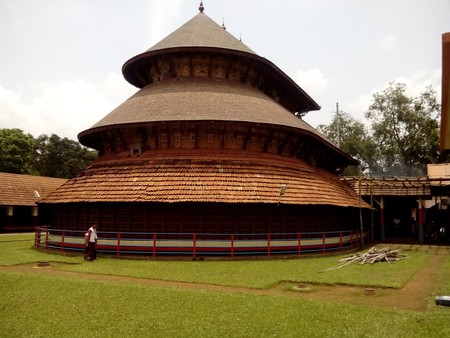 Next stop is Mallam Durga-Parameswari Temple, built in the typical Dravidian style of architecture, it is a famous temple in Kasaragod. The temple is also well-known for its daily annadhanam – a sacred tradition of offering food to devotees. Lunch from the temple, prepared in the traditional manner, will be an experience in itself. 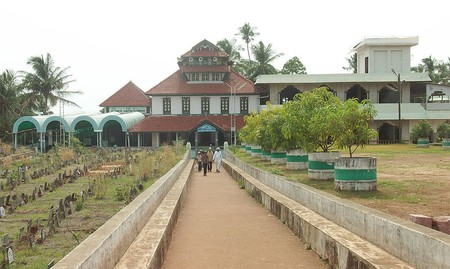 Head to Bekal Fort. Built in 1650 CE by Shivappa Nayaka of Keladi and sprawling over 40 acres, Bekal Fort is the largest fort in Kerala. The music of the waves from the adjoining beach, forms an idyllic backdrop while walking along the manicured lawn. The glimmering golden sunset you can witness here will soothe you into contemplation.

Finish the day with a late-night dinner from Golden Bakery Family Restaurant. The place is known for their pastries and milkshakes.