How to Spend 48 Hours in Goa, India 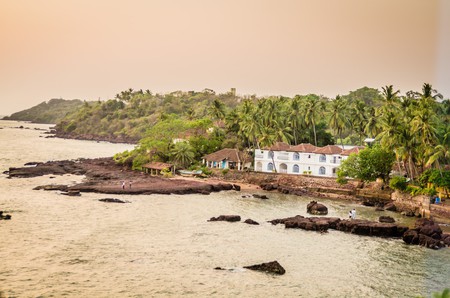 Goa is one of the most preferred travel destinations in India that lures travelers back forever with its picture-perfect beaches, thrilling activities, lively parties and laid-back vibe. But if all you have is 48 hours in the smallest state of India, you can still see the major places of interest with our guide.

Start the morning with a relaxing walk along the Baga beach and enjoy the sun, sea, and sand in solitude, as it gets crowded and energetic later in the day. Alternatively, you can also hit up Calangute beach, which is located less than a mile away from Baga beach. Having worked up an appetite, head to one of many food shacks dotting the beach that serves everything from authentic Goan cuisine to international cuisine, along with the mesmerizing sun and sea vistas that will leave you awestruck. 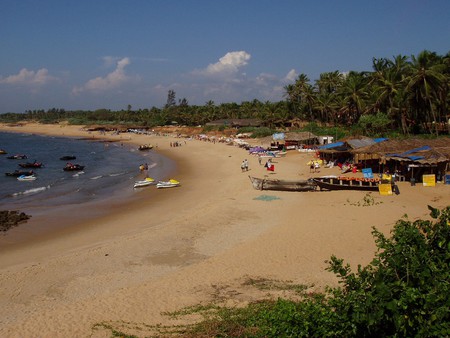 Another best breakfast option is Lila Cafe, located along the Calangute-Arpora Siolim Road, and is famed for its delicious fare, including American, Continental, and European dishes. Everything on the menu will leave you hankering for more; some must-have breakfast items include the ham and cheese croissant, omelettes, and freshly-baked breads along with a refreshing cup of joe. Those seeking a sweeter start to the day can revel in heavenly apple-pie served with fresh whipped cream. 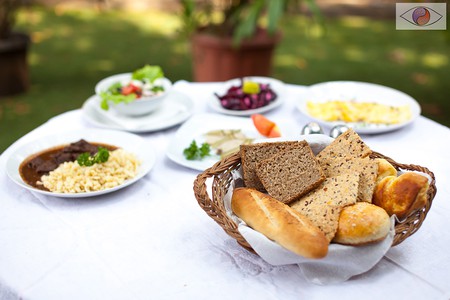 After you’ve fueled up, engage in adventurous water sports at any of the many beaches in North Goa—Baga, Calangute, Anjuna, or Dona Paula beach. Activities like wind surfing, water-skiing, kayaking, knee-boarding, scuba diving, banana rides, parasailing, wake boarding…. you name it, they have it!

Point to note: During the monsoon season (June-September), water sports are closed in Goa. 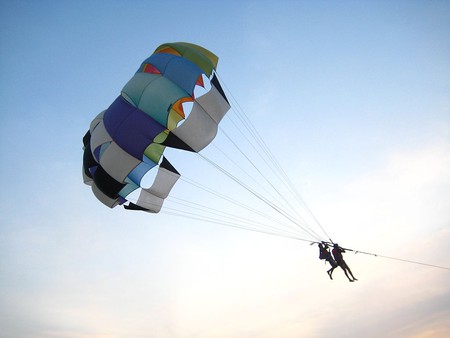 After getting your dose of adrenaline, head towards Sinquerim village to take in some history. There is a 17th century Portuguese fort named Fort Aguada and a four-story lighthouse housed here, which is popular among tourists, not only because of the unbeatable vistas of the Goa’s coastline, but also for its historical value. 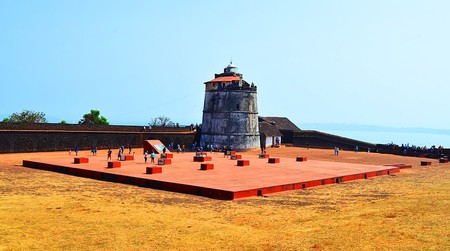 Make a food stop at one of many restaurants near Fort Aguada, such as Wok & Roll Restaurant, Shivers Garden Restaurant and Bomra’s, to name a few. When you’re full, make your way towards the Chapora Fort, a very popular historical landmark in Goa that is known for its breathtakingly beautiful view of the confluence of the Chapora River and the Arabian Sea, along with picture-perfect Anjuna beach and Vagator beach. This place makes up for a cool Instagram-worthy moments, so keep clicking that shutter!

It’s time for some retail therapy! Tourists lucky enough to visit Goa on Wednesday, Saturday, or Friday will have the benefit of wandering through some great finds and grabbing some great deals at the Saturday Night Market, Anjuna Flea Market (Wednesday), and Mapusa Market (Friday). You can buy everything from apparels and accessories to household goods, souvenirs, and everything in between. Haggling is the part and parcel of these markets, so hone the skills! Even if you don’t want to buy anything, just take a stroll and soak up the local atmosphere brimming with sights and sounds of cheerful banter and haggling. And, make sure you don’t miss treating your taste buds with lip-smacking Goan street food at any of the food shacks and stalls around the area. 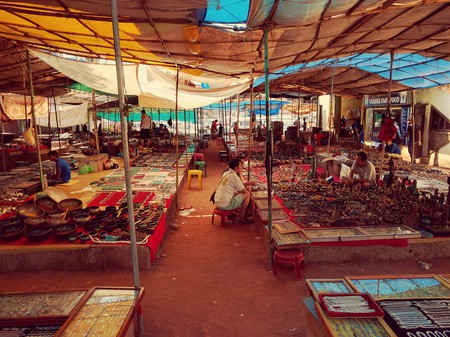 As you’re in the Party Capital of India, it definitely calls for a night on the tiles. Simply head to Tito’s Lane and take your pick from the many bars and clubs dotting the lane. Cafe Mambo’s and Tito’s Bollywood Club are great options for some nighttime action. Alternatively, those looking for a wild party may head to Anjuna beach, where hippies and tourists congregate for trance parties and full-moon parties. Those who’d prefer a more laid-back evening can slide over to any of the many shacks on the beaches that have outdoor seating on the sand. Kick back with a drink or two and relish the lip-smacking fare, while watching the sun sink into the sea. 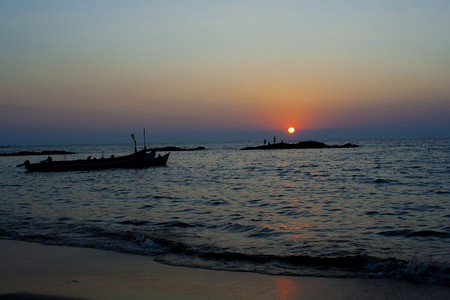 Kick things off with a coffee and hearty breakfast at Cafe Bodega, an artsy café situated in the courtyard of Sunaparanta Centre for the Arts. While you’re here, you must browse the stunning pieces of visual art on display. Next up is some colonial history. Take a cab and head to Old Goa, which is a UNESCO World Heritage Site. Several 16th- and 17th-century cathedrals, churches, and other historical structures punctuate the area. The must-visit among them include the Basilica of Bom Jesus that dates back to the 16th century and is known for carrying the mortal remains of a well-known Spanish missionary, St. Francis Xavier. The particularly appealing feature of this church is its gold altar and Baroque architecture, which is hard to find in India. 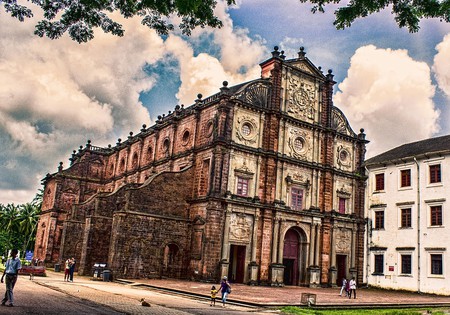 Basilica of Bom Jesus stands out with its Baroque architecture | © P.S.SUJAY / WikiCommons

Just a stone’s throw away from the Basilica of Bom Jesus lies one of the largest churches in Asia—Se Cathedral—that is famed for its giant bell, called “Golden Bell,” which is perhaps among the largest bells in the world. 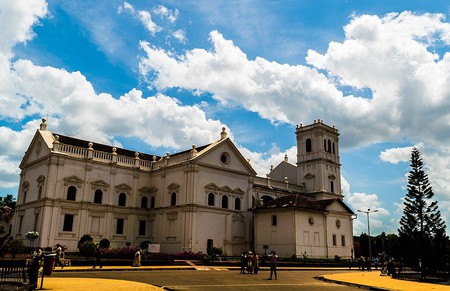 Still craving for some historical exploration? Head over to the Museum of Christian Art, which houses the Indo-Portuguese Christian art that dates back to the 16th century. Inside you’ll find paintings, sculptures, ivory, textiles, religious silverware, and embroidery liturgical vestments. An impeccable display of art, this museum is a must-visit.

Spend your afternoon in the Goa’s Latin Quarter—Fontainhas, which is within easy reach by bus or car from Old Goa. Goa was majorly influenced by Portuguese and reminders of its influence are evident in every nook and corner of Fontainhas. Mosey along the narrow, winding streets in between colorful colonial houses and cottages enlivened with artistic doors, red-tiled roofs, and overhead balconies. Do stop by the Chapel of St. Sebastian, that dates back to the 19th century and Gitanjali Art Gallery, that features contemporary art and a vast collection of Scandinavian art spanning from the 1950s until 1990s.

For lunch, head to Mum’s Kitchen that serves authentic Goan cuisine, such as pork vindaloo, mushroom xacuti, prawn curry, and Goan bread. End your Latin Quarter tour on a sweet note with a Swiss roll or Bebinca (Indo-Portuguese dessert) at Confeitaria 31 De Janeiro, which is one of oldest bakeries in Goa. 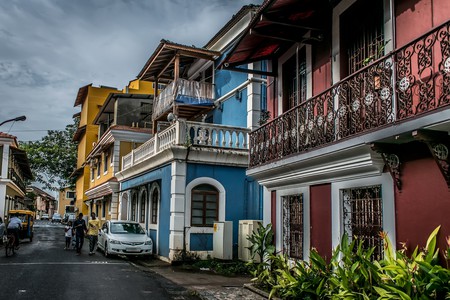 After a long day out sightseeing, spend the evening on the water on a cruise along the Mandovi River and watch the mesmerizing view of the sunset. There are several party cruises available, complete with drinks, dance, music, and food. Some of the best ones include Paradise Cruises and Champions Yacht Club that starts at 6 p.m. and run throughout the night.

Trying your luck at the casinos is also an option, as gambling is legal here. The best option is the floating casinos that pack unlimited action along with live tables and slots. Boats anchored in the Mandovi River have casinos, and some of the best ones include Deltin Royale, Deltin Jaqk, and Casino Pride.

For the tourists looking for something off-the-beaten track, a night at Palolem beach is the perfect conclusion to your whirlwind visit to the Sunshine State. For dinner, pick one of the many cafés and food shacks lining the beach. Entertainment wise, there is a Silent Noise Party at the beach, where youthful exuberance resonates through music and dance. You just need to plug in your headphones and give yourself up to the rhythms and beats of your choice.

If you’ve got less than 48 hours in Goa, check out our itinerary for 24 hours!