“Buy better, do better,” is the motto of children’s sustainable clothing line, art & eden. Fashion veteran Susan Correa, the hands-on CEO and founder of the label, is as invested in people and the planet as she is in profit. For this Bombay-born entrepreneur, ethical fashion is not a fad nor an afterthought. Correa is dedicated to “doing well by doing good.”

On April 22, the world celebrates Earth Day, and endeavors to fundamentally change human attitudes and behavior when it comes to the preservation of the planet. But for Correa, profit for a greater purpose is a mindset that governs all the operations of her children’s clothing line, art & eden. 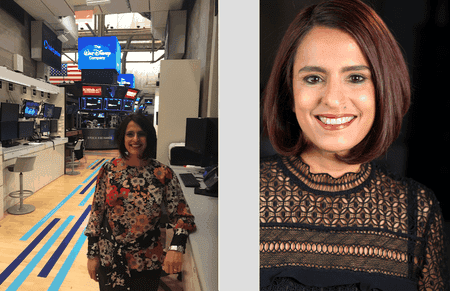 As a college intern in Bombay, Correa began her career in fashion at a factory. Within six months, she had learned the entire operations process, and so began her journey in fashion merchandise management. “I grew up in a 250 square-foot apartment in Bombay,” says Correa. “My entire life, I dreamt of building a business in America, because America was the place where dreams become reality. I did it; that’s the power of a dream.”

Overseeing multi-million-dollar companies all over the fashion industry — from low to high-end fashion, spanning Europe, India, China, and the United States — Correa was a sharp product solution manager with savvy business sense. “My job was to spot a trend and get to market as quickly and cheaply as possible.” She adds that profit at any cost was the bottom line.

In 2014, Correa had an epiphany after visiting a school in rural India and launched a meal program to feed impoverished kids. “I kept searching for a deeper reason in life. I wanted to lead a purposeful life.” And although she felt she was accomplishing this personally, there was a disconnect when it came to her professional life. “The speed at which I operated in order to bring the latest fashions cheapest to market left me no time to truly care.” 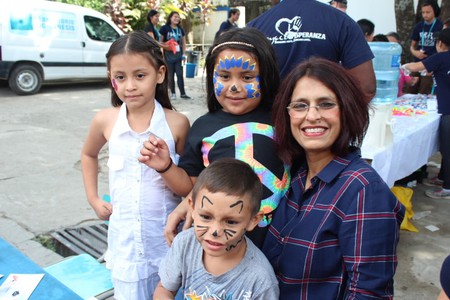 “Sure I felt badly about the pollution, waste, low wages and poor worker treatment in the industry, but with profit as my soul purpose,” says Correa, “everything else seemed like a distraction. I focused solely on my goal of maximizing profits. But after thinking about my life and legacy, I didn’t want to go back to business as usual. Yes I was I was told that this was impossible. Yes I was told that I was crazy. Yes I was told that there was no place for an Indian woman in the business of American fashion.”

But it was too late. The seeds of art & eden had already been planted. Correa was determined to use business as a force for good. This meant changing the current business model and unlearning the process of unconscious operation. This meant slowing down and reevaluating success, with tips from the Vice Dean of Harvard, public health division and the CEO of sustainable business and fair trade industry leader, Ben & Jerry’s, along the way. To make actionable change, Correa changed “everything from how sourcing and dying our fabric to how we treat farmers.” 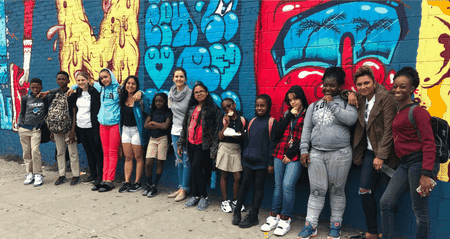 The sustainable clothing model runs on the principles of mindfulness and slow fashion. Knitting this approach with the savvy of turning a profit (because as Correa insists, you can’t make a difference if you’re not profitable), forged a new model in the fashion industry. The approach is a return to Eden, a return to childhood, where everything you put (or is put) on your body is pure. Today, art & eden, which launched in 2017, has partnerships with global impact programs around the globe.

But more than that, the business itself is driven by ethical decisions, where “every hire is a key hire,” and the planet and its people are just as valuable as profit.