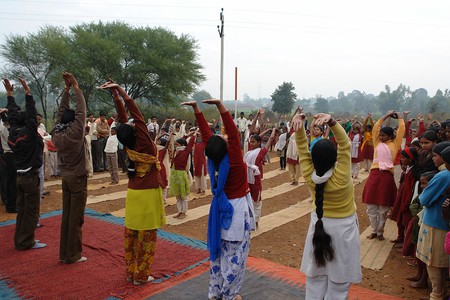 It may be unusual to think of the fast-paced, bustling city of Mumbai to be an important landmark in the history of yoga. However, it is this very city which serves as home to the oldest organized center of yoga, The Yoga Institute, which also played an essential role in introducing yoga as a daily, household practice.

The Yoga Institute’s founder is an important figure in the history of how the practice spread across the globe. Shri Yogendraji founded The Yoga Institute in 1918 to cure people from various ailments through therapeutic yoga, after having met his guru in 1916 – the then 118 year old Shri Paramhamsa Madhavadasji. Shri Yogendraji was keen on bringing the knowledge of yoga out of forest hermitages and dispersing it among the masses around the world. Yogendraji traveled to the US in 1921 under the name Yogananda, and is credited with having introduced yoga to the country. 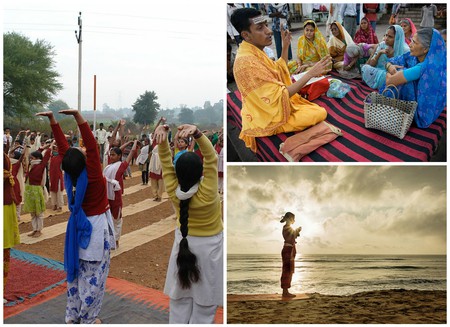 During the time of its founding, The Yoga Institute was the first and only center of yoga offering free classes to men and women, irrespective of caste, class, religion or background. Embodying the founder’s spirit to simplify the knowledge of this ancient practice and impart it such that it can be practiced at every household, the Yoga Institute held workshops and information sessions attempting to reach new students.

Today, the institute is run by Shri Yogendraji’s son and daughter-in-law, Dr. Jayadeva Yogendra and Hansaji Jayadeva Yogendra. The institution has also conducted research, in collaboration with institutions around the world, on the psychological and physiological effects of yoga, as well as published several books on yoga therapy, asanas, pranayam, couples counselling, traditional scriptures, ethics for everyday life, and a variety of other subjects on yoga education.

Along with a variety of teacher training programs, the organization hosts regular classes and workshops. It claims to have certified over 40,000 teachers so far. With a strong belief that yoga is a way of life that comprises of much more than just physical culture, as is generally understood, the institute promotes the application of the simple philosophies behind the techniques of yoga to daily life.