History Of The Jnanpith Award In 1 Minute 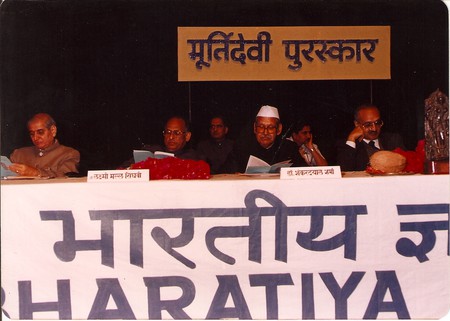 We’re only a couple months away from the announcement of India’s highest and most awaited literary honor – the Jnanpith Award. The award has had a glorious history of more than half a century, recognizing literary heroes from around the country – Kashmir to Tamil Nadu and Assam to Gujarat. Lesser known is how the award didn’t always hold its contemporary avatar. Its glorious history reveals how it has taken shape over decades to become the mammoth honor that it is today.

The idea of the Jnanpith was first conceived in 1961 by the Bharatiya Jnanpith, a literary and research organization founded on 1944 to undertake the research and publication of Sanskrit, Prakrit, Pali, and Apabhramsha texts. Hosting discussions with a variety of top literary figures from the idea, they crafted the idea of having a literary honor program which would recognize the best among books published in Indian languages. They presented a draft of their scheme to Rajendra Prasad, the first President of India, who had taken interest in the idea. Soon enough an award selection committee came into being.

The Jnanpith’s first recipient was G. Sankara Kurup in 1966 for his collection of poems in Malayalam, Odakkuzhal. He was chosen from a final round of four authors including Kazi Nazrul Islam (Bengali), D. V. Gundappa (Kannada), and Viswanatha Satyanarayana (Telugu). In his acceptance speech, Kurup credited the Jnanpith for bringing about the ‘integration of the diverse people of this land on a spiritual plane’. 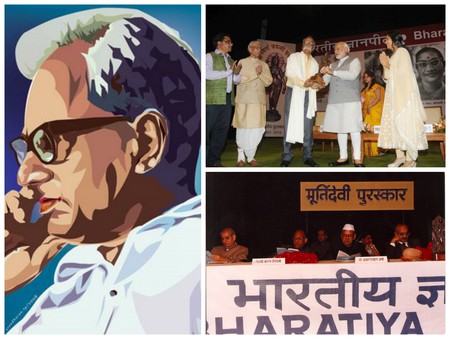 At the time of its conception, until 1981, the Jnanpith was given to the authors for their ‘most outstanding work’, hence Kurup received the honor in 1966 for work that was actually published in 1950. Today, the award, which in essence honors authors for their contribution to literature in Indian languages, looks at work published during the past 20 years, excluding the year of the award.

So how does the committee choose the best of numerous works produced in 22 separate languages? As is expected, the selection process for the award is multi-layered with sub committees choosing the best of works from each language and then submitting their nominations to the Jnanpith Award Selection Board, which consists of seven to 11 members. The Selection Board chooses from the recommendations in each language on the basis of a full or partial translation of the work to English or Hindi.