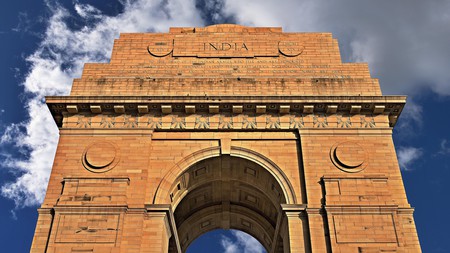 Edwin Lutyens’s New Delhi was created by the British as a counterpart to the medieval sprawl of Old Delhi. After India’s independence, its stately buildings were immediately taken over by the Indian government. Here are the places to see in this colonial part of India’s capital city, home to India Gate and Rashtrapati Bhavan. 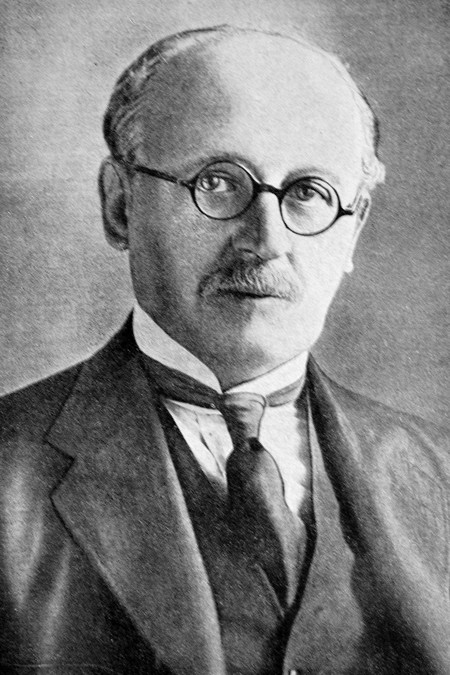 Delhi is a city built on cities. The Indian capital rises over layer upon layer of ruins from vanished empires. Historians talk about the seven cities of Delhi, from the ancient Hindu city of Qila Rai Pithora to the sprawling Mughal alleyways of Shahjahanabad (Old Delhi), but there are eight if you include New Delhi, the orderly enclave built by the British to consolidate their control over the subcontinent.

Stretching south from Old Delhi in a tidy network of grand boulevards, New Delhi was built as a symbol of British power. On 12 December 1911, the capital of India was shifted to Delhi from the restive Calcutta (now Kolkata) to cement British control over the centre of the country, and architect Edwin Lutyens was commissioned to create a new British city as a counterpoint to the medieval sprawl of Old Delhi.

Lutyens imagined his new Delhi as a celebration of colonial ambition, a planned grid of civic precincts and public spaces, gleaming white arcades and grand monuments fusing Hindu, Muslim and Gothic Christian architectural styles. Delhi’s Indian residents were less than impressed, and New Delhi saw just a few short decades as the capital of British India before its stately buildings were taken over by the government of the newly independent India. 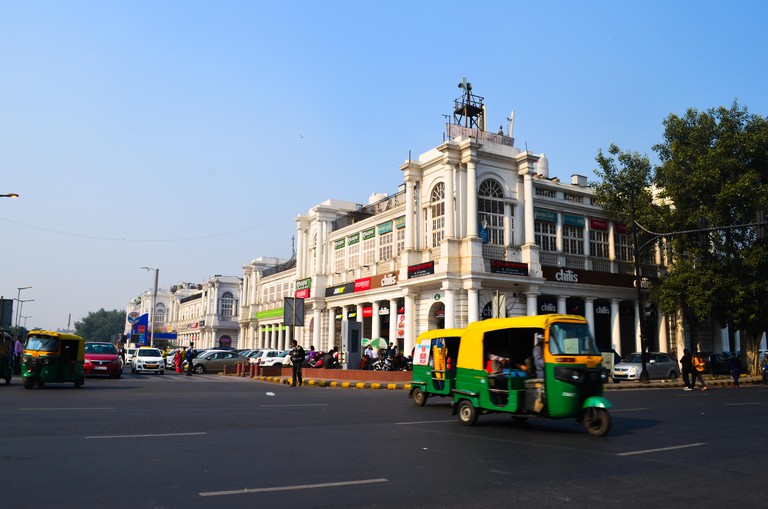 You'd be forgiven for thinking you were on the streets of London when in Delhi's Connaught Place | © Jayant Bahel / Alamy Stock Photo
Marking the transition from Old Delhi to New Delhi, the gleaming white, column-fronted arcades of Connaught Place form one of Delhi’s most identifiable landmarks, and the whole area hums with action day and night. Arranged in concentric circles around Rajiv Chowk park, the white blocks are crammed with chic shops, swish bars and landmark restaurants founded in the boom years after Indian Independence. While exploring the curving arcades, detour southeast of the circle to Hailey Road, where the Agrasen ki Baoli, one of Delhi’s best preserved medieval stepwells, drops unexpectedly in the middle of a busy city street.
Open In Google Maps
Connaught Place New Delhi, Delhi, 110001, India
Give us feedback 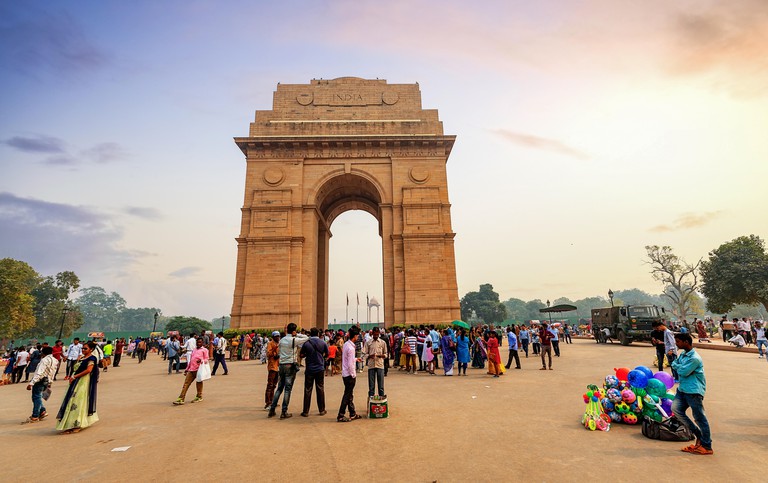 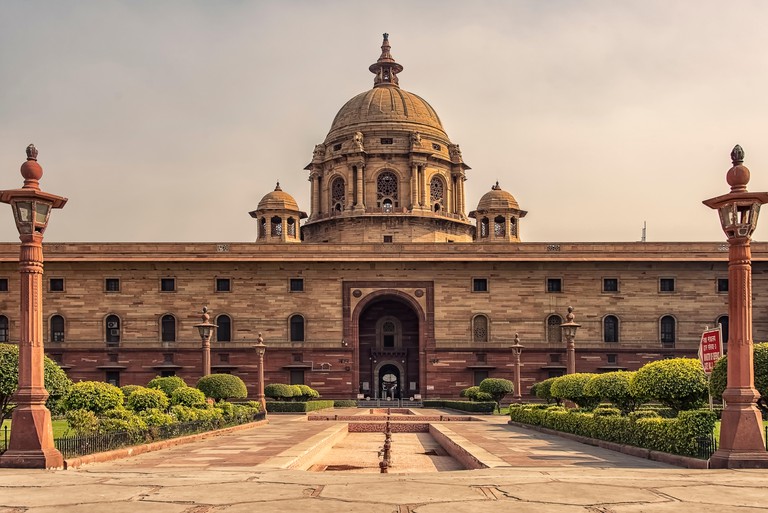 Rashtrapati Bhavan is the home of India's president | © Manjik photography / Alamy Stock Photo
India Gate is just the bookend for a vast parade stretching west to the grand facade of the Rashtrapati Bhavan, passing a string of extravagant colonial buildings housing the modern-day government of India. It’s India’s answer to Russia’s Red Square or the Mall in Washington. The sense of pomp and ceremony is tangible as you wander along this imperial showpiece, the heart of Edwin Luytens’s and Herbert Baker’s blueprint for colonial New Delhi. In the middle of the parade, the dome-crowned North and South Secretariats house the most important ministries of the world’s largest democracy. Looking a little like an Oxford college crossed with a Rajasthani palace, the complex is closed to visitors, but you can wander around the outside and admire the colossal scale of the architecture, clearly built to inspire awe, and just a little fear, of the British Empire.
Open In Google Maps
Rashtrapati Bhawan, President's Estate New Delhi, Delhi, 110004, India
+911123015321
Visit Website
Give us feedback 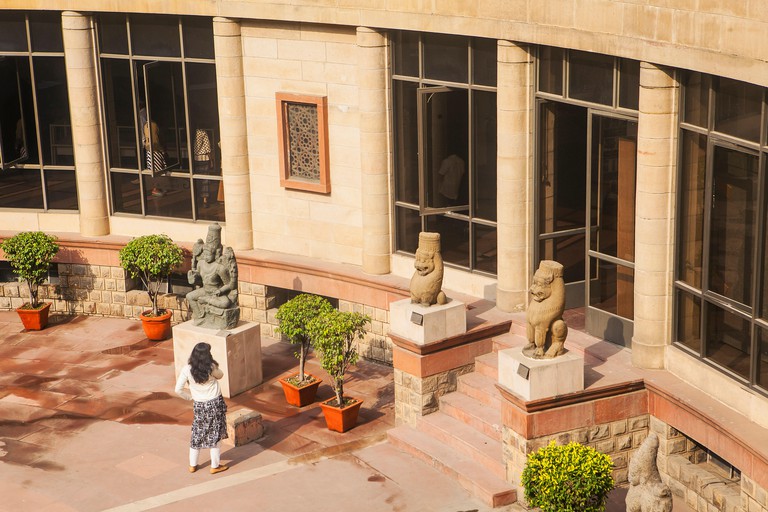 The National Museum in Delhi is home to a wealth of artefacts | © Lucas Vallecillos / Alamy Stock Photo
This large museum houses artefacts dating back to the Bronze Age Harappan Civilisation. Among the 5,000-year-old relics is the famous figurine of the Dancing Girl and a terracotta statuette of Mother Goddess from Mohenjo-Daro. Other fascinating displays include fragments of Buddhist stupas built in the fourth century BC during the Mauryan empire.
Open In Google Maps
Janpath Road, Rajpath Area, Central Secretariat New Delhi, Delhi, 110011, India
+911123792775
Visit Website
Give us feedback 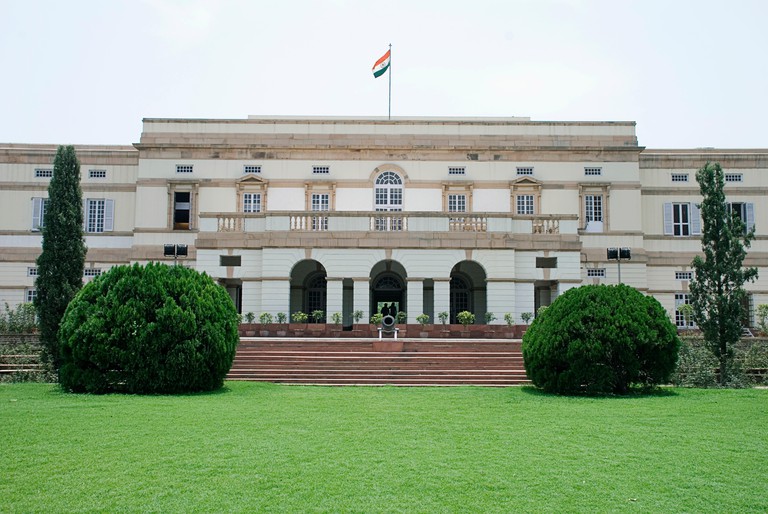 The Teen Murti Bhavan, former home of the first prime minister of India, was built for the British commander in chief, but it feels more like a family home today. Jawaharlal Nehru’s bedroom, study and drawing room are very much as he left them when he passed away in 1964. The walls are covered in photographs documenting the independence movement, and the expansive gardens include a hunting lodge built for the 14th-century sultan Feroz Shah. The house takes its name from the Teen Murti (Three Statues) memorial in the grounds, commemorating the cavalrymen from Mysore, Hyderabad and Jodhpur who died serving the British Army in World War I. 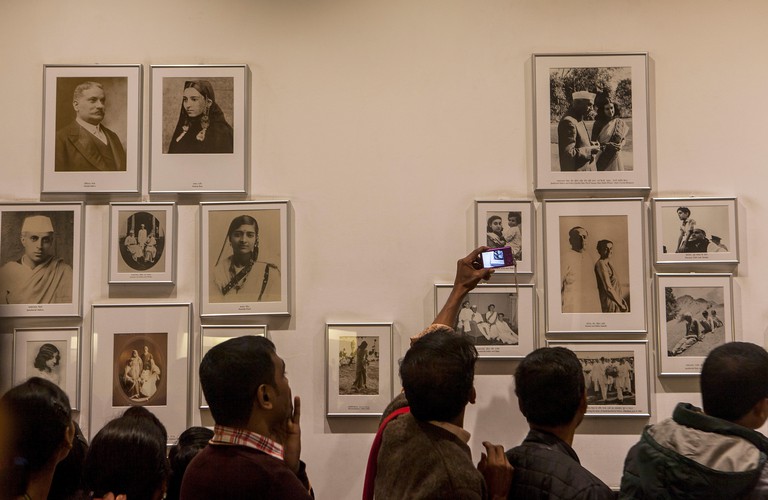 The bungalow in which the Indira Gandhi Memorial Museum is housed has been kept almost exactly as it was on the day of her assassination | © Lucas Vallecillos / Alamy Stock Photo
The home of India’s controversial third prime minister feels like a piece of living history. The calm white bungalow has been preserved much as it was on the day that Indira Gandhi was assassinated by her Sikh bodyguards in 1984, in retaliation for a government raid on the Golden Temple in Amritsar. A pathway through the garden leads to the spot where the prime minister died, and her bloodstained clothes are displayed inside the museum, alongside personal mementos from India’s political first family. A smaller display charts the life of Rajiv Gandhi, Indira’s son, who met a similar sad end, killed by a Sri Lankan suicide bomber in 1991.
Open In Google Maps
1 Safdarjung Road, Near, Delhi Gymkhana Club New Delhi, Delhi, 110011, India
+911123011358
Visit Website
Give us feedback 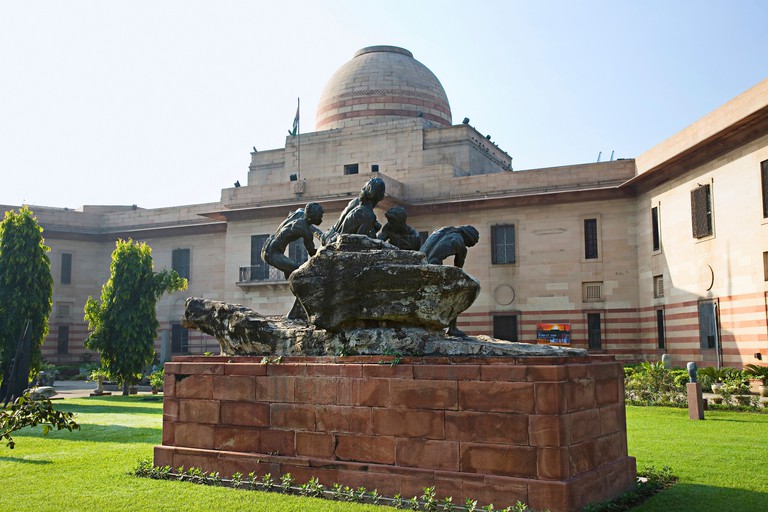 India’s most important art gallery showcases the work of great Indian artists, displayed inside a former palace (one of many) of the Maharaja of Jaipur, built in a curious fusion of Indian and Art Deco styles. Galleries chart the progress of Indian art from the Raj era to the modern day, with works by such luminaries as Rabindranath Tagore and Jamini Roy, and so-called ‘company paintings’ created by Indian artists to appeal to the tastes of India’s colonial rulers. 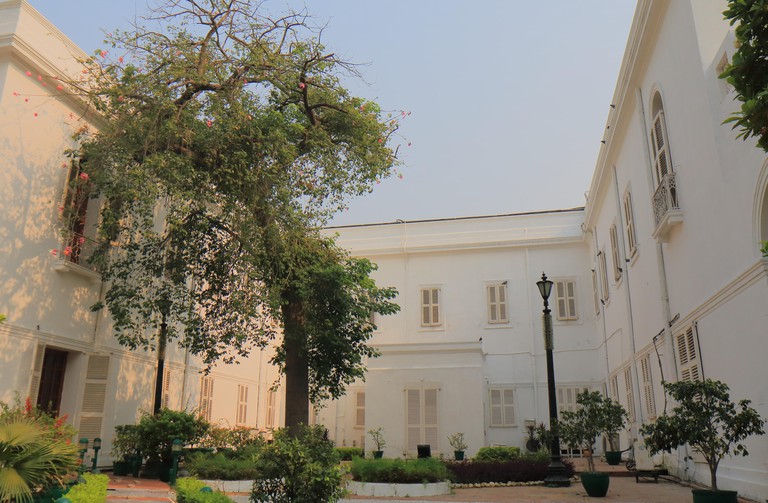 Delhi will be forever linked with the name of Mahatma Gandhi. The Indian independence leader was assassinated by a Hindu extremist in the grounds of Birla House in New Delhi on 30 January 1948, after campaigning against violence between Hindus and Muslims. The home where he spent his last hours is now a moving museum, displaying the Mahatma’s modest personal effects and dioramas of key moments in India’s struggle for independence. Gandhi’s dignified funeral memorial – marking the spot where the great leader was cremated, watched by millions of mourners – is further north at Raj Ghat, on the edge of the old city.

The Imperial Spa and Salon 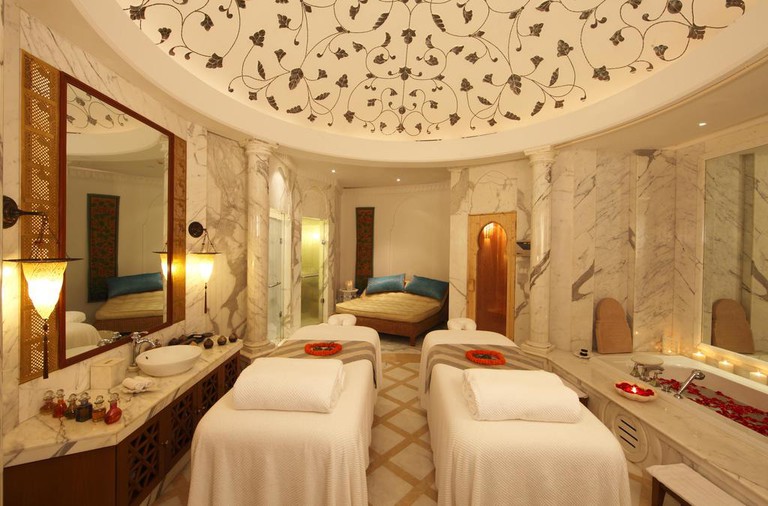 The Imperial Spa is a sanctuary in the middle of busy Delhi | Courtesy of The Imperial, New Delhi
The elegant, Art Deco Imperial Hotel is the grand dame of Delhi hotels, built in 1936 by FB Blomfield, an associate of Lutyens. Dripping with colonial details, the hotel displays one of India’s finest private art collections, including depictions of India by early British painters. Jawaharlal Nehru, Gandhi, Muhammad Ali Jinnah and Lord Mountbatten famously met in the hotel bar to discuss the partition of India. Even today, high tea in the Atrium café is a Delhi institution, complete with tiers of cakes and pastries and fine Indian tea.
Open In Google Maps
Janpath Road, Metro Vihar, Janpath, Connaught Place New Delhi, Delhi, 110001, India
+911123341234
Visit Website
Give us feedback
Give us feedback