Here's Why Indian Women Are Wearing Cow Masks in Protest 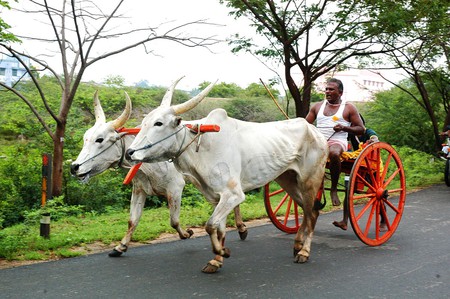 Suggesting that they would probably be safer if they were cattle in the country, women are hoping to bring attention to the despicable state of women’s safety in the country – which arguably has warranted less of a response from the government than the controversial subject of cow slaughter.

Women across India are donning cow masks to mock the ridiculous state of affairs in the country today where crimes against cows are dealt with more rage and seriousness than crimes against women are.

India is currently wracked with controversy over what been called ‘cow vigilantism’. States across the country recently banned cow slaughter as a response to mass protests from Hindus, who believe the cow to be a sacred symbol. Eagerly pursuing heavy fines and long jail terms as punishments, the country’s law enforcement have clearly made a statement regarding the seriousness with which it will deal with cattle slaughter.

Beef is mostly consumed by Muslims and other non-Hindu religious groups, so the ban has been viewed as a sign of the country’s further shift towards Hindu nationalism. 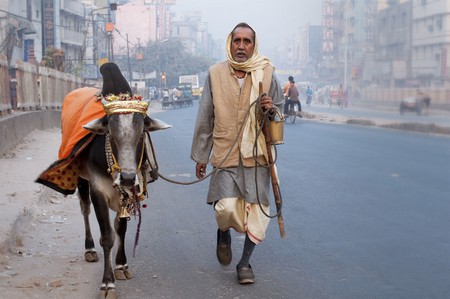 The controversial ban was followed by violence, with mobs across the country taking matters in to their own hands and physically – often fatally – attacking those they believe to have consumed beef or slaughtered cows. As a result, India has witnessed cases of people being killed by vigilantes, restaurants and traders being raided.

The Indian public has called out this selective outrage of mobs at acts of violence against cows and contrasted this against the relative apathy towards other national challenges.

With female infanticide, feticide, rapes, acid attacks and other forms of violence against women rampant and showing no signs of decline, the terrible state of women’s safety is one of India’s most pressing issues today.

Simultaneously a commentary on India’s cow vigilantism and its poor state of safety for women, the cow masks bring attention to the rage and hysteria the Indian public and government has displayed towards cow slaughter – which starkly contrasts their apathy to crimes against women.

While the government has tried to strengthen laws and enforcement to make the country safer for its women, its efforts have often been criticized as inadequate. Preventive measures have neither been able to reduce incidences of sexual assault, nor fight the deep-rooted stigma against women and girls in much of Indian society .