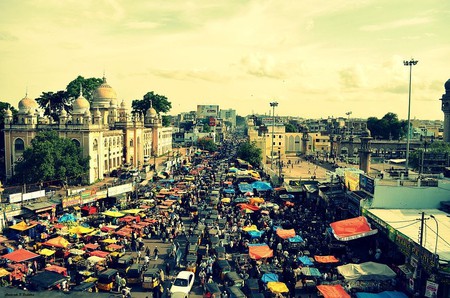 Approximately 410 people were killed each day on India’s roads in 2016. That translates to an average of 17 people dying every hour, placing Indian roads among the world’s deadliest. How did the country’s roads get to this state?

Fatalities on India’s roads have climbed by almost tenfold since the 1970s to reach its current number—an all-time high of over 1.5 lakh (150,000) deaths in 2016. This figure is also a 32% increase from the number of fatalities a decade ago—a period during which 1,304,345 people are estimated to have lost their lives due to road accidents. At the same time, 5,085,691 people have also been seriously injured or disabled on Indian roads. 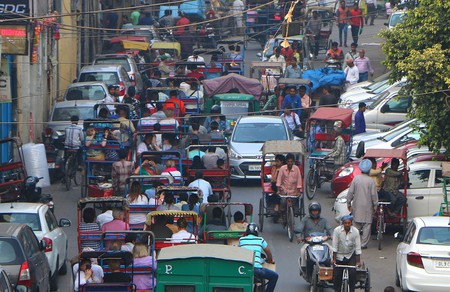 An overwhelming bulk of road accidents in the country have occurred hand in hand with drivers disregarding the law. Over 80% of fatal road accidents have occurred due to human error, with the majority being due to speeding. Many victims were also found to have been using their mobile phones while driving. Almost 20% of victims from two-wheeler accidents (which accounts for more deaths than other types of vehicles) were found not to be using safety helmets. 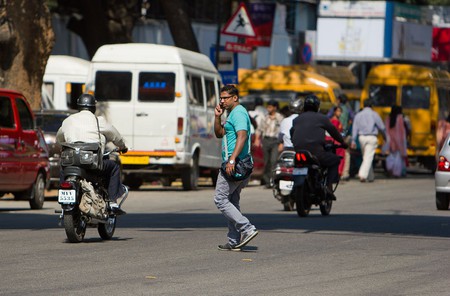 Guy on a phone while crossing the street | © Victorgrigas / WikiCommons

When it comes to road safety, Indian law enforcement is widely acknowledged to be notoriously incompetent—both in ensuring a driver’s competency before being licensed and in enforcing road safety regulations. Attempts at reforming or strengthening rules around road safety have been slow, as have been efforts to revamp traffic law personnel.

Even as the number of lives lost due to road accidents steadily climb around the country, India still hasn’t managed to strengthen its emergency response systems. It is all too common to hear stories of victims bleeding to death on roadsides post-crash as bystanders stand clueless or uncertain of an ambulance’s potential arrival. SaveLIFE Foundation, a Delhi-based NGO dedicated to improving road safety and emergency medical care in India, estimates that over 50% of road fatalities could have been avoided if they had been given the appropriate medical attention in time. 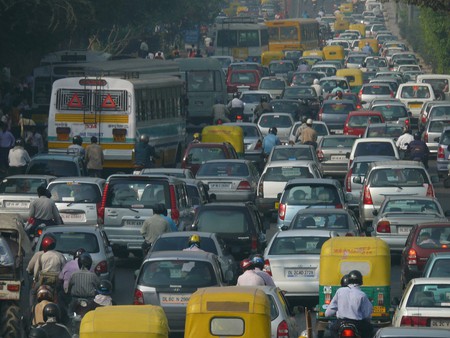 In addition to campaigning for more stringent road safety regulations, SaveLIFE also provides training to drivers for safer road behavior and teaches volunteers how to perform basic emergency care to those in need. Ranging from CPR to how to control bleeding, the training helps not just volunteers but also police personnel so that they can come to the aid of victims until medical care arrives. It also provides a model that can be emulated by government agencies.