Here’s Why India Doesn’t Have a National Sport 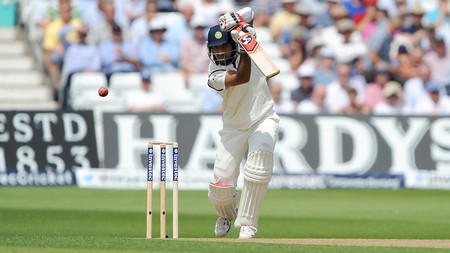 While cricket is a very popular sport in India, it’s not the national sport | © PA Images / Alamy Stock Photo

Every Indian schoolchild is taught that the peacock is India’s national bird, Jana Gana Mana the national anthem and hockey the national sport. However, hockey is not the national sport of India, as schoolgirl Aishwarya Parashar discovered in 2012. We line up the contenders for the title and learn why it’s impossible to choose just one.

If you are one of those yesteryear kids who grew up believing hockey was the national sport of the country, you are in for a shock. No particular sport is recognised as India’s national game, something confirmed by the country’s Ministry of Youth Affairs and Sports.

This revelation came to light in 2012 when a 10-year-old girl named Aishwarya Parashar filed a Right to Information (RTI) request with the Prime Minister’s Office (PMO) to get official declarations on the national anthem, sport, song, bird, animal, flower and the country’s symbol. The PMO forwarded the query to the Ministry of Youth Affairs and Sports. In response to the RTI, the ministry confirmed that it had not declared any sport or game as India’s national game.

Why has hockey been known as the Indian national game for so long? Some would say it’s because of the international success that hockey has gained since its Olympic debut in the early 20th century, making the sport a household name. In 1928, the Indian men’s hockey team made their debut at the Olympics; they won six gold medals between 1928 and 1956 and five other medals through 1980. They experienced a decline in the 1980s and ’90s but came back and won a gold medal at the 2018-19 Men’s Hockey Series. They ranked fourth in the world in 2020, while the women’s team ranked ninth.

However, success comes and goes, and it’s not necessarily the best criterion for deciding a country’s national sport. The next criterion could be popularity, and this would be more than fulfilled by cricket, which is hugely popular in India. Fans worship cricketing legends such as Sachin Tendulkar, and for some, the sport really is a religion. One fan even built a Cricket Ganesha temple in Chennai, complete with statues of the deity batting and bowling.

Cricket, though, is not immune to the growth and decline in popularity, heavily dependant upon the success (or lack of) of the national team – the sport received a huge boost after India won the 1983 Cricket World Cup, for example. Popularity comes and goes, so it’s not a great measure of a sport’s national status. Several other countries have claimed cricket as their national sport, though – the Bahamas officially declared it so in 1973.

Accessibility is another factor of national status. Hockey and cricket are both expensive sports. While hockey requires one stick per player and a synthetic playing surface, cricket requires a bat, a ball and a wicket, and other gear such as gloves and a helmet also come in handy, especially once the sport leaves the playground and starts to be played more seriously. A large section of India’s population doesn’t have the means to afford such sports gear. This fact makes most sports inaccessible to a significant portion of the populace.

Football, on the other hand, is a relatively inexpensive sport. You only need one ball for a game. In many lanes and streets in India, you can find children playing football with a coconut shell or a plastic bottle when they don’t have access to a ball. But unfortunately, the country barely has any standing on the international football scene. Although it’s the second most popular sport in India in terms of people playing it – and local clubs are quite popular – a sport has to have international success to be named a national game. That rules out football. The men’s national team was at the peak of its success during the 1950s and ’60s – they qualified for the 1950 World Cup but did not go for a number of reasons, including their insistence on playing barefoot, which is against FIFA regulations.

Cultural relevance, then, is the remaining factor in deciding a country’s national sport. But India has so many different cultures that it’s difficult to pick one sport that has significance for all of them. Kabaddi – the contact sport in which players tag members of the opposite team and return to their side in a single breath – is popular in the north. It’s thought to go back to ancient times, originating in the late Bronze Age Vedic period of India, and the first official competitions took place in the 1920s, making it a well-established option.

Traditional canoe racing is popular in the south, particularly in Kerala, and football is popular in Bengal. Therefore, it’s hard to find a single sport that is important to everyone.

So, what is the national sport of India? With so many people and cultures, it’s impossible and impractical to choose one game that will appeal to the entire nation. Until India figures out what its national sport is, people will obsess over cricket, play football and kabaddi and read about the glory days of hockey in history books.