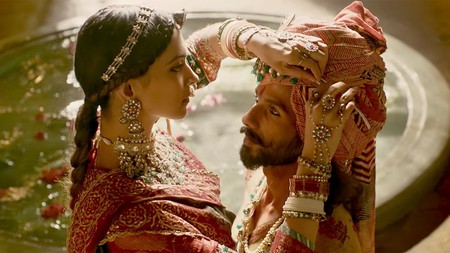 Religious right-wing groups have been calling for a complete ban on Bollywood movie Padmavati, saying it misrepresents India’s history. Most recently a leader from the Thakur community of Meerut in Uttar Pradesh put a Rs 5 crore (£580,000 approximately) bounty on actor Deepika Padukone and director Sanjay Leela Bhansali. Here’s why the period drama Padmavati has been embroiled in controversy.

Padmavati is an epic film directed by Bhansali and starring Padukone, Shahid Kapoor and Ranveer Singh. The story has been inspired by the legend of Rani Padmini (Padmavati) who was a Hindu Rajput queen during the 14th-century. Padmavat, a fictionalised poem, written by Sufi poet, Malik Muhammad Jayasi in 1540 is the first ever source to mention the queen.

The poemdescribes Padmavati as a beautiful princess from a kingdom in Sri Lanka. She was won over by Ratan Sen, the Rajput ruler of Chittor in present day Rajasthan. The fame of her beauty had spread far and wide and even the Sultan of Delhi, Alauddin Khalji wanted to take Padmavati as his bride. A war ensued between the two kingdoms, eventually ending in Ratan Sen’s death. Before Alauddin could get to her, Padmavati, along with other women of Chittor, had committed jauhar or self-immolation.

Bhansali has, however, revealed that his inspiration for the film was not Padmavat but the 1966 film Amrapali.

The right-wing group Rajput Karni Sena has been at the forefront of the protest claiming that Padmavati showcases their queen in an objectionable manner. The group has alleged that the film has a dream sequence where Rani Padmavati is shown romancing Alauddin Khalji.

While the National Award-winning director, Bhansali, has assured that the film will not present any such dream sequences, the protests have continued to take place. This has led the makers of the film to postpone the release of Padmavati, which was initially scheduled to hit cinemas on December 1.

During the shooting of the film in January this year, members of Karni Sena assaulted Bhansali in Jaipur and destroyed filming equipment. Another attack was carried out in March where a mob set fire to the film’s set with petrol bombs. The director is now under police protection following constant threat to his life.

The protesters also prevented tourists from visiting the historic Chittorgarh Fort. A UNESCO World Heritage site, the fort was the capital of the erstwhile Mewar Kingdom.

There have been reports that the film’s producers bowed to the dissenters’ demands and agreed to screen the film in private for the Rajput Karni Sena. The group had ordered that the film be shown to them for approval before release. This move by the producers of Padmavati has, however, received sharp criticism from the Central Board of Film Certification who have said that it’s wrong to screen the film for anyone before it receives official certification.

Interestingly, to date historians haven’t been able to confirm Rani Padmavati’s actual existence. There are no textual references to prove that she was more than just a character in a fictional poem.

Along with the Rajput Karni Sena, Maharajkumar Vishvaraj Singh of Mewar’s royal family and certain politicians have joined in the outcry against the release of Padmavati. The Bollywood fraternity have, on the other hand, lent their support to the film.

The Rajput Karni Sena had previously protested the film Jodhaa Akbar in 2008.