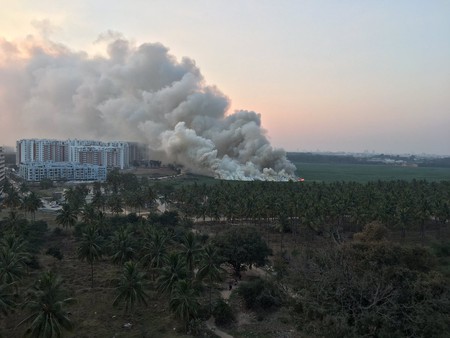 An eight-hour fire on the surface of water might seem impossible, but this is what the bewildered spectators at Belladur Lake in the ‘Garden City of India‘ witnessed in 2015. Breakneck urbanization and gross negligence from the governing bodies have taken their toll on Bangalore’s ecology. Scientists from the reputed Indian Institute of Science (IISc) have delivered a damning verdict: Bangalore will be ‘uninhabitable’ by 2025 if current trends persist.

Spread across 900 acres, Bellandur Lake is the largest lake in Bangalore. Sewage streams from several areas across the city empty into Bellandur Lake every day, meaning that the lake is the receptor for more than 500 million liters of effluents per day. This contaminated water then flows east to Varthur Lake, joining the Pinakini River.

The collection, channeling and dispersion of sewage was robust for Bangalore’s requirements in the 1970s. However, an IT sector boom in the late 20th century saw a great population influx to the city. This has led to Bangalore’s lakes being put in jeopardy. They are in desperate need of recuperation: lakes catching fire and spewing froth is a sorry situation! 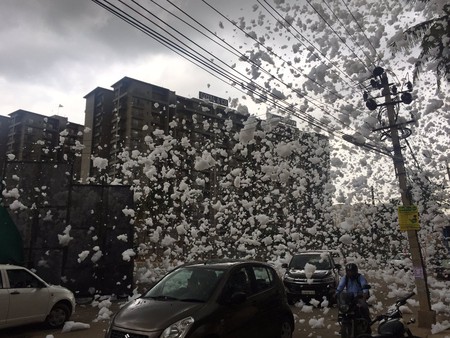 Parakeets don’t flutter like before and the reptiles are dying off in Bangalore’s lakes, especially Bellandur and Varthur Lakes. Because of the overwhelming inflow of untreated sewage, these lakes have turned into a bio-hazard, endangering the flora and fauna. A thick vegetative cover of weeds on the lakes’ surface not only makes them unnavigable, but also devoid of an aerobic system. The formation of the vegetative cover is due to eutrophication: a process involving excessive collection of nutrients from external sources, and subsequent chemical reactions. Further, eutrophication aids in methane emission, thus making the system susceptible to fire.

The first straw in the wind was when Bellandur Lake caught fire in the summer of 2015. This was soon followed by the flying froth phenomenon, which became a nightmare for commuters around Bellandur and Varthur Lakes. The effluents in the water produced a foam-like matter that flew through the air. The toxicity of the flying froth corroded the paint off vehicles and exacerbated allergies and respiratory ailments. It also emitted a horrendous stench.

Several petitions have been filed over the years without any substantial response from the authorities. A Change.org petition addressed to the Chief Minister of Karnataka has amassed 50,000 signatures, thus making a statement. After garnering widespread attention, the problems facing Bellandur and Varthur Lakes are still under administrative deliberation. 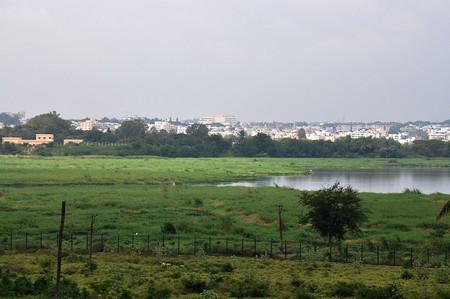 Political infighting and shifting of blame within the local governing bodies is said to be the primary reason behind Bangalore’s current predicament. The responsible parties cast aspersions on each other, while the lakes continue to suffer.

Experts from abroad have been positive about the potential recovery of these lakes. Bangalore’s lakes can recover over time if sewage treatment is given immediate attention. Before Bangalore becomes an ecological disaster, it’s important to understand that this problem is a direct threat to life, not just to the title of ‘Garden City’.