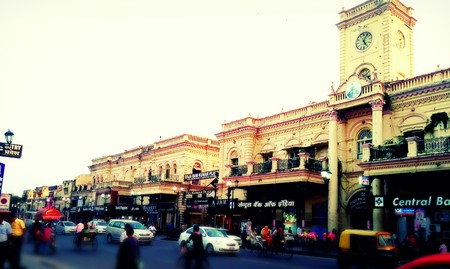 Hazratganj got its name in 1842, and is popularly known as ‘Ganj’. After the First War of Independence in 1857, the British took over the city of Lucknow and Hazratganj was modeled after Queen Street in London. In 2010, after nearly 200 years, Hazratganj received a makeover. Buildings were painted in a uniform color, and stone pavements and Victorian style balustrades were constructed to enhance the architecture.

Lucknow is renowned for the art of Chikankari (Chikan embroidery). It is believed to have been introduced by Nur Jehan, the wife of Mughal emperor Jahangir. Done using various techniques and a variety of textile fabrics, it is a popular choice among tourists visiting the city. At Hazratganj, you can find a variety of Chikan work at numerous stores in the Janpath Market. Hazratganj is also the hub for various other handicrafts and handmade objects. To name but a few, Kashmir Government Arts Emporium and Gandhi Ashram deserve a visit from handicraft connoisseurs. 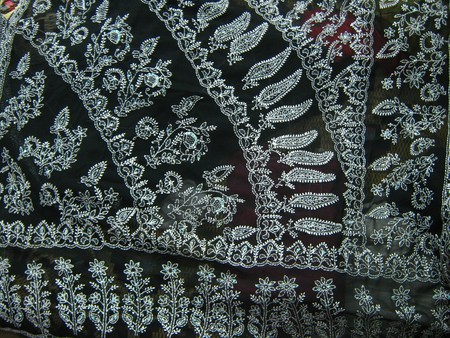 Ram Advani Booksellers in Hazratganj is a famous literary landmark in Lucknow. Ram Advani, the founder of the store, has been revered by over four generations of book-worms. The store has a rather quaint seating arrangement located right in the middle of the room, with book cases and shelves all around. This bookstore, unlike a conventional bookstore, is a paradise for passionate thinkers and intellectuals. Standing tall for over 60 years now, Ram Advani Booksellers is a must visit for every avid reader.

A walk through history

Hazratganj also boasts some of the city’s most iconic historical monuments. The Dilkusha Kothi is the remains of an 18th-century English style house. It was shelled during the Lucknow siege in 1857, leaving only a few towers and external walls, and an unscathed extensive garden. The Residency Lucknow consists of ruins of several buildings, and each of the remains have a different story to tell about the First War of Independence 1857. 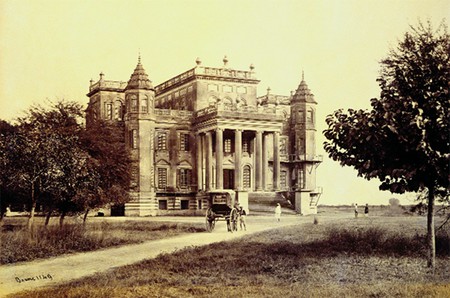 Situated in the heart of the city, the botanical garden of NBRI houses a variety of India’s flora, comprising a collection of over 6,000 indigenous and exotic plants. A must visit for nature lovers everywhere.

When in Lucknow, pamper yourself endlessly with the rich Lucknawi cuisine. Vegetarians and meat eaters alike will be spoiled for choice. You cannot miss the Royal Café’s sumptuous basket chat, or JJ Bakers, which is a dessert paradise for anyone with a sweet tooth. For times when the weather is wonderful, the open air The Cherry Tree Café is a delightful spot for snacks and beverages. 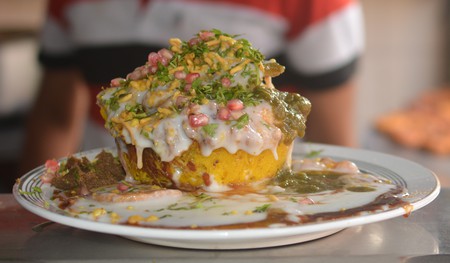 Basket Chat at Royal Cafe, Lucknow | © Pranaykuma12/WikiCommons
Give us feedback