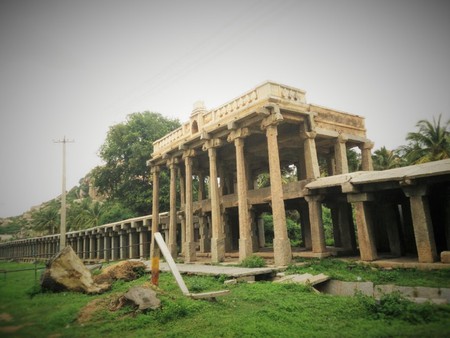 On the banks of the Tungabhadra river lies a quaint city of carvings and ethereal architecture. This is Hampi, a city carved in stone, offering a journey back in time to the ruins of the Vijaynagara Empire, Karnataka. Hampi, apart from being a World Heritage Site, is also a place of popular Hindu worship.

Dedicated to the Hindu God Shiva, this temple dates back to the 7th century, making it the oldest functioning temple in India, as there are regular visitors and festivities including marriages scheduled around the year. The monument is too tall to take in at one glance; after taking few steps back, visitors can behold a large trapezium, which is the entrance to the main sanctum located inside the premises. The style of architecture is representative of the Dravidian Architecture, the highlight of this style being the grand entrance, known as the Gopura. The pyramid-like entrance has carvings of gods and goddesses, and a closer look reveals numerous erotic sculptures too.

The interior of the temple is surrounded with beautiful carvings representing various episodes of the Ramayana. There are strong stone pillars engraved with more sculptures of Hindu gods. Every pillar is engraved with a sculpture that truly reflects meticulous craftsmanship. As soon as you enter, like in every other Shiva Temple, there is a Monolithic Nandi (bull) statue facing the shrine inside. Laxmi the elephant is also waiting to greeting visitors inside, swinging her trunk to bless all who enter. The entrance of the temple is on a pathway popularly known as the Hampi Bazaar. During the medieval ages it is to be believed that precious stones like diamonds and rubies were sold here. 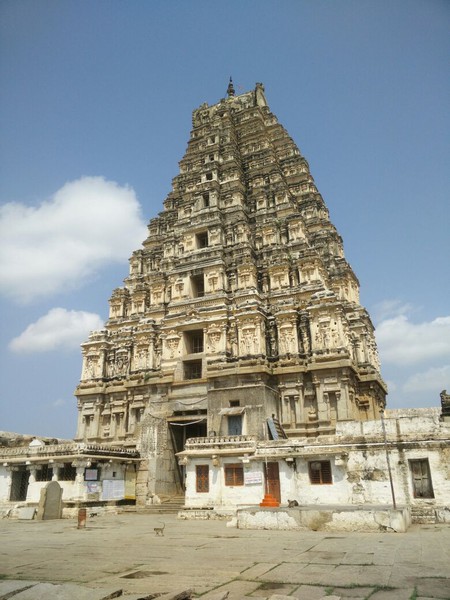 Located on the Deccan plateau in south India, two brothers Harihara and Bukka founded the Vijaynagara Empire in the 14th century. The empire lasted for almost two centuries, only to succumb to the constant wars with the Deccan Sultanates. The most celebrated ruler of the Vijaynagara kingdom was King Krishnadevaraya. The Mughals described him as the ‘most powerful ruler of India’. He fought many wars and contributed to the rich architecture of the kingdom. The Krishna Temple, the magnificent stone chariot was constructed during his reign. 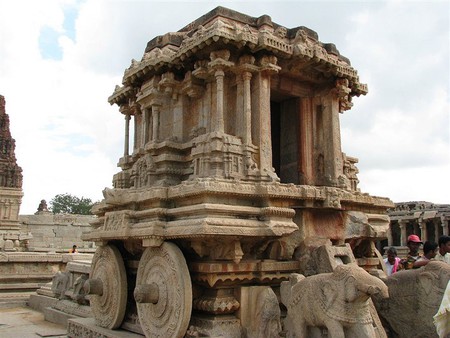 Built during the 14th century, this temple displays the grandeur and complex craftsmanship of the period. The Stone Chariot temple is carved out of a single block of granite and resembles the Konark Sun Temple chariot. There is a strong influence of Dravidian architecture throughout this temple. Ornate Mantapas (porches) and Musical Pillars are some of the unmissable sights here, along with the Stone Chariot temple. The musical pillars literally have musical instruments carved into the stone and during the period they were fully functional instruments in use. 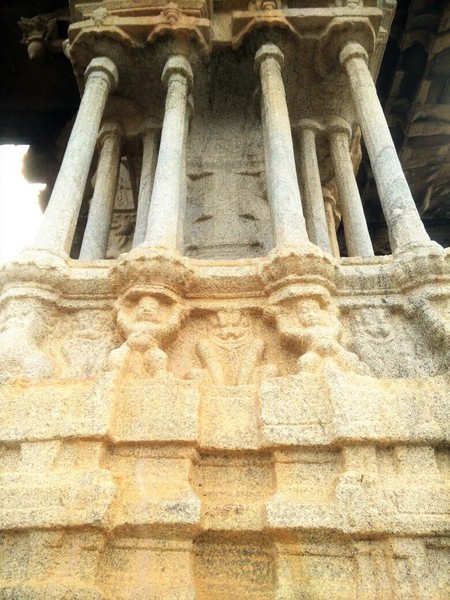 The Royal Enclosure consisted of numerous buildings all housing the royal families. It has three entrances, each leading to various other temples and locations. The enclosure’s main features are the well decorated hall, the underground secret council chamber, and a pooja room. There is the public bath to which water was bought in through canals carved out of monolithic stones.

One of the other prominent sites inside the Royal Enclosure is the Mahanavami Dibba. This is a pyramid structure eight metres in height, offering an excellent panoramic view of the Royal Enclosure. The platform was used by the royals for important Hindu festivals like Navratri. The entire platform is engulfed in splendid sculptures representing the era, such as warriors astride elephants, chariots with horses, and warriors with bows and arrows, depicting the art and culture at that time. 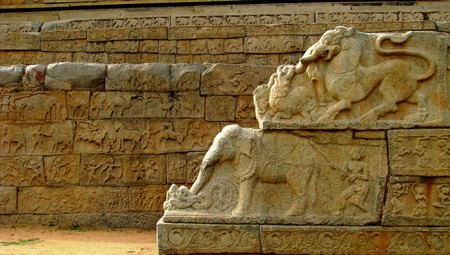 Typical Sculpture On the Mahanavami Dibba

The southwest side of the Royal Enclosure consists of the Queen’s Bath: a huge pool surrounded by traces of Indo-Islamic architecture. It has high walls with decorated pillars and balconies embellished with ornate designs. Each balcony has a pointed arch and a dome-shaped entrance, indicating the strong influence of Islamic architecture. 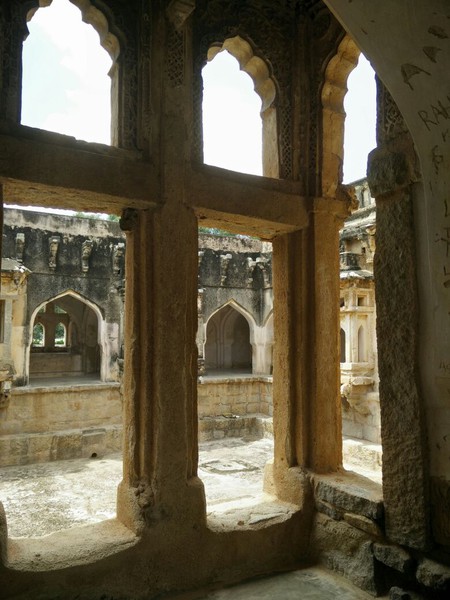 A group of temples are clustered on the Hemakuta Hill, from which the grand Virupakshi Temple can be seen. The hill is characterized by its enchanting pillars standing strong through centuries. There are no less than a thousand pillars here. The architecture used has a strong Buddhist influence, seen in both the pillars and the porches. Time your visit here for sunrise or sunset, where the light renders everything extraordinary. 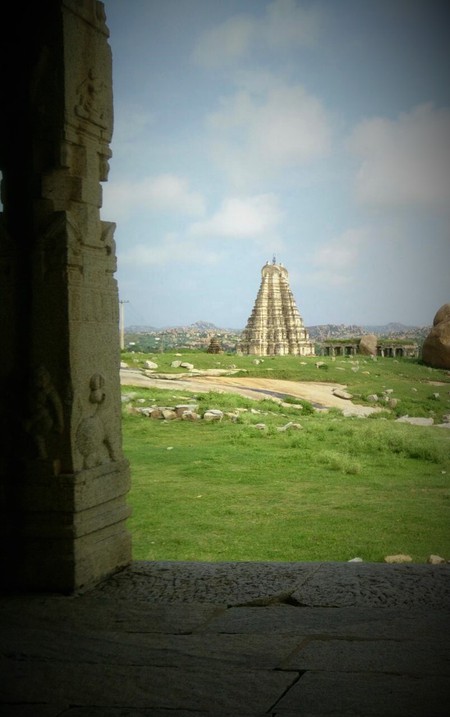 The Underground Shiva Temple is located down a broad, sloping staircase. There are numerous pillars here, and the overall structure is surrounded by lush green lawns and the rawness of granite. The architecture here is much simpler, and is the perfect way to end such a visit filled with such beauty. 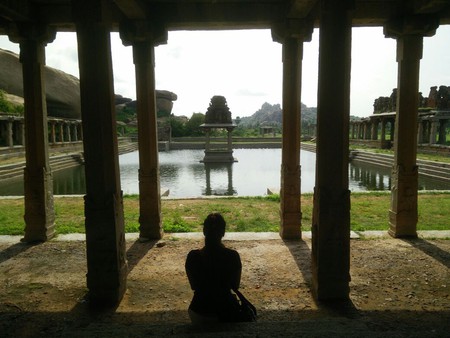 The Underground Shiva Temple
Give us feedback