10 Of The Best Restaurants In Goa, India 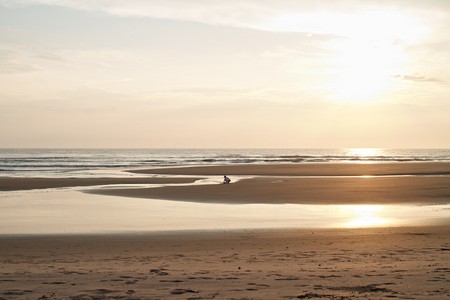 Once a Portuguese territory, Goa is India’s smallest state. It boasts a regional cuisine famous for its mixture of Portuguese and Indian flavors, including seafood, coconut milk and rice. From laid-back street-food sellers and cozy seaside shacks to candlelit high-end restaurants, Goa has a truly vibrant dining scene. Following our previous guide, here are 10 more cultural restaurants in Goa.

Situated in the heart of Goa’s capital city, opposite the beautiful Garcia de Orta Gardens, the elegant and sophisticated restaurant Upper House specialises in traditional Goan cuisine. Spread over three hall, Upper House consists of a casual cafeteria overlooking the busy streets, a traditional British pub and a high-end restaurant, featuring well-known Goan dishes often retaining the Portuguese influence, such as the cafreal, a lightly spiced chicken in a green masala gravy that originated from Portuguese merchants from the colonies. The menu highlights include balchao, asalt-mango pickle, crab xec-xec, crab cooked in a thick, roasted coconut sauce and vindaloo, a curry dish made with meat, palm vinegar and Kashmiri chilies.

A legendary restaurant and a well-known staple of Goa’s restaurant scene since 1955, the charming and laid-back Hotel Venite features traditional Goan cuisine. It serves delicious vegetable vindaloo with rice and spicy Portuguese inspired chouricos, (spiced sausages) or mouth-watering masala prawns. The little balconies lit up with dim lights, slightly rickety tables, coconut-skin lamps, walls covered in old and new graffiti and Goan artworks add to its quirky and off-kilter charm. This restaurant is a great place to sit back, relax and take in Panjim, Goa’s capital city, whilst watching the world go by. 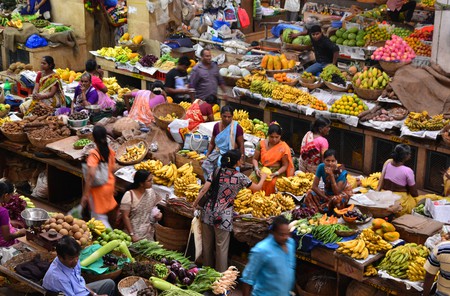 When looking for a break from heavy, coconut-rich South Indian cuisine, the cozy and romantic Tuscany Gardens restaurant is a perfect choice. Open since 2007, the restaurant prides itself on serving simple yet delicious Italian food, including its specialty – thin crust pizzas and homemade pastas. However, the seafood and fish dishes do reflect Goan tastes, with plenty of emphasis on prawns, tuna and calamari. Dishes are reasonably priced and the owners make every effort to pair food with locally produced Indian wines. 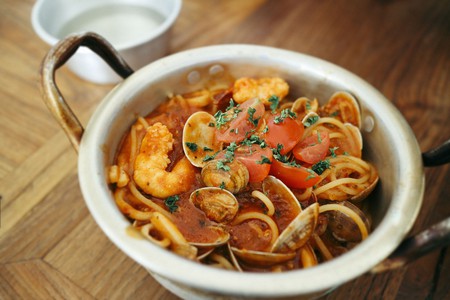 Tucked away from the main beach side roads in the narrow lanes of Nerul village, this family owned restaurant offers an authentic taste of Goan homemade food. Bhatti Village has no menu and its dishes change according to the season. Best-known for its gaboi, a fish roe, the restaurant also offers such culinary delicacies as samarachi kodi, dried prawn curry, pickled mackerels, kidney beans and baby corn curry. The lack of air-conditioning is easily forgotten when exploring the curious collection of artifacts and antiques owned by the family. Treasures include huge casks previously used to store a locally brewed liquor known as fenny, and a giant whale rib which has been converted into a glass rack.

Started by Goan couple Ronny and Suzzete Martins, who wished to preserve the traditional flavors of home-cooking, this restaurant is the place to go for a taste of rare dishes from different corners of Goa. After extensive research over the years, the owners have created a spectacular and unusual menu, reflecting both Goan and Portuguese ways of cooking. Menu options include the Mum’s Kitchen special, bimbli udamehti, a vegetable dish made with roasted coconut and spices, which is a favorite in Hindu households. The spacious and air-conditioned dining area, with ceramic tiled tables, antique artifacts and garden view, ensures an intimate and relaxed atmosphere. 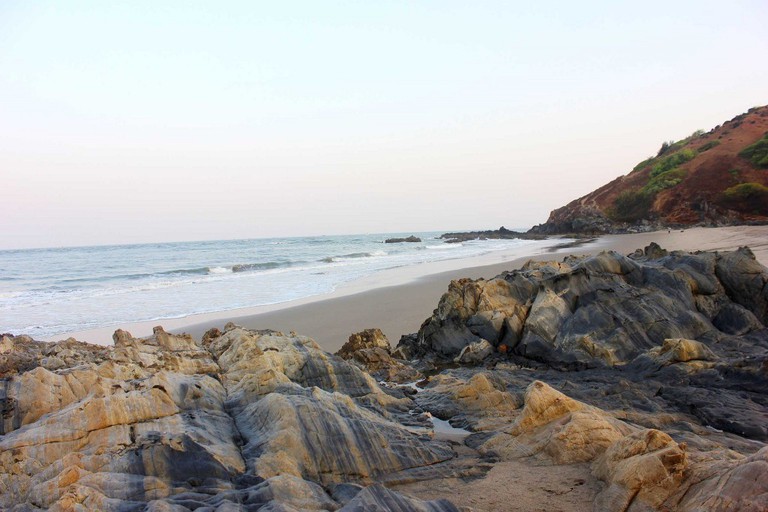 Vagator Viewpoint | ©Joel's Goa Pics/Flickr
One of the few authentic Greek taverns in India, the lovely Thalassa is a particularly good find. Offering spectacular views over Vagator beach, especially at sunset, this is a charming, open-air restaurant. From tasty appetizers such as melitzanosalata, a simple eggplant dip, to mouth-watering meats such as pork chops and spare ribs from the grill, the restaurant brings the taste of the Greek islands to Goa. Fresh produce is key to producing the house favorites, which make the most of local seafood. 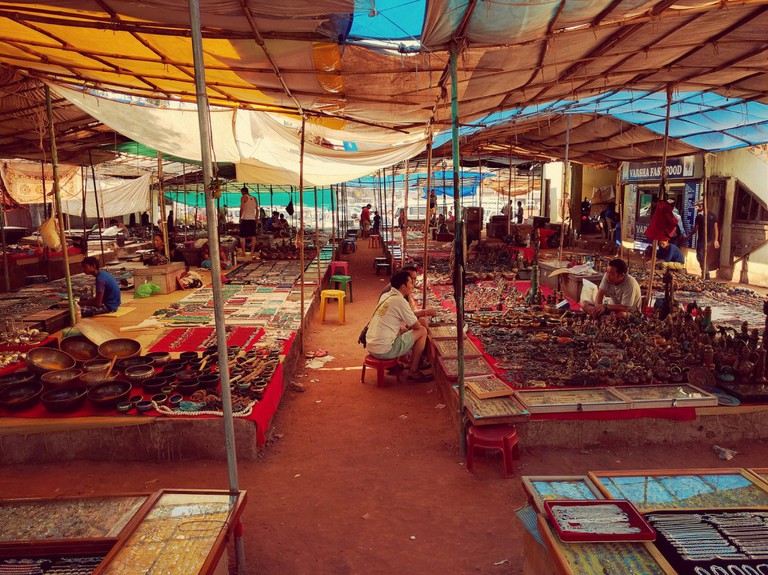 Market, Calangute | ©Pixelmattic WordPress Agency/Flickr
A Reverie restaurant serves contemporary European cuisine, with occasional Asian and South Indian twist. Its located on Calangute’s popular and vibrant Holiday Street, and menu highlights include such diverse dishes as wasabi prawns, porcini mushroom soup, bruschetta with Goan sausage, teriyaki boneless chicken and the Belgian chocolate parfait. Pair your meal with a glass of Indian or European wine from one of the best stocked bars in Goa.

For a light European meal and an escape from the heat of the beach, Cafe Chocolatti is a great choice. Snuggled in the green and lush outdoor garden, this lovely tearoom serves not only great English tea and strong coffee, but also a large variety of quick bites, nibbles and light lunch options, including crispy panini, light quiches, sweet crepes and fresh salad. As the name suggests, the restaurant’s specialty is everything to do with chocolate, from hot chocolate to chocolate desserts and cakes. The restaurant is also known for its English cream tea, offering freshly baked scones with homemade strawberry jam.

Anybody up for a waffle? Photo by : @arpandiv 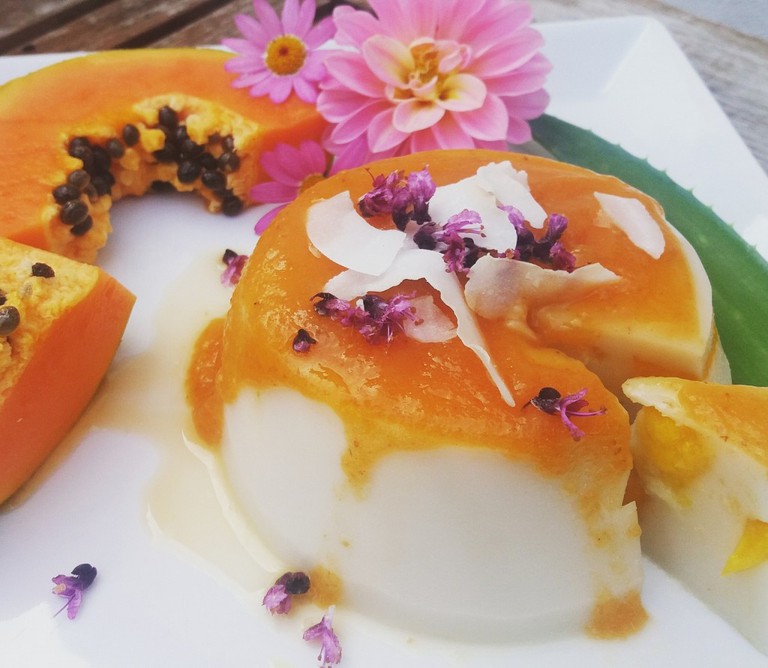 Panacotta | ©Pixabay
One of the few Burmese restaurants in South India, the chic and sophisticated Bomra’s restaurant offers a contemporary take on traditional Burmese cuisine. Situated in a lovely, lush garden, the restaurant offers a three-course meal or a la carte options. The menu highlights include Burmese pickled tea leaf salad with dried shrimp and fish sauce, and a traditional Burmese dish made of coconut milk, curried beef or chicken, lemon juice and noodles, known as khow suey. For the desserts guests can choose between coconut and jackfruit pannacota, lemon grass and ginger creme brulée and spiced poached figs with frozen yoghurt.
Give us feedback