Goa is Going Cashless. Here's What This Means for Your Trip! 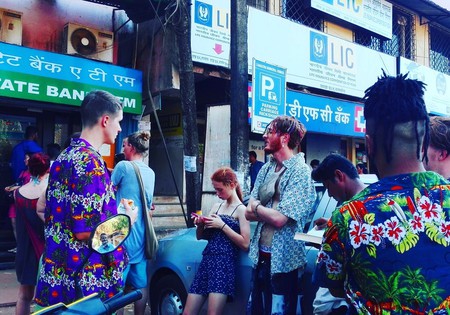 Goa remains one of the most loved and top visited Indian states among foreign tourists. Over the past two years, there’s been a lot of talk of Goa moving towards a 100 percent cashless society and complete digitization of payment transactions. So what does that mean if you’re a traveller from abroad and how will it impact your trip?

What has been said so far on the matter mostly concerns Indian nationals. Just how much this state initiative will impact foreign visitors specifically remains a bit of a grey area.

As of now, cash machines are still available for cash withdrawal in Goa | © Lucy Plummer

Local news reports have stated that although the aim is complete digitization, cash transactions will not be banned completely. The government will, however, be pushing hard for the adoption of digital modes of payment across the state, from large transactions to small vendors, so some impact seems possible.

It has been said that all government transactions (mostly those applicable to Indian nationals, such as utility bills, charges etc) will certainly be going digital, but the status of everyday transactions and those relating to foreigners require further clarification.

So, before thoughts of high bank charges and blocked debit and credit cards stir panic, a brief look into the ground reality of things is necessary. What does a cashless Goa entail and should you take steps to prepare for it?

Shortly after India’s 2016 demonetization, (a drive to cleanse India’s economy of its unaccounted-for cash, or ‘black money’), Goa announced its plans to digitize all modes of financial transactions and become India’s first cashless state.

At the start of 2018, further announcements followed declaring that by October 2018, Goa will have implemented ‘100 percent digitization’ and from that time onwards, no government payments will be accepted in cash, except for emergency requirements.

Goa, India’s smallest state, has claimed that the majority of its residents are already using their ATM cards for most transactions. ‘Less cash means less corruption, less cash (means) less evil and at the same time an improvement in the state income,’ says Goa’s Chief Minister, Manohar Parrikar.

Adding to this is the fact that Digital India is on the rise and major innovations and developments in e-commerce are rapidly changing the way Indians are spending and receiving money. As a whole, the country is more connected than ever and locals across the country are embracing technology and using it like never before. By becoming 100 percent cashless, Goa is indeed paving the way for a drastic change in India’s ease of payments. 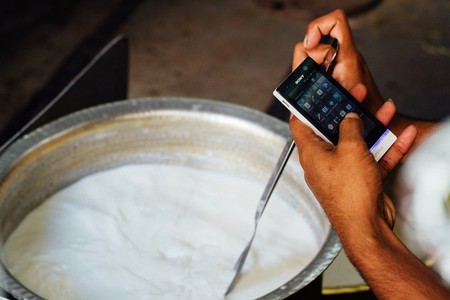 How is Goa going cashless?

Much of the services offered within Goa’s tourism industry are introducing systems that have facilitated cashless transactions, both online and offline, including through online web portals, mobile apps available on iOS and Android platforms and standard POS machines.

In addition, locals are increasingly turning to existing third-party booking portals to advertise their businesses and services. This past year has seen a surge in the volume of accommodations appearing on popular accommodation booking site, Airbnb.

Mobile banking is a major player too as mobile banking apps, such as Paytm, allow easy and instant payment transactions through a mobile phone number or by scanning a barcode on the downloaded app.

So, should I be worried about my trip to Goa?

Based on the information given up until now, it doesn’t look like foreign nationals need to worry. Until clear guidelines have been provided or alternatives announced, there are no signs of stranded foreign tourists in Goa unable to use cash.

Post October 2018, it is unclear as to where and who will be accepting hard cash payments in Goa. Working cash machines are still available for cash withdrawal, as well as foreign exchange booths at the Goa International Airport, so getting your hands on cash isn’t an issue. Where you will be able to spend it though is a question that is left pending for now.