Getting Around Goa: Everything You Need to Know 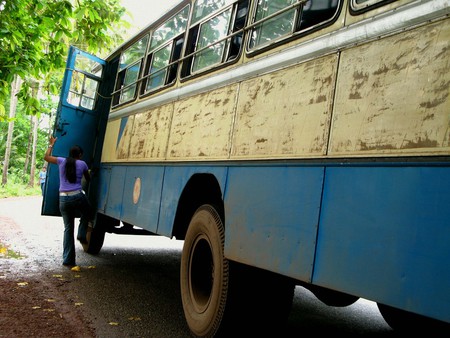 Goa has plenty of public and private options for travel, depending on your budget and preferences. Public transport options include an extensive network of privately-owned buses linking major towns to villages, which also run between villages. Hired transport options include pre-booked taxis, auto rickshaws, taxi bikes or ‘pilots’, cars, scootys and bicycle rentals, as well as privately booked chauffeur cars.

It’s not well known, but there is a local bus that runs from Dabolim International Airport to the nearby city of Vasco da Gama (approximately 23 minutes), from where you can find connecting buses to Margao (for beaches in South Goa) and Panjim (for beaches in North Goa). The bus stop, or more accurately, the place in which you can flag down the bus, is a spot on the main highway to the right side of the exit doors. When you step out of the airport, head right and keep walking downwards towards the highway. When the public road begins, immediately turn left and you will see a few public buses parked, all going to Vasco. Sometimes, there are locals already there waiting, in which case you can just join them. The ticket price to Vasco da Gama is INR8-10.

Travelling by local bus in Goa is without a doubt the cheapest option. Buses connecting to and from the more urban areas of Goa are plentiful, straightforward to use and the majority of the time they run as per their schedule. And once you know how to use them, they are also the funnest option as you get to have a good old chat with the locals. Buses that run between local villages, however, are less frequent and don’t always run on schedule.

Renting a bicycle in Goa is usually very easy during high season (December-March) and most of the popular beaches will have plenty of options. Bicycles can be rented on a per-day or per-week basis. If you’re staying longer (a month or more), it’s worth asking for discounted rates.

• The destination, as well as major stop off points, are written on a board in English on the front of every bus. If you’re unsure of where a bus is going, ask a fellow passenger or the conductor. People are generally always happy to help.
• You can jump on a bus at designated bus stops or bus depots in main towns. They can also be flagged down pretty much anywhere so don’t worry too much about getting to a bus stop in time.
• Buses usually have two doors, front and back, and can be boarded and exited via either one. Once you’re on, grab a seat (if you’re lucky) and the driver will come around to collect fares. Note: Try and have the correct change or at least small bills as some drivers will refuse to take big bills.
• Kadamba refers to the local main bus stand (Panjim Kadamba, Margao Kadamba etc). 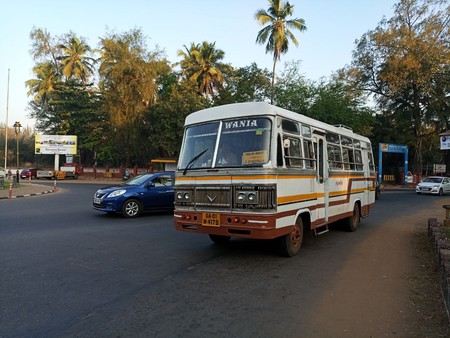 If you are looking for comfort and practicality and have that extra cash to pay, these are your best options. However, it should be known that travel by private taxi or auto rickshaw is the least cost-effective way to travel Goa as there is no metre system, meaning drivers can charge what they like – and they do. Officially, the fixed price allotted by Goa’s government for rickshaws is INR7 per km and for cabs, INR8 per km, however, this is most often not followed and not enforced. Both taxis and auto rickshaws can be pre-booked, alternatively, you can flag down an auto rickshaw when needed.

A scooty (local word for scooter) is a very popular option in Goa and the most preferred mode of transport, not just for visitors but for Goans themselves. Scootys can be rented from all major towns, popular beaches and even within some local villages. You can expect to pay a daily rental cost of anywhere between INR350-500, depending on the time of hire. Discounts can usually be worked out for longer term rentals and are always worth asking about. There are geared bikes as well ranging from INR400-1,000 per day. You’ll also need to rent a helmet as it’s mandatory in Goa and you could end up with a fine for not having one if caught by the local police.

• Agree on a fixed price with the driver before you get in to avoid conflict over prices once you reach your destination. You should already have a price agreed for pre-booked taxis, so this applies more for taxis/auto rickshaws that you have flagged down on the street.
• Having access to a GPS on your mobile phone is desirable so that you can track your journey yourself. Many drivers can try to take longer routes to demand more money. Also, drivers may say they know where the location of the place that you want to reach is, but don’t actually and you can end up going round in circles if neither of you knows.
• Befriending a local who can give you contact details for trusted taxi and auto rickshaw drivers will help save you money and hopefully, save you from getting ripped off. 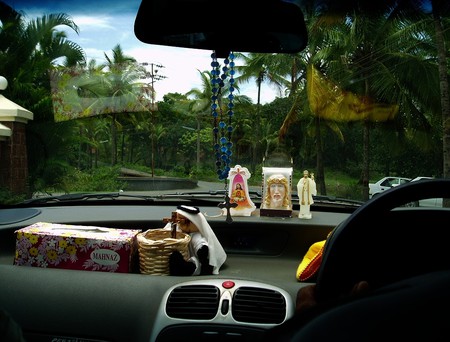 Private chauffeur cost: This depends on where the booking is made. For reliable and trustful services, book at either the airport or through your accommodation.

If money is not an issue or if you want the complete freedom to travel as and when you like, then renting a private car with a driver is a good option. The going rate in Goa right now is anywhere between INR3,000-5,000 per day including your own driver, a private car and fuel. Most drivers are hired on a per day basis so unless you are planning to spend a full day sightseeing, then you’re better off using a pre-paid taxi service to drop you off where you need to go.