The Islamic Festivals Of India Explained 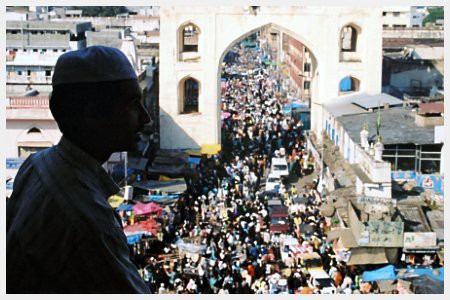 Islam may be termed one of the ‘minority’ religions of India, but its major festivals are well-known and observed throughout the country in ways that transcend cultural borders. Often, Islamic holidays coincide with or fall very close to other major religious festivals, (such as the overlap of Ganesh Chaturthi and Eid in 2015), and it’s not uncommon for celebrations to take on local flavors and custom. Here’s a look at five major observances and their respective significance.

Also known colloquially as Ramzan-Eid, this is arguably the most well-known of Islamic festivals. It marks the end of the month of fasting and is observed by offering special prayers in the mornings, following which most people don new clothes, visit family and friends, exchange sweets and gifts, and of course, indulge in a lavish feast. The celebrations in fact commence from the night before the festival, which is known as Chaand Raat – night of the moon sighting. Devotees go shopping for new clothes at all-night bazaars, young girls and women get their hands adorned with mehendi, and food preparations begin.

However, contrary to popular perception, Eid food is not solely about biryani and kebabs. Traditional festive delicacies in India include samosas stuffed with spiced, minced meat or keema, sheer-khurma, seviyan, kheer and regular assorted mithais or sweetmeats of laddoo, penda, barfi, etc.

Recent years have seen festivities blossom into much pomp and extravagance with many people frequenting Eid melas and bazaars, spending the day at public gardens and malls, and of course, catching the latest Salman Khan flick at the cinemas. 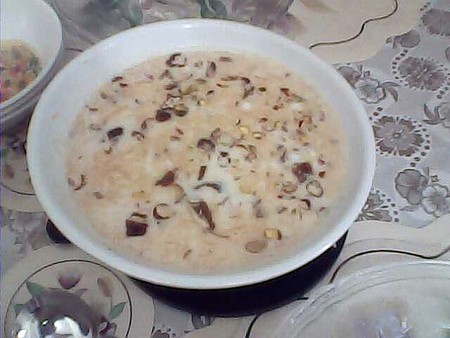 Known as the Greater Eid, Bakra Eid or the Feast of the Sacrifice is more directly associated with biryani and other meat delicacies that are traditionally prepared after the sacrifice of a goat/lamb/ram or other (specified) animal. It marks the culmination of the Hajj pilgrimage to Mecca and commemorates the Prophet Ibraham’s willingness to sacrifice his son Ishamel as an act of submission to God.

One third of the meat obtained is consumed by the immediate family, one third is donated to the needy, and one third given to friends and extended family

Sadly, due to the sensitivity surrounding beef consumption in India, Eid-al-Adha is often laced in controversy and misunderstood. Moreover, recent times have seen the ritual morph into one of much greed, gluttony and exuberant displays of wealth. 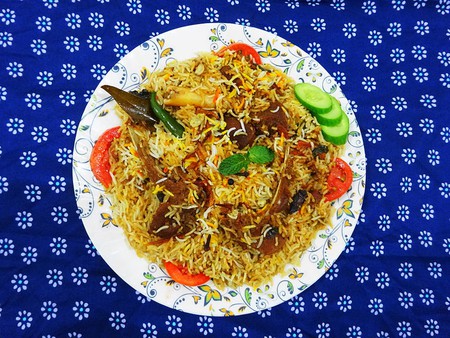 Not many know that the Muslim New Year commences with the month of Muharram, considered to be the second holiest month after Ramadan. However, it is a month of mourning and is observed with slight variances by Sunni and Shia Muslims. The tenth day of Muharram, known as the Day of Ashura, commemorates the death of Hussein Ibn Ali, the grandson of Prophet Muhammad, in the Battle of Karbala. It is observed by Shia Muslims as a day of great sorrow, publicly demonstrated through taziya processions and matam. Taziya is a theatrical reenactment of the Battle of Karbala, while matam involves chest-beating and self-maiming as an expression of grief. Needless to say, the New Year in Islamic tradition is not an event to be overtly ‘celebrated.’ 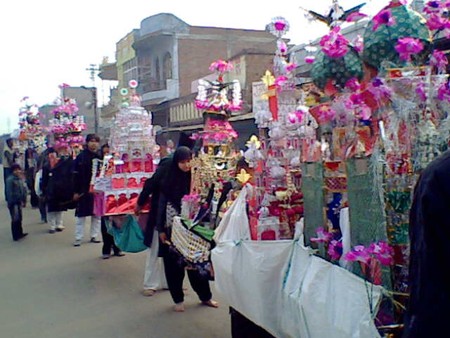 The birthday of Prophet Mohammad is also known as Mawlid and takes on local flavors in various parts of the world. There is an emerging trend of commemorating this day with much fanfare, song and dance that are not part of traditionally modest Islamic observances. Homes and mosques are decorated with lights, and religious congregations are held to honour the Prophet. At the Hazratbal shrine in Jammu and Kashmir, night-long prayers are held, following which the relics of the prophet are displayed for the public. Scholars and preachers of the Wahabi sect denounce the celebration of this festival, claiming it to be an innovated rather than authentic/prescribed religious observance.

Roughly translated to mean ‘night of records,’ this is considered to be the night that old sins are forgiven and fortunes for the coming year are decided. Special prayers are offered at mosques and deceased family members are honoured by visiting their graves and offering fateha. In many households, halwa is prepared and distributed to neighbors, friends and the poor. The types of halwa differ vastly and many Indian families have very specific recipes that have been passed on down the generations. 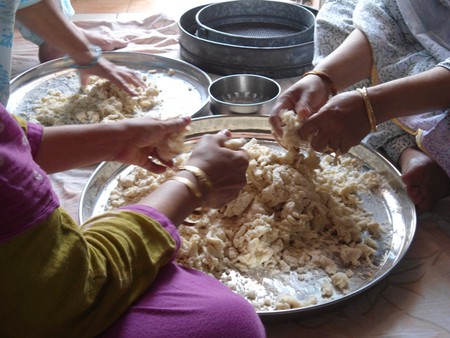