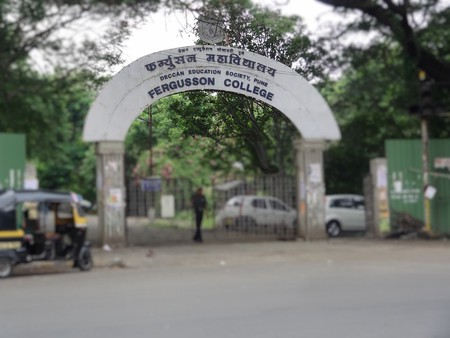 Fergusson College Road is a busy, one-way road (Deccan Gymkhana to Shivajinagar) located at the heart of Pune. Here are some changes that have occurred over time on FC Road and in the neighboring areas while the unique identity of the road has remained intact. 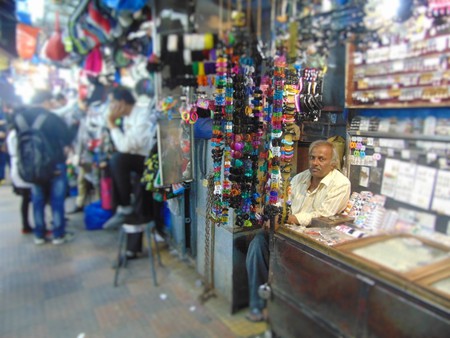 A vendor of women’s varieties items in Hong-Kong Lane exhausted after some tough haggling. | © Gaurav Lele

One of the liveliest streets in Pune, Fergusson College Road is a youngster’s delight. Located centrally in the ever-expanding city of Pune, FC Road is home to many of city’s famous restaurants, street food joints, and street shopping areas. Proximity to the city’s premier educational institutes (Fergusson College, BMCC, Apte College, COEP) and city’s residential areas means that this one-way road is always filled with youngsters eager to eat, shop, and hang out. Though the FC Road region has maintained its Puneri identity in a rapidly changing Pune, some things on it have changed beyond recognition.

HongKong Lane, a narrow lane of crowded and tiny shops connecting FC Road with Jangli Maharaj Road, was set up in 1961 in a relocation scheme by Pune Municipal Corporation (PMC) after floods consumed a handful of shops located elsewhere. Once popular for selling imported goods (especially imports from Hong Kong), this lane has since diversified, selling a variety of commodities like clothing, junk fashion items, cosmetics, jewelry, luggage, purses and bags, leather/rubber items, and even books.

In 2011, before smartphones had captured the masses, HongKong Lane had three tiny shops which acted as book and magazine stores. While two of these stores sold original and pirated copies of books, the third shop — Tanna Book Depot — sold only originals (new and used) and ran a library of secondhand books. This store even offered 20–30% discounts on the new arrivals — very rare in the pre-Flipkart/Amazon era. 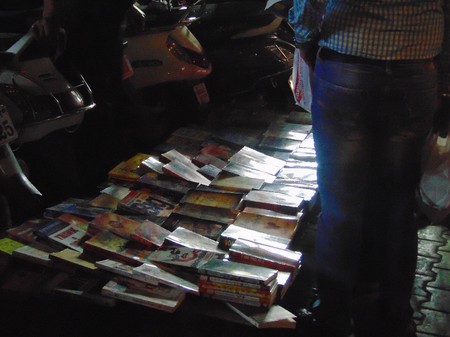 Today, in January 2016, the bookstores on HongKong have closed permanently. The Tanna Book Depot contact information is still available online and in the Yellow Pages; the owner — Mr. Sachin Ajit — is still reachable on his mobile, but the bookstore has been replaced by Chandrakant Varieties Shop. The pirated booksellers have been relegated to the footpath outside the lane, as they cannot afford to rent a shop in this lane despite the piracy. 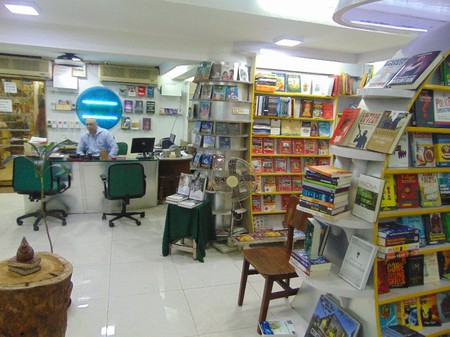 Across the road, the manager of the sophisticated and once-famous Popular Book Store sits idle. Nowadays his shop remains largely empty — even on Sunday evenings. As book sales have plummeted to an all-time low for retailers (while e-commerce manages good sales), the manager puts the blame for his sinking business more on smartphones/social media than e-commerce. 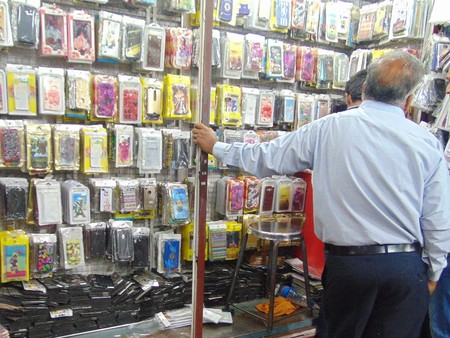 Proving this point anecdotally are the mobile accessories shops which have come up at the stores abandoned by booksellers on HongKong Lane across the street. 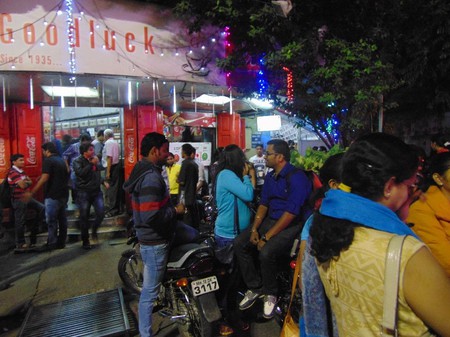 A few yards ahead of Popular Book Store along FC Road, Café Goodluck remains unchanged, crowded, and filled with the sumptuous aromas of tea, bread, and meat. One look at the waiting crowds lets you know that this place has been a part of their lives for years, if not decades. Across the signal, further down the street, lies the holy trinity of Puneri — South Indian restaurants Wadeshwar, Roopali and Vaishali. Generations of Punekars have brunched and dined at these places, passing the baton down the generations. It’s pretty common to find old men and women chatting over coffee and snacks in these places while their children and grandchildren wait outside. 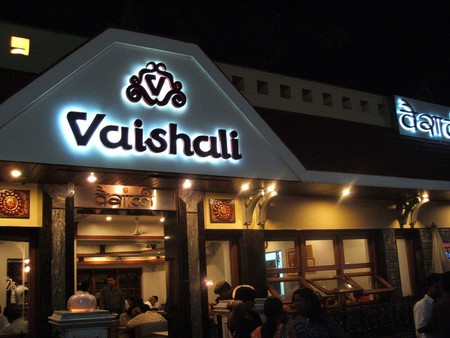 A decade ago, a few affordable places like Savera (Snacks + Lunch) and Manmeet (a sweet snack restaurant) were hot favorites among the students. These restaurants, now closed, are missed regularly by previously loyal customers. A variety of other food chains like Starbucks and Burger King have taken root on the road.

While walking along this one-way road, you can’t help but notice the infectious freedom and liberty in the midst of the at-times exasperating cacophony of energetic masses. Generations of Punekars — students, hawkers, pensioners, etc — have collaborated for decades to make this street a mascot for the so-called Oxford of the East. Even in 2015, it is pretty banal to find a Fergusson college student flaunting a sweatshirt which still reads: ‘Fergussonians: Down to earth, but still above you all.’

Even though the current generation isn’t as interested in books as the earlier millennials were, they share a lot with their predecessors. The almost tangible legacy of Tilak, Agarkar, and other co-founders of Deccan Education Society has been kept alive through the masses who have walked on this street in some way or other.