Exploring the Past at Karnataka's Folk World 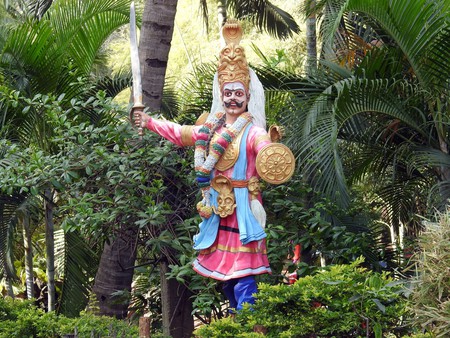 Puppets brush shoulders with dance costumes, masks hang on the walls beside agricultural tools and ancient texts sit beside common household items. Janapada Loka (or Folk World) gives an insight into how the people of Karnataka have lived throughout the ages. Indoor and outdoor exhibits include a variety of brass and copper vessels, harvesting tools, restored chariots and stone sculptures that provide visitors a glimpse of days gone by.

Opened in 1994 by folklorist, author and civil servant H.L. Nage Gowda, Janapada Loka is home to an incredible 5,000 objects that explore almost every aspect of life in Karnataka. What makes this museum different is that it’s not just an exhibition space, but also gives rural artisans a platform to showcase their crafts through various festivals.

The sprawling 15-acre complex displays rural household items and agricultural tools across several spaces. One of the most impressive items is a large grinding stone at the entrance of one of the halls, so large that it needed two buffaloes to operate it during weddings. The Loka Mahal exhibition features large dolls used by folk dancers when they perform the traditional Moodalapaya Yakshagana and Garudi Gombe dances. 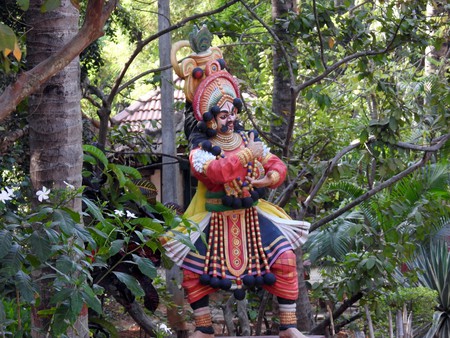 With many traditional art forms disappearing, this museum preserves practices such as Ganjifa, which are circular playing cards featuring intricate, hand-painted illustrations. The museum is also home to a collection of Togalu Gombegalu, puppets made from animal hides that are particular to the region. A rare collection of folk instruments, costumes worn by Yakshagana theatre performers and traditional masks can also be seen here.

The space includes an outdoor section home to several ancient stone sculptures (shilamala) dating back to 800 AD. Perhaps most striking are the veeragallu, or hero stones. These specially inscribed stones commemorate honourable deaths in battle and date back over 1,200 years. 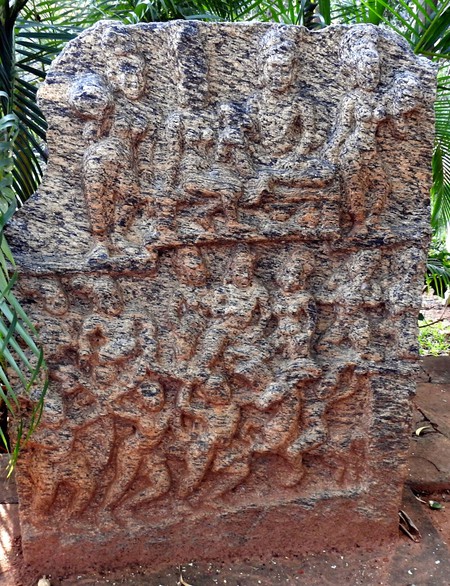 A veeragallu on display at Janapada Loka | © Bindu Gopal Rao

One item housed in the museum is still in use; a large house modelled on a traditional dwelling, with a pillared central courtyard, serves as an artists’ residency in addition to hosting seminars and workshops. Janapada Loka conducts classes, and awards Janapada Diploma and Janapada Certificates to students who complete the courses successfully. The museum has also been recognised by Bangalore University as a research centre for folk art.