The underrated corner of central India holds immense beauty that is largely unknown to the world. Bastar, a district of Chhattisgarh happens to be a state in central India. Sandwiched between the Dantewada in the south and Kanker in the north, Bastar used to be a princely state during the British Raj. It also has the states of Maharashtra and Orissa on its either side. 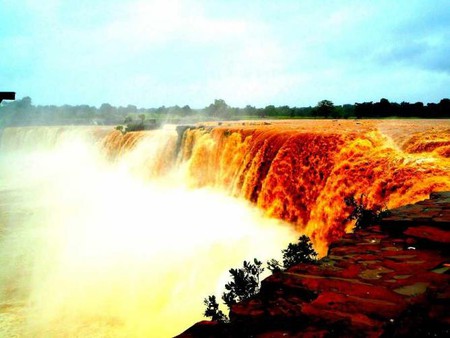 Chitrakote Falls in the month of August. | © Samarpita Mukherjee Sharma

Situated about 265 kilometers from Raipur in central India, Bastar is also famous for its tribes, its art and its food. From the opposite side, it is similarly connected to Vishakhapatnam via Jeypore. This tribal region beckons travelers with its forests, waterfalls, music, dance, temples and wildlife. Chhattisgarh happens to be a green state, and road trips are extremely joyous. The roads are good in most parts and are lined with trees on both sides. Once there, you simply cannot miss out on the following four destinations: 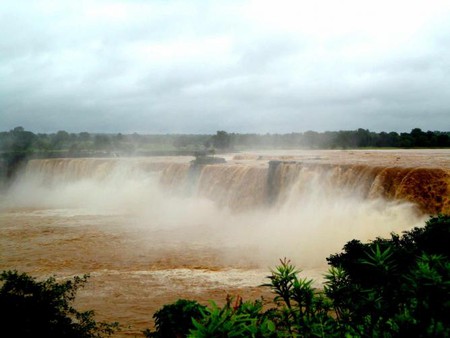 India’s best-kept secret and also known as the Niagara Falls of India, the Chitrakote Falls is the broadest waterfall in India, shaped like a horseshoe. Easily accessible by road, it is less than 40 kilometers from Jagdalpur. The sound of the waterfall is deafening and during monsoons, the water turns a golden brown in color because of the soil that flows with it. There is a small shrine on one side of the falls but the sound of water is so loud, especially during monsoons, that it gets impossible to visit it. The water falls onto a large lake where it flows at a calmer speed and you can even take a bath and even indulge in boating and adventure sports. A few stray fishermen can also be seen in the lake at the bottom of the falls and if you are lucky, you can manage some brilliant photography. After sunset, the entire place is illuminated which makes up for another breathtaking view. There is another waterfall close by which is called Tirathgarh Falls. 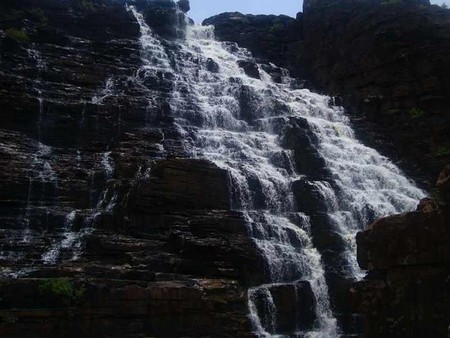 Declared a national park in 1982, Kanger Valley National Park is spread across 200 square kilometers. It is open to visitors from November to June and visiting hours are from 8 am to 4 pm. Entry fee for Indians is Rs 25 and for foreigners, it is Rs 200. The forest is dominated by teak, bamboo and sal trees and happens to be one of the few thick vegetation areas in India which is untouched by modern civilization. Located on the banks of the River Kholana, the National Park has caves and a waterfall inside, apart from the plants and the wildlife. Inside the national park is a crocodile park called Bhaimsa Dhara and a waterfall called Tirathgarh Falls. Also present in the National Park are three limestone caves. 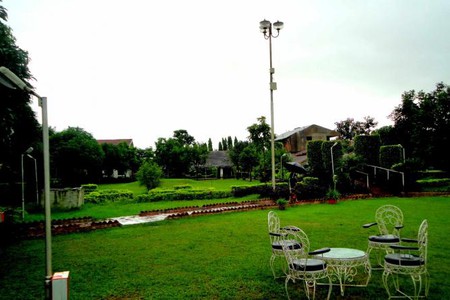 In a place covered with such dense forests, it is quite natural for national parks to be present in the Bastar region. Except that in Jagdalpur there is a sanctuary too – Bairamgarh WildLife Sanctuary. Situated to the east of Bijapur, the sanctuary is covered with bushes, bodies of water and marshes. An ornithologist’s delight, the sanctuary has recorded spotting of various important bird species. Open from November to June, you have the choice to stay in Jagdalpur or at a rest house close to the sanctuary. 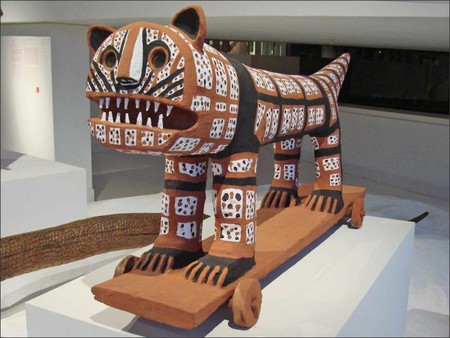 Established in 1972, this museum gives an understanding of the local culture, lifestyle, art and history. If you are curious to know about the lives of various adivasi tribes of this region, but unable to visit them, a trip to this museum will prove to be a great experience. The staff mostly consists of research anthropologists, which is why the guidance given is in-depth and knowledgeable.
Chhattisgarh Tourism Board, Paryatan Bhavan, G. E. Road, Raipur, Chhattisgarh, India, +91 771 42 24600

Samarpita Mukherjee Sharma is an economics major and an ex-journalist, now a full time freelance writer/editor. She owns Cover To Cover Writing Studio where she writes and edits for authors, businesses, brands, government departments and publishing houses. You can get in touch with her at www.samarpita.in.
An ex-journalist, now a full time freelance editor-writer, Samarpita loves to read and to travel. She lives in Bhopal, India with her husband.