Everything You Need to Know About India's Top Model, Bhumika Arora 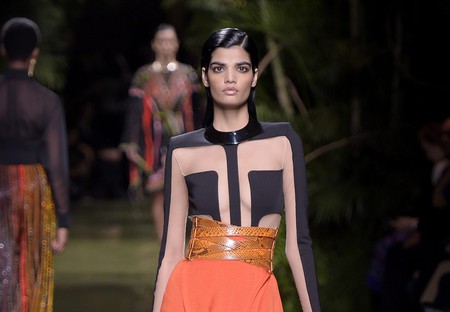 When small town girl Bhumika Arora burst into the global fashion scene in 2014, becoming a familiar face on catwalks around the world, she achieved a lot more than a long-cherished personal dream. The supermodel from Haryana became a symbol of change in an industry that often struggles with the lack of diversity, as well as a role model for thousands of young Indian women aspiring to break into the intimidating modeling industry.

Growing up in Karnal, in the state of Haryana, Bhumika was always fascinated by the fashion and modeling industries yet never imagined herself gracing the international ramps she avidly watched on Fashion TV. And so, she pursued her education in business administration, before her ambitious nature meant she had to give modeling a shot. The rest is history. The model may have started her career a lot later than most people in the industry, but her accomplishments over a relatively short span of time surpass those of most. 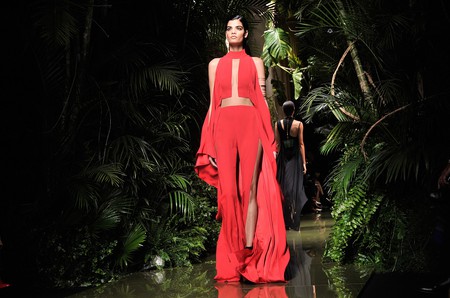 She walked her first international runway show as recently as 2014 for Dries Van Noten Paris show, and made her debuts at the New York and London Fashion Weeks the next year. And yet, only three years later the supermodel is among the most recognized Indian face on global runways. Having walked for international designers and brands, including Hermes, Chanel, Kenzo, Bottega Veneta, Stella McCartney, and Alberta Ferretti, among a host of other celebrated names, Bhumika has carved a space for herself in the fiercely competitive industry.

The supermodel has also graced leading fashion editorials around the world, most notably being the cover model for Vogue India, Elle India, Grazia UK, Harper’s Bazaar India, Elle Croatia as well as one of the four on Elle UK’s August 2016 issue.

Considered to be among a new wave of Indian supermodels to hit ramps around the world, Bhumika Arora is clearly here to stay in the world of fashion. Along with likes of Pooja Mor, yet another commanding Indian model who has made a mark globally, she has ushered in a new era for the Indian fashion and modeling industry.