Dussehra Festival in India: Everything You Need to Know

Dussehra marks the end of Navaratri, a nine-day long festivity dedicated to the Hindu warrior goddess Durga. While the celebrations vary with each different region in India, the deep significance of the festival is constant. It is a reminder to do away with evil and live in harmony.

Lord Rama was engaged in a battle against the demon Ravana for nine continuous days. On the tenth day, Rama was able to achieve victory and rescue his kidnapped wife Sita from Ravana’s clutches with the help of an army of monkeys lead by Rama’s loyal devotee Hanuman. The end of the demon from Lanka is celebrated as the obliteration of evil from the world. 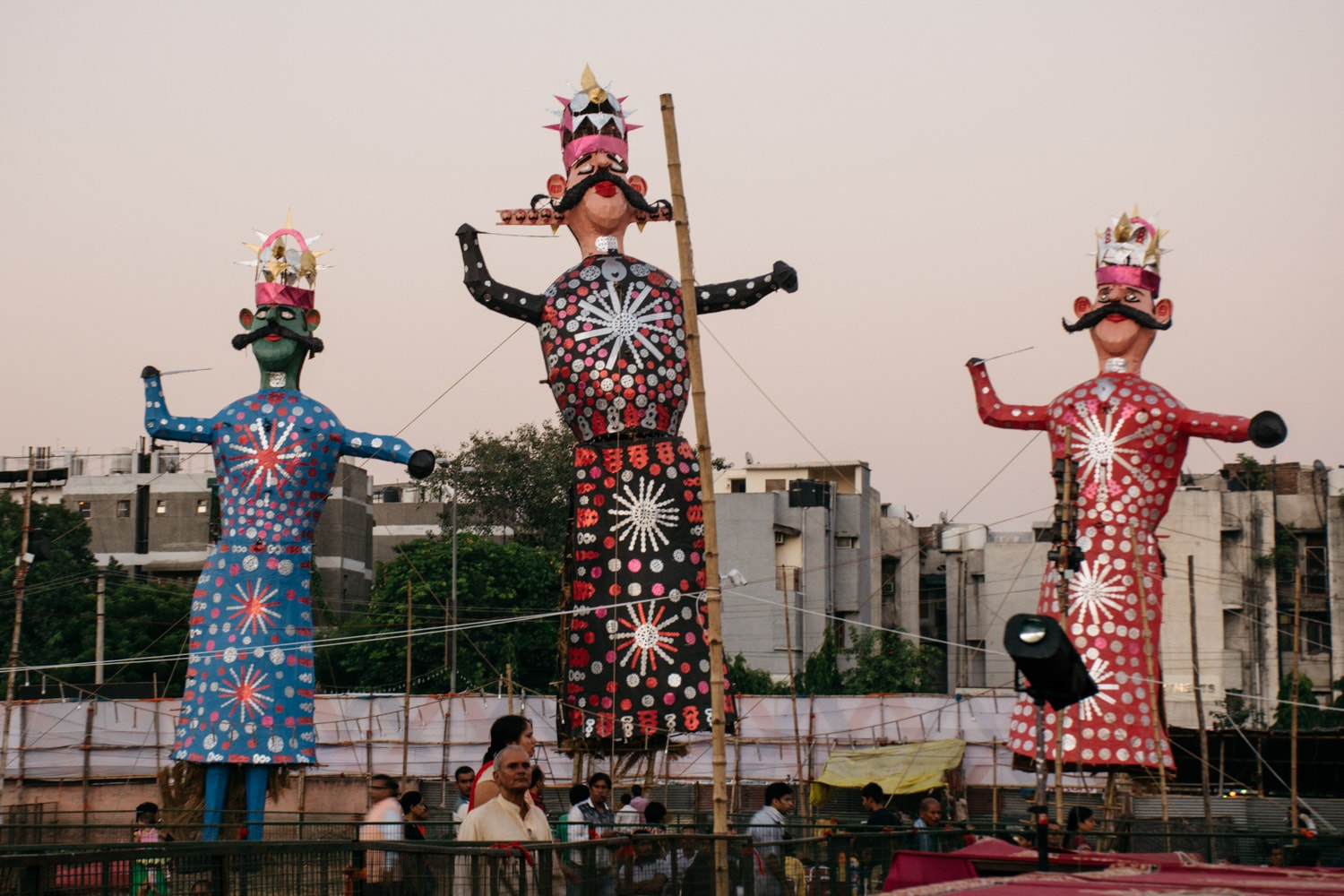 The burning of massive Ravana effigies is a major part of Dussehra celebrations, especially in the northern and western states of India. Ravana is believed to have had ten heads, each head representative of one evil. The incineration of the image of the demon symbolises the cleansing of these sins. Along with Ravana, the effigies of his brothers Meghanada and Kumbakaran are also set alight. 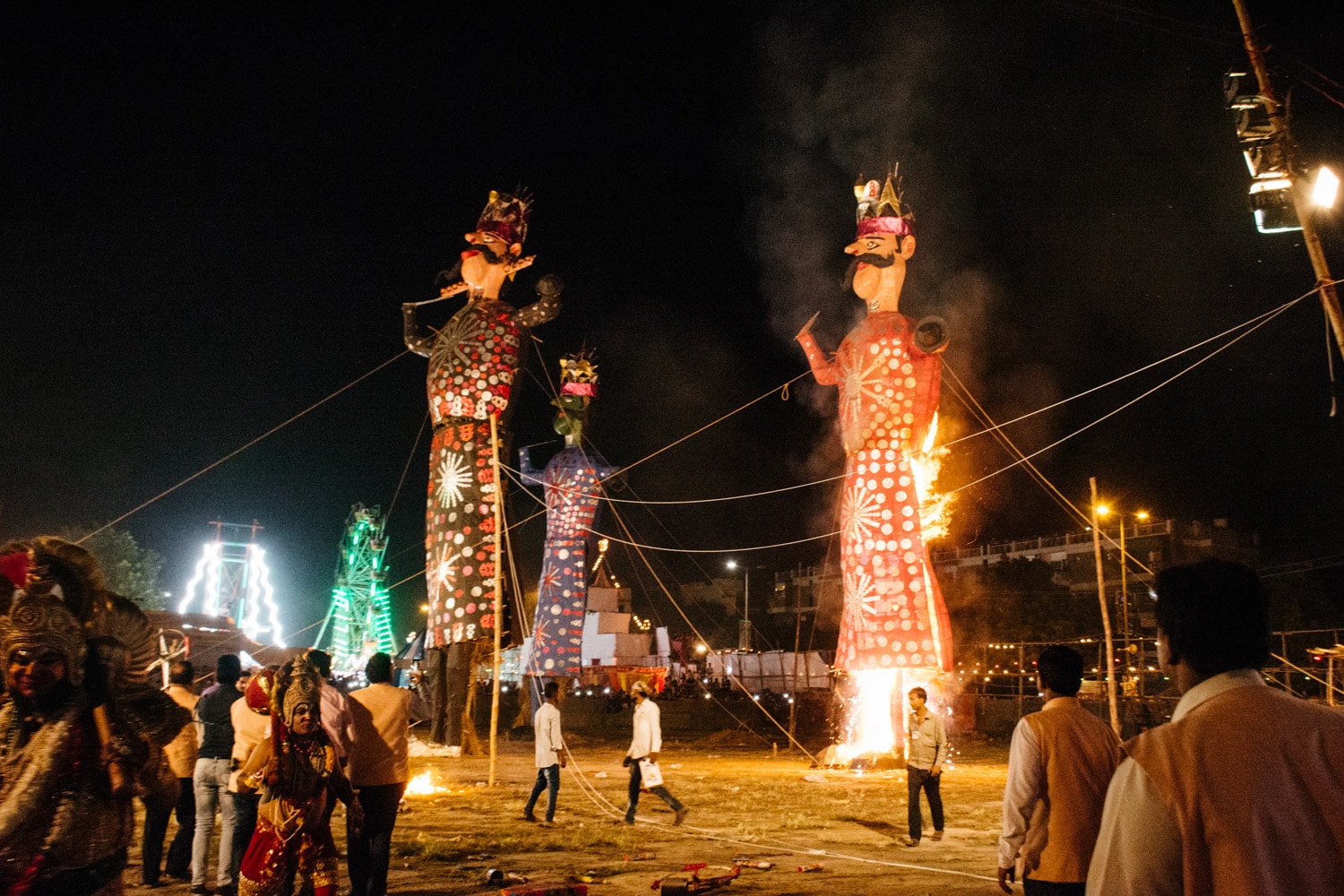 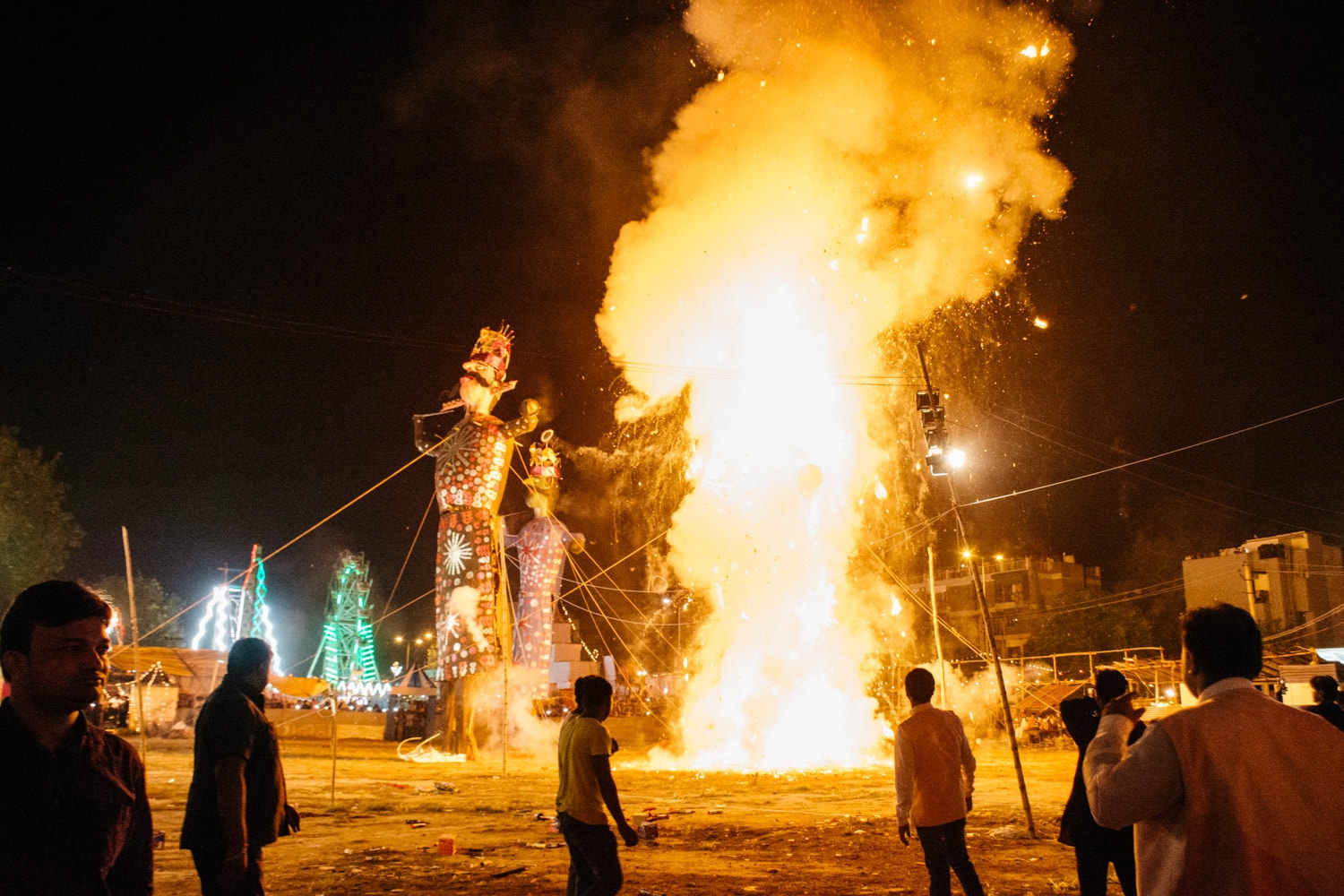 The triumph of goddess Durga

In the eastern part of India, Dussehra is called Vijayadashami and is celebrated as the day goddess Durga defeated the buffalo demon Mahishasura and returned to the heavenly abode. Mahishasura was a crafty shape-shifting demon whom no man could kill and had even defeated an army of gods lead by Indra, the king of heaven. When Durga finally prevailed over Mahishasura, evil forces were banished from the world. 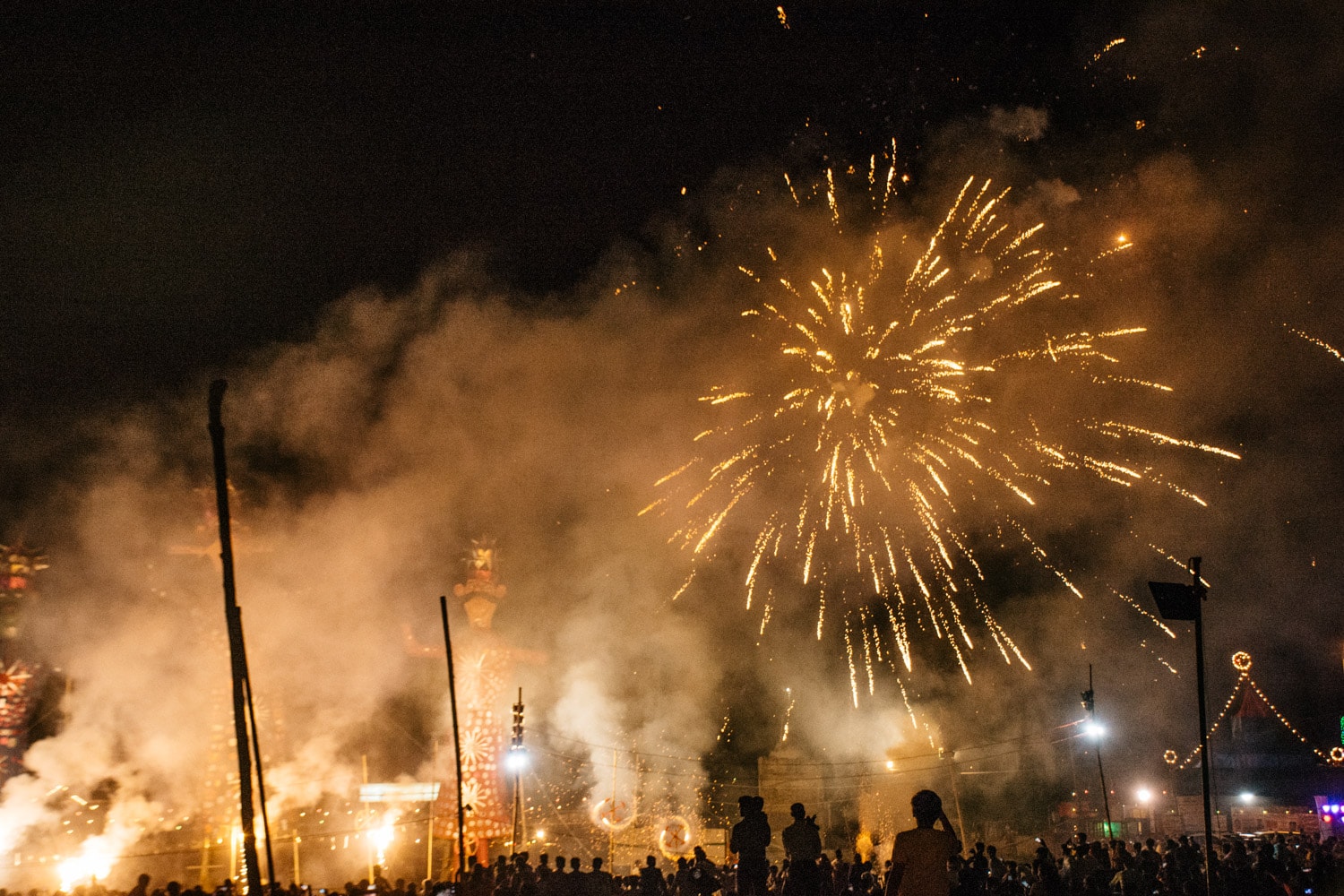 Symbolic of a new beginning

While there are two different legends about two different Hindu gods, the essence of both are the same— the victory of virtue over vice. In Sanskrit, the word ‘dus’ means evil or sinful and ‘hara’ means destroying. Dussehra, thus, represents the restoration of peace after anarchy and the ushering in of a new era of righteousness.

A shift in harvest season

Dusherra also holds agricultural importance as it signals the coming of winter and a change in crop season. In the state of Maharashtra, there is a widespread belief that the region’s greatest ruler,  Shivaji, sent his soldiers to the aid of farmers in order to ensure there was sufficient food supply.  After Dusherra, these soldiers would return to their military posts once again. 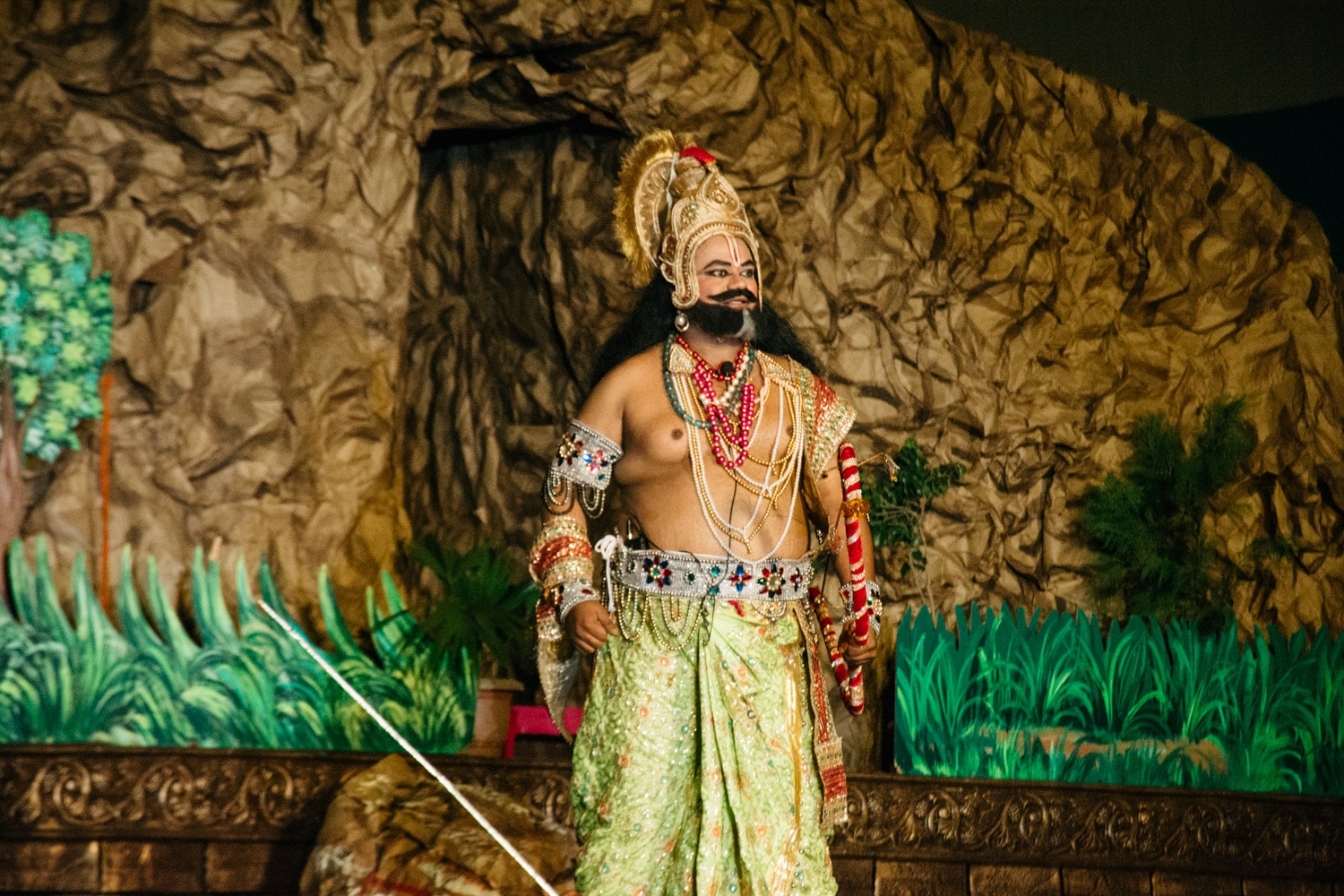 One of the highlights of Dussehra celebration, in many parts of the country, is the dramaticisation of the story of Lord Rama’s victory over Ravana. Called the Ramlila, these stage performances are based on the epic poem Ramacharitmanas, written by the revered poet Tulsidas. At times, these performances can take place over nine days and in holy cities like Varanasi, there’s a Ramlila every single evening for an entire month. 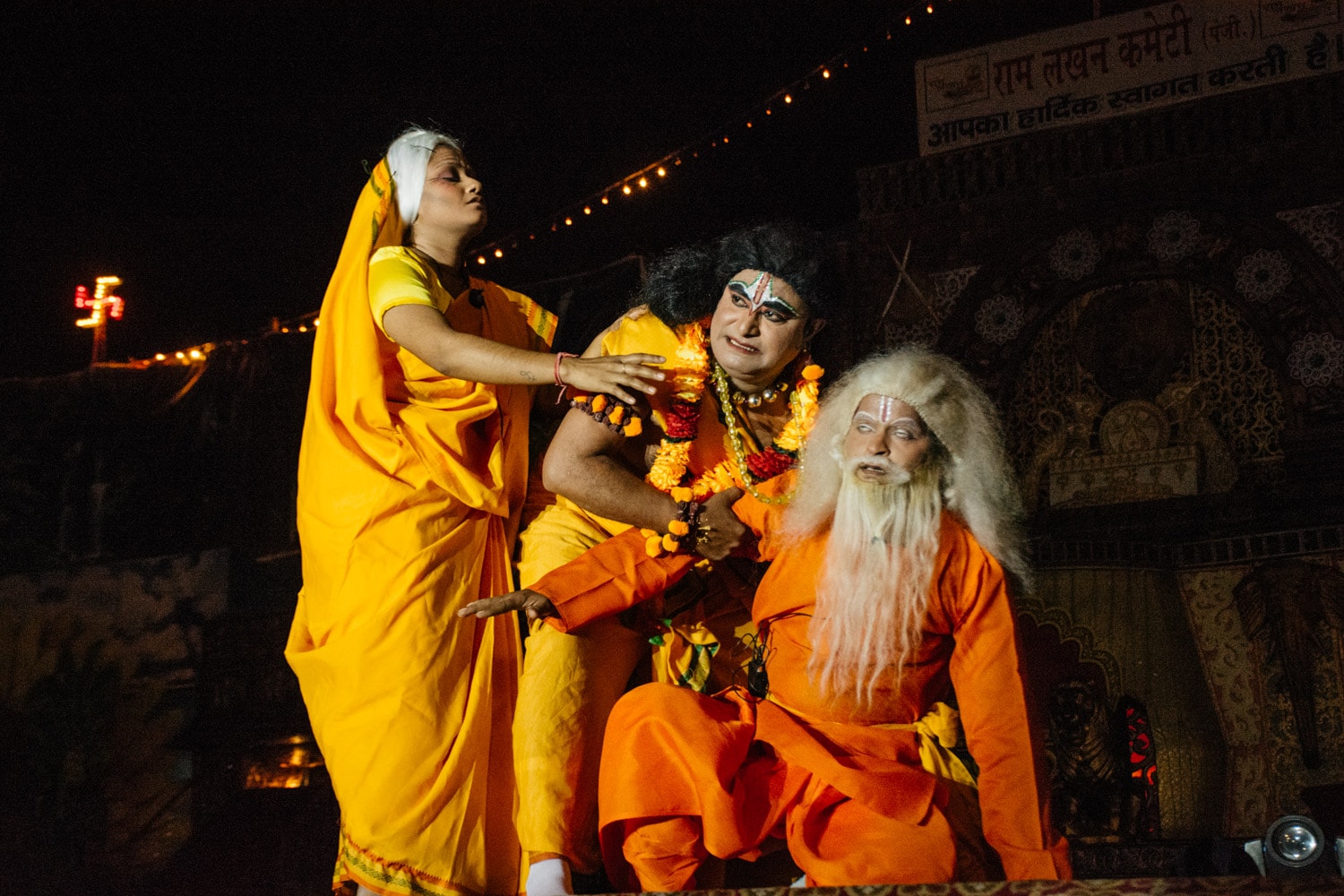 Celebrations at Ramlila Maidan in Delhi

In the capital city, if there’s one place to truly soak in the spirit of Dussehra Festival, it’s at the vast grounds of Ramlila Maidan, near the Red Fort. The Hindu soldiers in Mughal Emperor Shah Jahan’s army are said to have performed Ramlila close to the modern venue. Even today the celebrations at Ramlila Maidan are a show of communal harmony as both Hindu and Muslim artists and performers from different parts of India come together here to celebrate Dussehra. 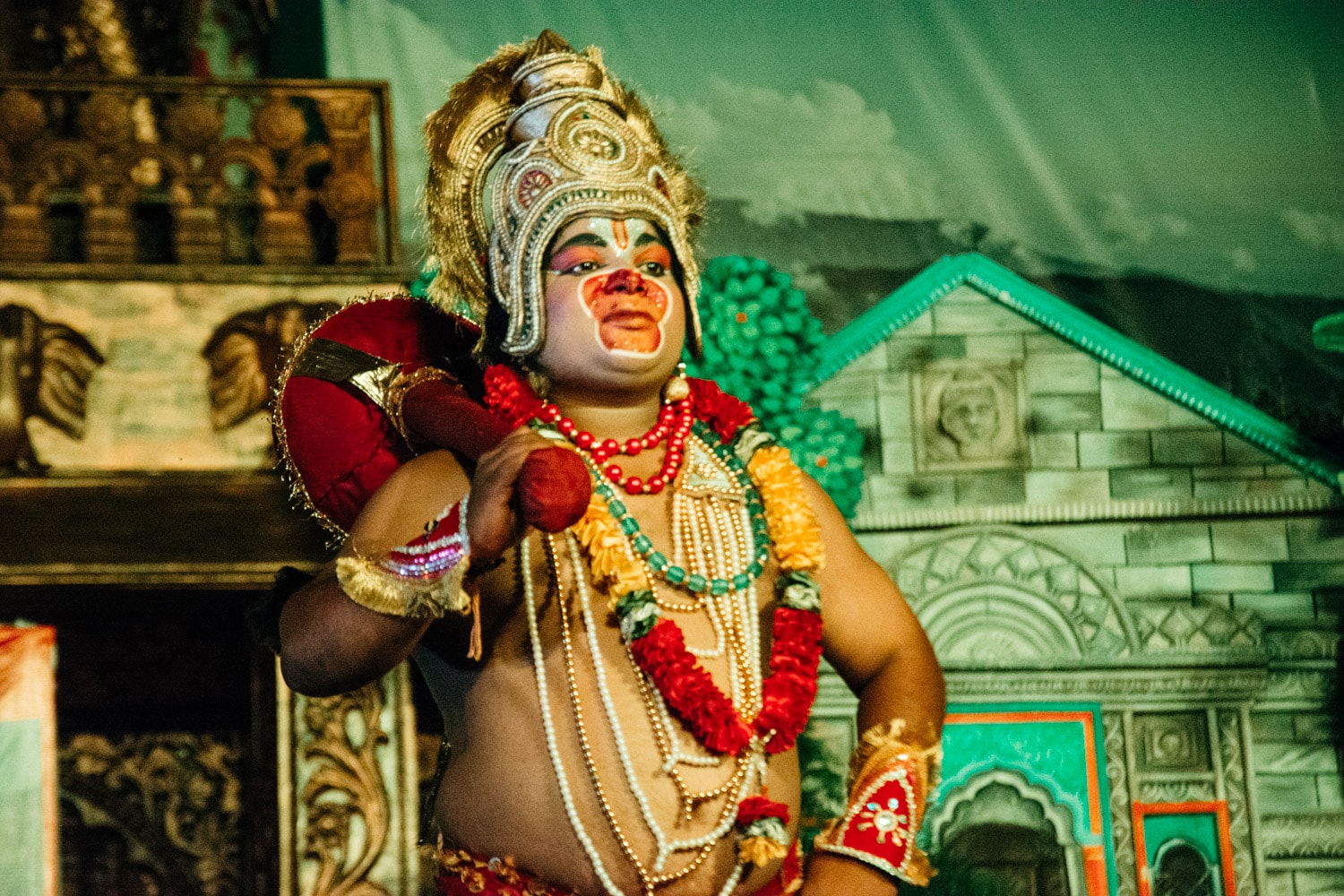 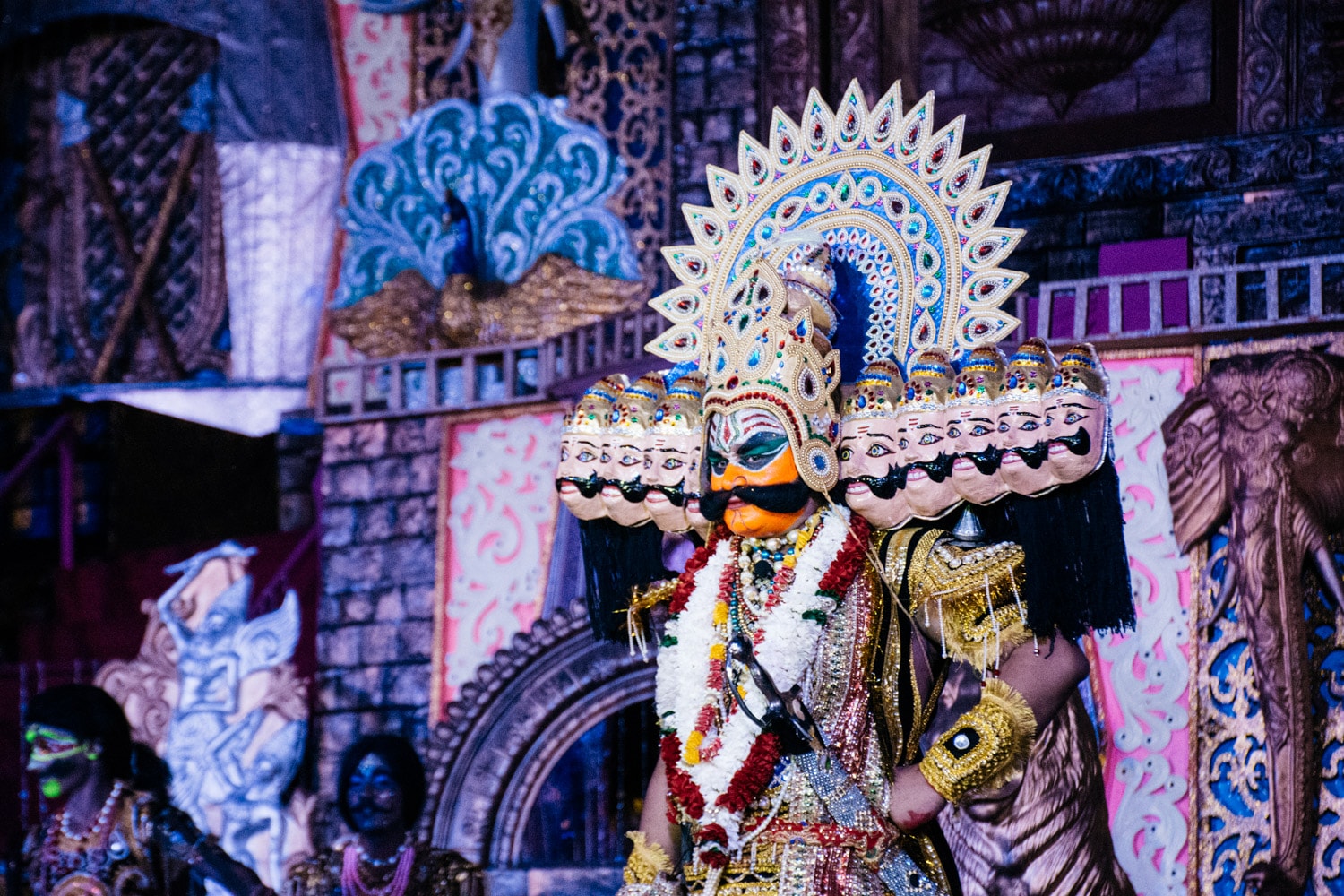 Emperor Ashoka of the Mauryan dynasty, who ruled over India during the third century, was one of the most influential proponents of Buddhism in south-east Asia. He converted to Buddhism after being deeply affected by the ravages of war. The Buddhists observe Dussehra as the day Ashoka converted to their religion.

Within the Nepali community around the world, Dussehra is known as Dasain. During this festival, families are reunited and the eldest members shower their blessings on the younger generations with tika, which is a rice based paste worn on the forehead. New clothes are worn on this day and young ones receive money from their elders for good fortune. 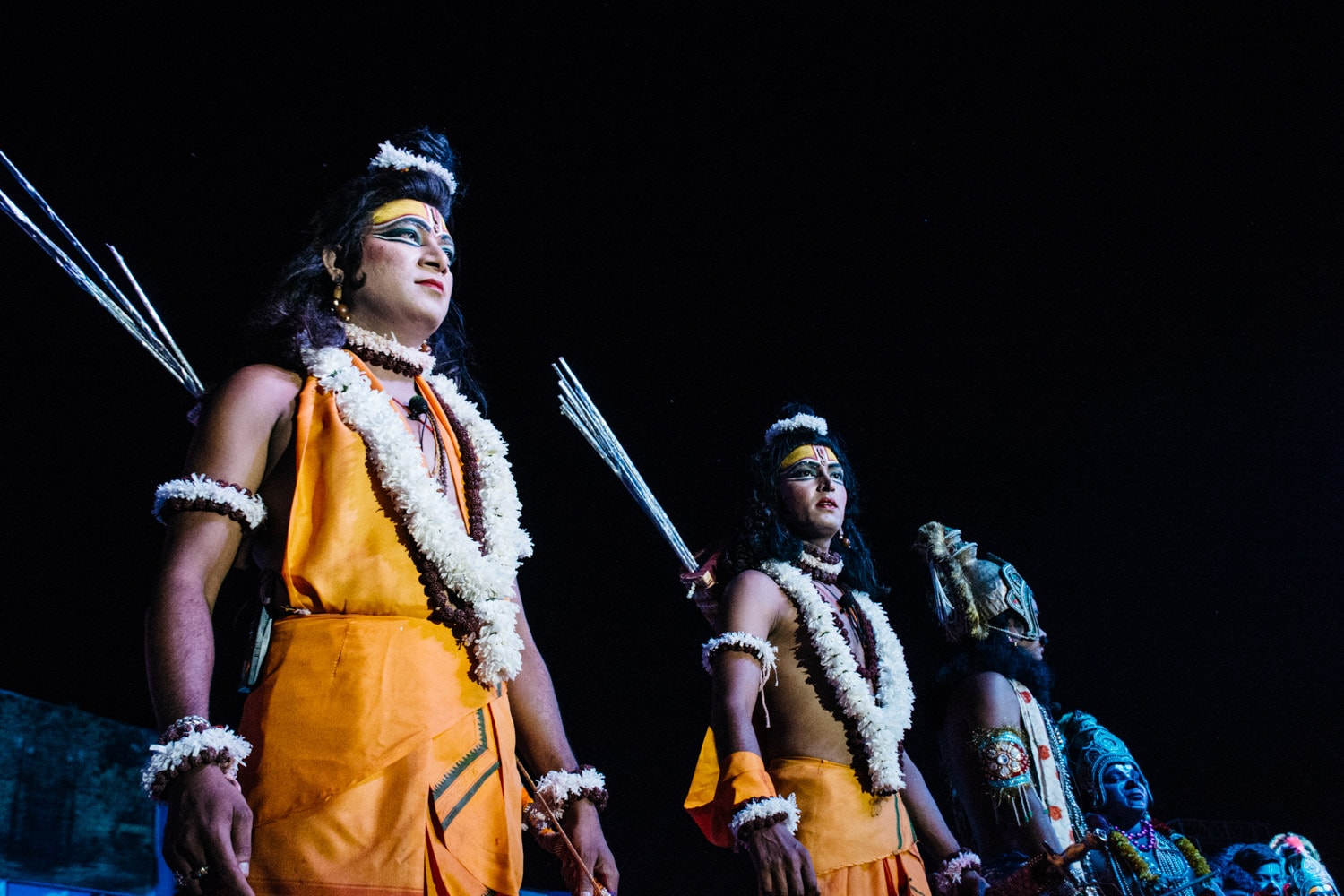