Mumbai is as much a city of contrasts as it is a city of dreams; a city where white-collared professionals rub shoulders with the dabbawalas on the local trains, swanky cars jostle with autorickshaws on the roads, and heritage buildings cling on for space and relevance amid the vast expanding sea of modern skyscrapers. And while there is no dearth of places here that strongly reinforce the many ironies quintessential to the city, there’s one in particular that elicits a kind of rustic, spiritual calm as it does so. We’re talking about the Banganga tank, a little piece of history and culture ensconced by a string of high-rise luxury apartments, in Mumbai’s exclusive Malabar Hill area. 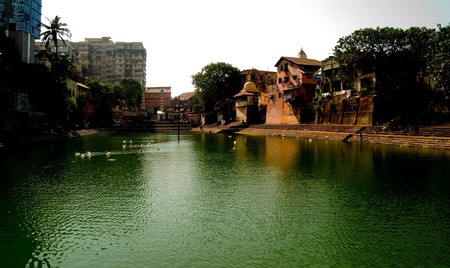 A view of Banganga, flanked on either side by temples and modern apartments | ©Neehar Mishra

Often called the mini-Banaras of Mumbai, this freshwater tank, along with the neighboring Walkeshwar temple, was built in AD 1127 by Lakshman Prabhu, a Goud Saraswat Brahmin minister in the court of Silhara dynasty of Thane. The site holds immense mythological significance among the Hindus: it is believed that when Lord Rama was on his way to Lanka, he paused at this spot to pray to Lord Shiva to help him find his wife Sita who had been kidnapped by King Ravana. To do so, he created a Shiva linga from sand, which came to be known as Valuka Ishwar (meaning an idol made of sand in Sanskrit), thus lending the temple its name. When Rama, thirsty and tired, asked his brother Lakshman for a drink of water, he shot an arrow into the ground, which resulted in a spurt of freshwater. It was believed that this water came from a tributary of Ganga and the spot was hence named Banganga (baan means arrow in Hindi). 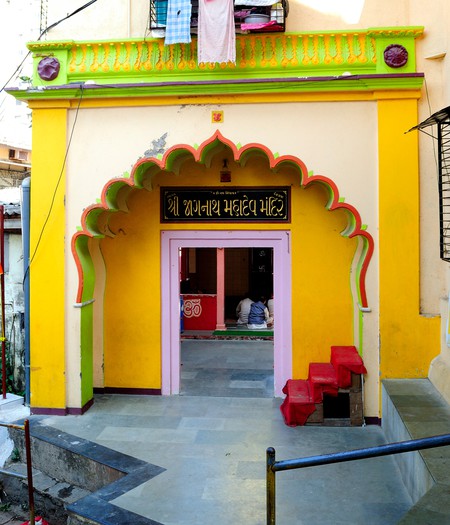 A vibrantly painted temple on the way to Banganga | ©Neehar Mishra

Centuries since it was first built, Banganga and its vicinity — with its unique sights, sounds and aromas — still harkens back to a simpler, quieter time and remains a great spot to escape the city’s usual cacophony. As you make your way down one of the many narrow alleys branching out from the main road and leading to the tank, you are surrounded by a motley crew of temples and old houses bathed in vibrant hues of red, yellow, orange, pink and other colors. 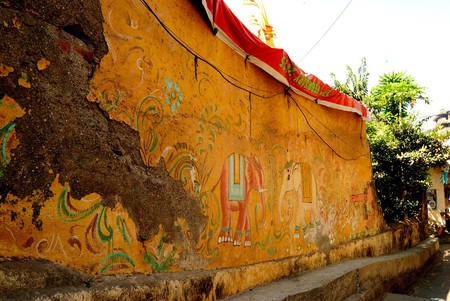 The walls on either side of the alley are in different states of disrepair, but still look quite alluring, thanks to the colorful murals that adorn them, depicting scenes from mythology, history and folklore. Due to its proximity to the shore, the air here is humid and thick with the smell of the sea, but often you catch a hint of scents emanating from incense sticks and flowers, or those of food being cooked from residential kitchens. 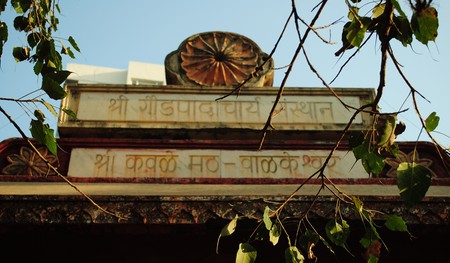 Most of the property here, including the Banganga tank and the Walkeshwar temple, belongs to the Goud Saraswat Temple Trust. In fact, after the Portuguese destroyed the temple in the 16th century, it was rebuilt from a generous donation made by businessman and philanthropist Rama Kamath, also from the same community. Many Goud Saraswat Brahmin families still reside within the temple complex. 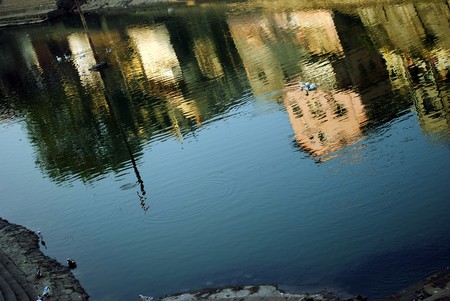 Within five to ten minutes of descending from the main road, you are greeted by the serene oasis that is the Banganga — a rectangular tank surrounded by steps on all four sides, its banks dotted with small temples, shrines and huts. A pole emerges upright from its mossy waters, marking the point where Lakshman’s arrow hit the ground.

The surroundings of the tank are relatively free of crowds, save for a smattering of people on the steps performing religious rituals or simply relaxing. The atmosphere is abuzz with the sounds of aarti, religious chants, the ringing of temple bells and the quacking of ducks, which far outnumber the people you find here. Mostly seen lounging by the water or wading in the tank, they seem to be in a Zen-like state, as if they too have been touched by the peace and calm of the place. As you sit on the steps and watch the activities unfold in front of you, you find yourself far removed from the realities of this city that never sleeps. 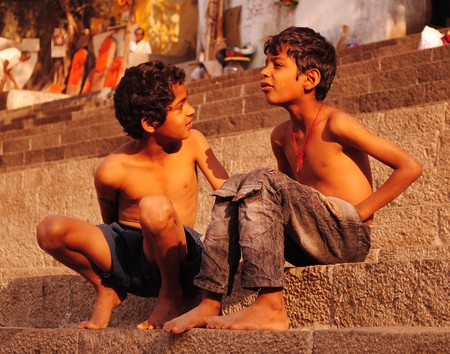 Getting there: The closest railway station to Banganga is Charni Road (about 3-5 km away) from where you can easily find a taxi or a bus.

Best time to visit: The calming beauty of Banganga is best enjoyed during the early hours of morning when the sun isn’t too harsh and a gentle breeze keeps the surroundings cool.