Rajasthan, the land of kings in the northwest of India, is the largest state in the Republic of India by area. Rajasthan is famously known as the land of the Maharajas, where forts and palaces still remain as a mark of the royal lifestyle of the Maharajas. This desert landscaping province is culturally rich and has artistic and cultural traditions which reflect the ancient Indian way of life. 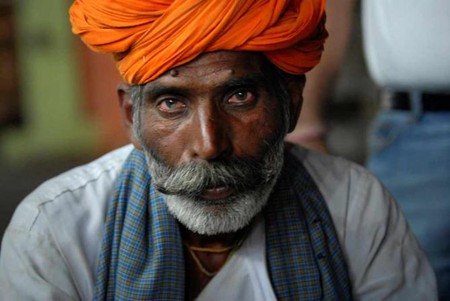 Rajasthani men are dressed in full sleeved shirts with a potia on their head. The turban can be an indicator of ones class and social status. The photo is captured in the town of Pushkar | © Kristian Bertel

The state of Rajasthan is mainly arid, and its western border is adjacent to Pakistan. The photographer visited one of the vast attractions for travelers, Thar Desert, and one of the oldest mountain ranges in the world, the Aravallis. When photographing and traveling around in this colorful province of India, it is easy to discover the Rajput heritage through its forts and temples. Palaces established by Rajput Kings like Bappa Rawal, Rana Kumbha, Rana Sanga, and Rana Pratap are also popular places to visit. 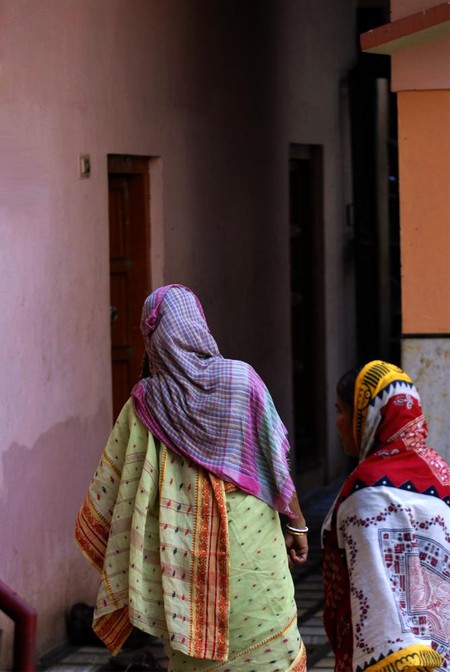 The Culture of Rajasthan | © Kristian Bertel

A fabled realm of Maharajas in India

Photographing both landscapes and sceneries in the cities, you can deeply understand why it is said that there is almost more history in Rajasthan than the rest of India put together. You can see, feel, and sense a fabled realm of maharajas and their majestic forts and lavish palaces. Taking pictures of India, a land which littered with splendid, ruined bastions, nowhere will you find fortresses quite as magnificent as those in Rajasthan, rising up imperiously from the desert landscape like fairy-tale mirages of a bygone era.

As a photographer and a traveler, Kristian Bertel visited forts in Jaisalmer, Jodhpur, and Udaipur, and as enchanting as they are, there is more to this royal region than its timeless architectural wonders. Rajasthan is also a land of sand dunes and jungles, of camel trains and wild tigers, of glittering jewels, vivid colors, and vibrant culture. There are enough festivals in Rajasthan to fill a calendar and an artist’s palette, and the shopping and cuisine are nothing short of spectacular. Rajasthan has it all. It is the must-see state of this must-see country, brimming with startling, thought-provoking, and ultimately unforgettable attractions.

Jaipur, the capital of Rajasthan, is not to be missed if you are on lookout for a colorful city. Known as the Pink City due to the rusty color that the walled city bears, Jaipur is an exquisite destination. With beautiful palaces, forts, gardens, temples, and never-ending market streets, it packs in everything that the colorful state has to offer. 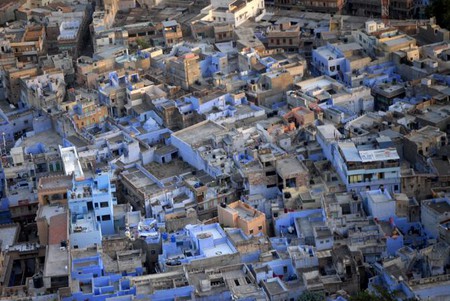 Jodhpur is the second largest city in the Indian state of Rajasthan. The city is commonly referred to as ‘the blue city’– the reasons for which can be easily seen from the high vantage point of Meherangarh Fort’s battlements. | © Kristian Bertel

As a traveling photographer, the taste of Rajasthani food is a truly cultural experience. The food is generally very spicy and should thus be enjoyed in moderation for first-timers. When the photographer visited India’s Rajasthan province, he tasted food from street kitchens as well as both small and big restaurants. Dairy-based sweet products are very popular in this part of the country, and restaurants are mostly vegetarian. Finding restaurants serving good non-vegetarian food can prove difficult, and non-vegetarian meals from road-side eateries should be avoided. Bread, both leavened and unleavened, is readily available.

A typical Rajasthani fare would include something called daal-baati-churma. Daal is lentil curry and baati consists of round balls made out of wheat flour and baked in charcoal fire. The churma is a dessert made out of crushed wheat balls, rolled in jaggery sugar, and topped with ghee, which is a flavorful type of butter. 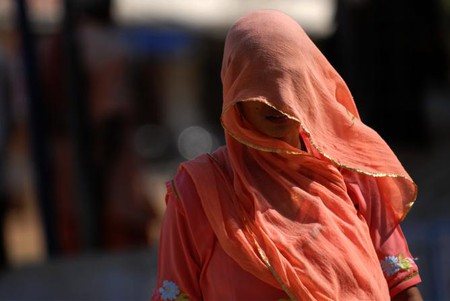 Women are dazzling in gorgeous saris. The most common style is for the sari to be wrapped around the waist, with one end then draped over the shoulder. | © Kristian Bertel

The desert city of Bikaner hosts many heritage properties that were once residences of noble families. Bikaner is a 15th-century kingdom primarily inhabited by trading communities and animal rearers. Even today, this city abounds with Camels–infact, a whole breed of camels is named after the city. The Bikaneri camels are strong, well built, and generally used to carry loads. You can see camel carts around just about every turn in Bikaner. You can also visit the 16th-century Junagarh Fort, one of the best maintained forts and museums, and also take a stroll in the old bylanes of the city with its intricately carved Havelis and interesting local markets. 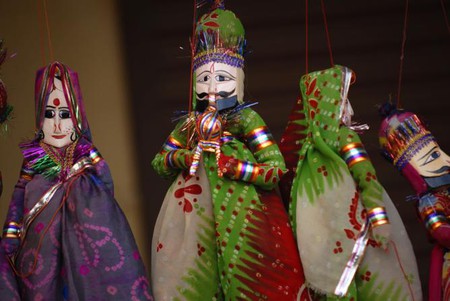 Puppets or Kathputtlis as they are referred to in the local parlance are an integral part of Rajasthan’s folk entertainment. The puppets are gorgeously designed and through puppet shows, historical legends and mythologies to modern day issues like education for the girl child and child labour are highlighted during festivals and village fairs | © Kristian Bertel

More pictures and stories from India