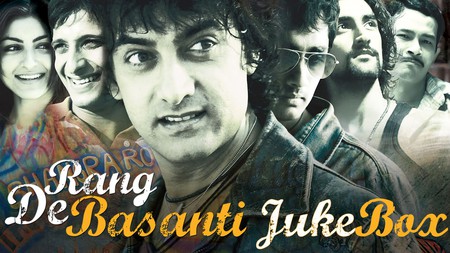 While the bulk of Indian movies primarily focus on youngsters and their stories, their depictions are usually shallow and rarely look beyond love stories. However, every now and then Bollywood comes up with a movie on young India that hits all the right spots. We have curated a list of movies that best capture the coming-of-age struggles of youngsters across the country.

Udaan is the quintessential coming-of-age feature film for most middle class Indians struggling with a rigid educational system, teen angst, uncertainty and parents that don’t quite ‘get’ you. The critically acclaimed film’s realistic portrayal of a 17-year-old student who has to return home to his abusive father after being expelled from boarding school has helped it achieve the status of a cult classic in the country.

This movie is about the rude shock that Sid, a 20-something who lives a comfortable life under his parents’ roof, gets when his father kicks him out of the house forcing him to figure out what he seeks to do with his life. With the help of Aisha, a driven, self-made, aspiring writer Sid embarks on a journey to self-discovery and independence. It’s a story that resonated with youngsters around the country.

Telling the separate love stories of three friends who’re entering the real world after just having graduated college, Dil Chahta Hai has had a cult-like following in the country for 15 years now. It is regarded as the quintessential youth film, with struggles relatable to young Indians from across urban India.

About a socially awkward and overweight teenager who struggles to learn how to overcome her insecurities, Gippi is all too relatable for youngsters from around the country, if not the world. While self-acceptance may be something we’re all still struggling with, Gippi has a lot more luck in accepting herself for who she is.

Rani, a small-town girl who has lived a much-protected life, embarks on her honeymoon trip to Paris and Amsterdam after her fiancé calls off their wedding. Through her journey, she becomes aware of her freedoms and the endless possibilities presented by the world in a hilarious, inspiring and liberating story. The film was a hit not just among the country’s youngsters, but also among critics and in the film festival circuit.

One of the highest grossing Bollywood films of all time, Yeh Jawaani Hai Deewani is rich with moments, quotes and dynamics relatable to youngsters from around the country. Divided primarily over two parts, the film tells the coming-of-age stories of four young friends, particularly nerdy and shy Naina, and charismatic, adventurous Kabir, and the choices they make as they transition into adulthood – of building relationships verses traveling and chasing dreams.

While requested by a filmmaker friend to play the roles of Indian freedom fighters in her documentary film, a group of young friends realize the grave struggle that won the country’s achievement of independence and contrast it to the state of the country in corrupt political hands today. Rang De Basanti broke all box office records upon opening in India, and instantly became a hit among critics as well. Rather than dealing with the personal struggles and pains of growing up, the film depicts the experience of young Indians coming to terms with corruption in modern day India.