The Changing Face of Indian Coffee 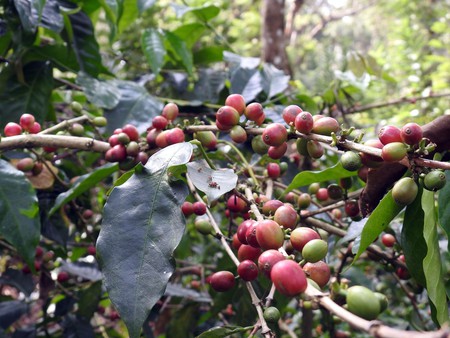 Despite India’s long-standing relationship with tea, when southern India wakes up, it’s all about coffee. Lovers of the drink just can’t do without their morning fix, and freshly brewed filter coffee is seen in almost all southern Indian households. The country is now the sixth largest producer of coffee globally, and the history of its production is an interesting one. 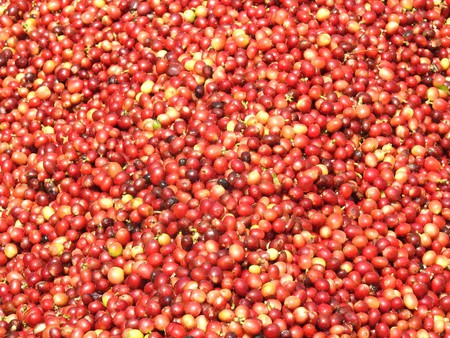 It is believed that Baba Budan, a sufi saint from the 16th century, acquired seven coffee beans while passing through Mocha in Yemen on his return from a Hajj journey. He smuggled them into India and planted them in the Chandragiri Hills in Kadur district, Karnataka. This was the first coffee plantation in the country, which then spread to Coorg in Karnataka and other parts of the Eastern and Western Ghats of the country.

The coffee plants are grown under a natural shade and the plantations in India are situated on one of the world’s 25 biodiversity hotspots. The majority of coffee is grown in the states of Karnataka, Kerala and Tamil Nadu, while there are also plantations in Araku, Andhra Pradesh and Daringbadi, Odisha.

The coffee grown in India is primarily of two kinds – Arabica (which is mild and aromatic) and Robusta (which is strong and robust), as well as a third hybrid between Liberica and Arabica. With the arrival of the British in the 18th century came the commercial plantation of coffee, and today more than 75 per cent of the coffee produced is exported.

The Coffee Board of India, established in 1942, is a government body that works towards promoting and protecting the interest of coffee growers in the country. It is primarily women who work in the plantations, and they wear traditional headgear while their nimble fingers pick the ripe red berries. 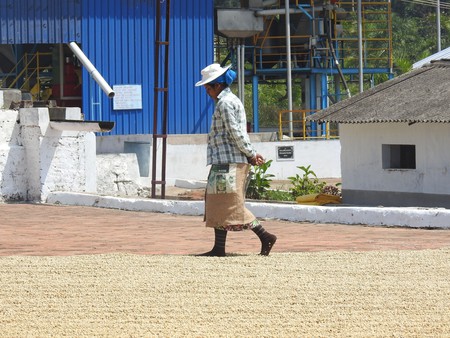 The best way to fully understand the laborious process that sees coffee go from bean to cup is to visit a coffee plantation in India. In Coorg you can experience an interesting tour at both the Tata Coffee Plantation Trails and at The Tamara Resort, each of which highlights the hard work of the people who toil on the plantations.

Likewise, in Sakleshpur, Classic Coffee’s Harley Estate will take you through the entire process of coffee production, from the harvesting to the various stages of processing. You can also do a coffee appreciation session, where a certified coffee barista will help you understand how the taste of coffee varies based on the kind of filter used. 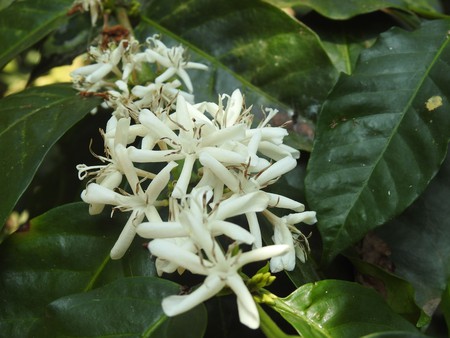 If you are visiting Chikmangalur, a stop at the Coffee Museum is a must. This is an immersive space that takes you through the history of Indian coffee, touching on its legends, the cultural practices nurtured by tradition and enhanced by technology, and various research and development activities. You can even watch a short film on coffee through the ages.

This is where coffee grading and sorting techniques are explained, while the museum also touches upon emerging areas of interest including coffee and health, sustainability, ecology and tips on how to brew a great cup. The museum is interactive and a visit here is a thoroughly enriching experience.

India is also seeing a clear increase in coffee’s popularity, with specialty and artisan coffee fast gaining ground. Micro-roasteries – where coffee is roasted in small batches for better control over its profile – and gourmet coffee are also becoming more popular, and the Nullore microlot of Tata Coffee, grown in the Tata Coffee Ltd estate in Coorg, was even recently selected to be part of the Starbucks reserve program. Coffee is certainly making giant strides in India – and now that the country can also lay claim to making the world’s most expensive coffee, it seems the sky’s the limit.