A Brief Introduction To Indian Tea

The perfect drink for every season | © suman/Pixabay
As the second largest producer of tea in the world, India is renowned for chai, that milk-infused, sweet-spicy drink that has gained immense global popularity over the years. Here’s a look at how this beloved beverage came to be.

Like any great history, the origins of chai are steeped in legend and contradictory accounts. But the general consensus seems to be that this rejuvenating drink originated as a healing concoction, brewed with herbs and spices beneficial to the body. In fact, the early ‘chai’ did not contain any tea leaves, and recipes differed according to the seasons and available ingredients.

When the British came to India, they established tea plantations as an alternative to the expensive Chinese tea they were habituated to consuming. In order to tap into the local market, tea was initially dispensed free of cost to the Indian population, and soon, masala chai was born, a hybrid of Indian and British tradition.

While masala chai is the perhaps the most loved and widely consumed form of Indian tea, there’s no end to the variations available. In fact, different parts of the country are known for their unique brews, with some of the most popular options being Mumbai’s cutting chai, the rich Irani chai of Hyderabad, and the delicate pink Kashmiri chai.

Masala chai itself can contain different spices depending on the region and the season, with popular ingredients being cardamom, cloves, ginger, and fennel.

Then, of course, there is the method of preparation, which truly determines the quality of the brew. Roadside stalls are an excellent place to watch the art of thickening the chai to just the right consistency and boiling it long enough for the flavors to really steep.

No matter where you are in India, you’re probably not very far from a chai stall, little roadside shacks that go by different names in different parts of the country. Tea sold at these humble outlets is often the cheapest and most delicious, the ideal refreshment in every kind of weather.

Most chai stalls, like cafés, are also nooks for socialization, where people of all ages and backgrounds can be found discussing almost anything, be it the latest news, politics, sports, personal dilemmas or even just the weather.

Recent years have seen the rise of specialist chai cafés, which are essentially sanitized, modernized versions of the traditional roadside shop, with the added convenience of free wireless internet. Some popular examples of such ventures are The Chai Story, Chai Shai Etc, Ekk Cup Chai, Ab Chai pe Charcha, Chai Wai, and The Chai Bar.

A chai cafe in Ahmedabad | Courtesy of Zomato

Even in homes, chai is the ultimate conversation starter, served to anyone who visits. Most people have at least two cups a day, once with breakfast and again in the late afternoon, much like the British.

Despite its link to a painful history of British imperialism, chai is the ubiquitous Indian drink, its consumption transcending all lines of class and status. It takes practice and patience to brew or even find the perfect cup, but when you do, there’s nothing else quite like it. 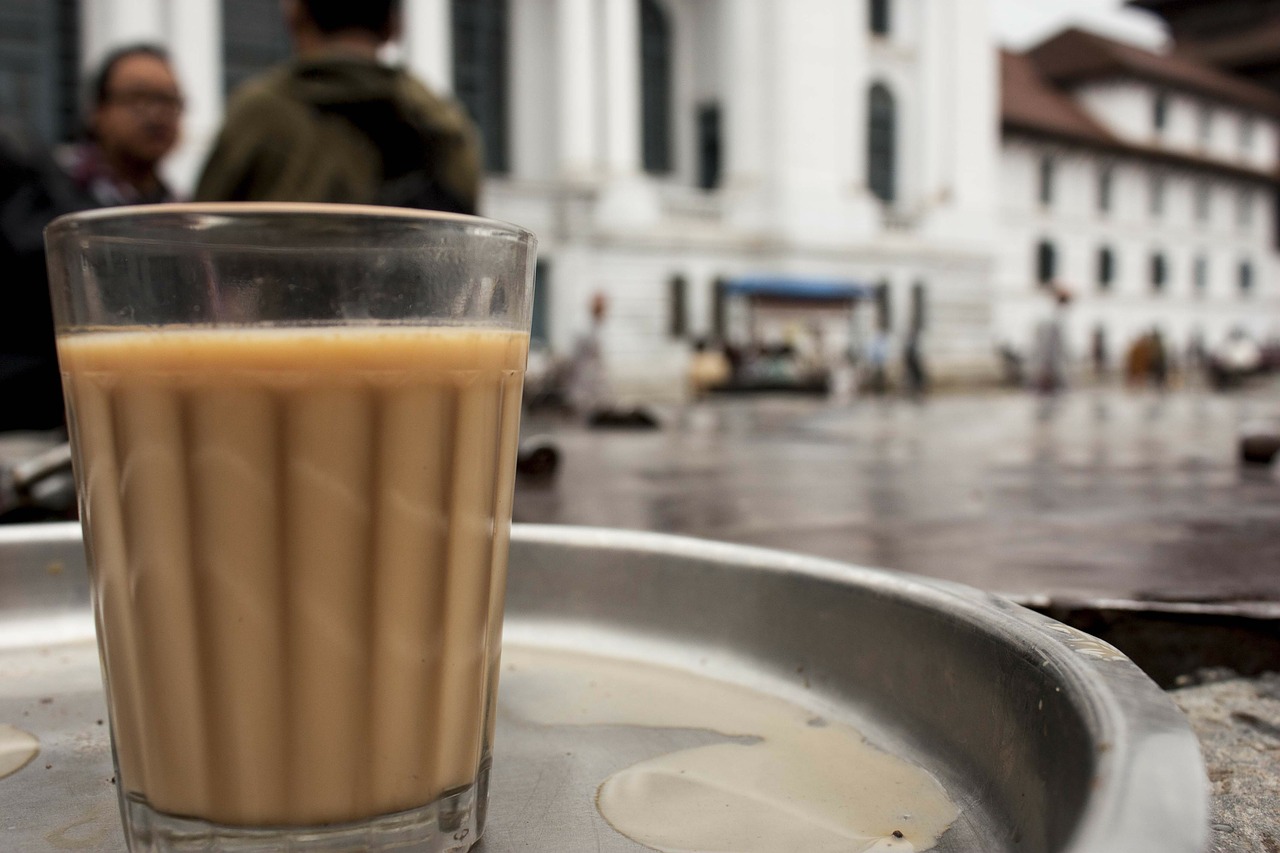 The perfect drink for every season | © suman/Pixabay