Can the India Court's Waste-Dumping Ban Save the Ganges River? 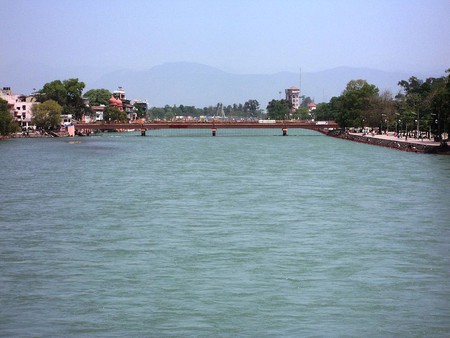 One of India’s largest and the holiest river, the Ganges is dying with every passing day. Continued illegal practices and ill treatment, like dumping waste, pollution and open defecation along the Ganges River have resulted in its slow death. To this end, India court’s waste-dumping ban is just one step forward. The National Green Tribunal (the largest institute on environmental protection in India) has put a ban on the dumping of waste within 500 metres of the Ganges. If successful, this could play a big part in saving the famous river.

The 2,525 kilometres (1,569 miles) of Ganges gushing from snow-clad Himalayan peaks, coursing right down to the Bay of Bengal, is revered as God in India. It has served the people of India spiritually and economically for centuries. It is believed that Ganges descended from heaven to cleanse the earth, and people from across the world come to bathe in her holy waters, part of an ancient ritual for purification. But, the sad irony is that this sacred Ganges is subjected to raw sewage, gallons of industrial effluents, chemicals from tanneries, heavy metals, discharge of animal and human corpses, plastic bottles and bags, chemicals from factories nearby, construction waste and human remains.

All the towns located along its stretch contribute to the high pollution levels, and this has resulted in the drying up of Ganges. More so, the river water has become poisonous and harmful for both environment and people living along its banks (the Ganga basin is inhabited by approximately 37% of India’s population).

The impact of rising toxic and killer pollutants in Ganges River has been apparent already in the areas located along its banks in Bengal, Bihar and Uttar Pradesh. According to the study conducted by the National Cancer Registry Programme (NCRP), these areas have reported the highest cancer incidents than anywhere else in the country, due to the toxics of Ganges. People living in and around the Ganges are more susceptible to harmful diseases, as per the NCPR report. 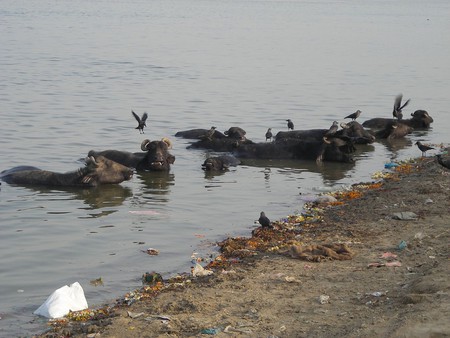 For the last 30 years, the Indian government has spent billions of rupees in cleaning and restoring the Ganges. Also, several campaigns by local organizations, NGOs and corporations have been conducted to clean the river. But the gross negligence, public indifference and illegal practices have failed these actions and the river Ganges still remains polluted.

On March 20, 2017, the Uttarakhand High Court gave sacred river, Ganges (as well as Yamuna river) the status of ‘living human entity’, which means these sacred rivers will enjoy the basic rights as envisaged in the Indian constitution. For instance, any crime committed against Ganges, such as waste-dumping will lead to a trial in court. The main reason behind this ruling was the conservation and protection of Ganges River.

More recently, in July, 2017, the National Green Tribunal (NGT) has prohibited dumping of waste within 500 metres of the river. This stretch covers around 86 drains that release polluted water into the Ganges. In addition to the ban, anyone who dumps waste into the river will have to pay a hefty fine up to 50,000 rupees (£600; $776). The NGT also directed the Uttar Pradesh government to shift the hundreds of tanneries that lie in the catchment area of the Ganges River within six weeks. Plus, a zone of 100 metres from the edge of Ganges has been announced as a ‘No Development Zone’ and transformed into green belts. 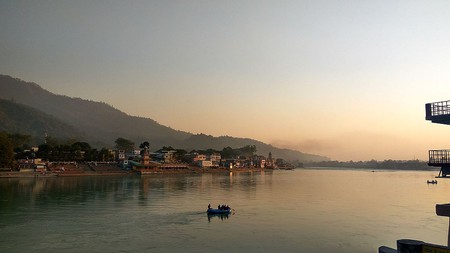 The ban and restrictions will reduce the pollution level in the Ganges by at least 27%. With these measures, Ganges will get back its lost beauty and serenity to some extent, which will in turn give continuity to the River Ganges legacy for generations to come. Also, it will provide access to a clean and healthy environment and water. 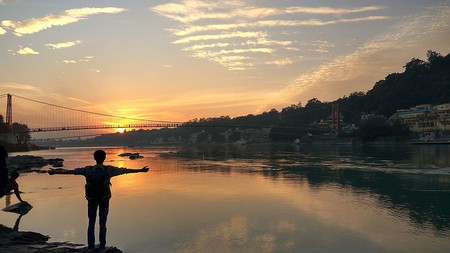 Embrace the Ganges River | © KaustubhNayyar / Wikimedia Commons
Give us feedback