Brief History Of The Bombay Explosion In World War II 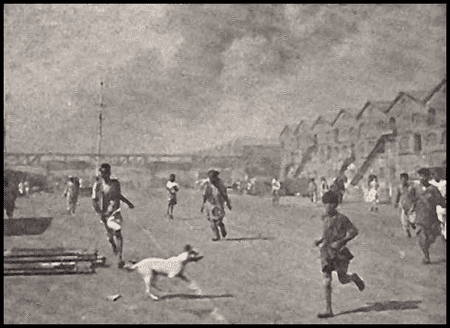 Still under British occupation, India saw over two and half million volunteer soldiers being sent to fight in World War II. Over 87,000 soldiers from British India (including Pakistan, Nepal, Bangladesh to present day India) died during the war. While Mumbai was an important harbor for warships, it was during an explosion in the city itself, on April 14, 1944, when it got a taste of the total destruction and tribulation of World War II.

The Bombay Explosion (Bombay Docks Explosion) occurred at the Victoria Dock of Bombay when SS Fort Strikine, a British freighter carrying ammunition including some 1,400 tons of explosives along with cargo such as cotton bales and gold bars, caught fire. The ship then exploded in two giant blasts, scattering debris around the city, sinking about 11 nearby ships and causing a fire that spread to a large part of the area. Some 800 to 1300 people died as a result, while over 80,000 people lost their homes and 71 firemen lost their lives trying to control the destruction. 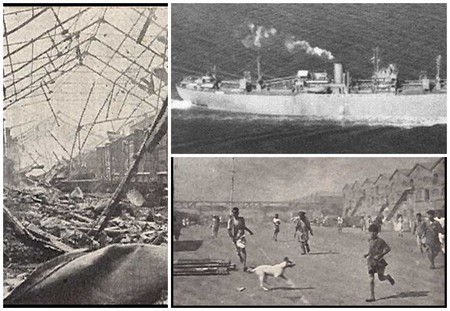 The explosion was so powerful that sensors recorded the earth trembling in Shimla, located over 1,700 kilometers away. Burning debris fell onto nearby slums setting fire to an area of over two square miles. Much of the city’s economical areas suffered severe damages or were even wiped out as a result of the fire. About 6,000 firms were affected and 50,000 lost their jobs, while thousands lost their possessions and homes.

It took 3 days to get the fire under control, and some 8,000 men toiling for about seven months to rid the docks of around 500,000 tons of debris. However, several still-intact gold bars from the ship have been found from the docks including one as late as February 2011. A live explosive was found in the area in October 2011. The Mumbai Fire Brigade had a memorial built to honor the fire fighters who died during the incident outside its headquarters in Byculla.