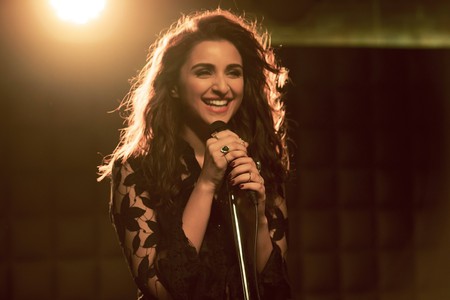 After a few years out of the limelight, actress Parineeti Chopra is back on the big screen in the latest Yash Raj Films rom-com Meri Pyaari Bindu. She didn’t set out to be an actress and has a triple honours degree in economics, finance and business. However, she’s now regarded as one of the most promising actresses in Bollywood for her roles in Shuddh Desi Romance (2013), Hasee Toh Phasee (2014) and a critically acclaimed performance in Ishaqzaade (2012).

Culture Trip caught up with Chopra to find out more about her new movie, including a new talent she’s trying out…

Culture Trip (CT): It’s been three years since your last film Kill Dil (2014). You’ve had a couple of cameo appearances since then, but why the long break between films?

Parineeti Chopra (PC): I wanted to build a house and also wanted to work on my fitness. I had six back-to-back releases, so I needed some time off. I genuinely had no time to shoot for a film. It has given me new perspective as an artiste and I would recommend a break to everyone. It helps you become reflective and understand yourself better.

CT: It’s great to have you back on the screen, tell us what Meri Pyaari Bindu is about?

PC: Meri Pyaari Bindu is a ‘slice of life’ film, a story that I felt connected to. It’s heartfelt and has a touch of nostalgia. I loved the script and my character, so I took it up. 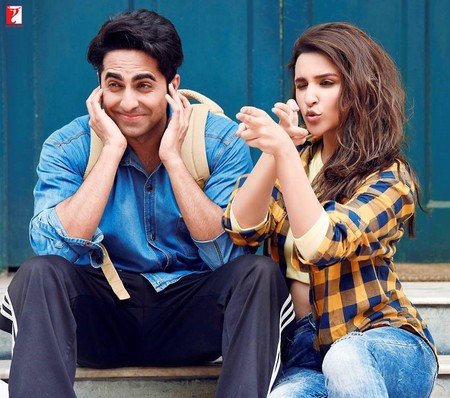 CT: The movie has been described as an ‘old-fashioned love story’, is there still a place for those today?

PC: It isn’t an old-fashioned story at all. Like I said, I found it easy to connect with, which means a lot of people will too. It’s a charming and engaging journey that spans three decades.

CT: Akshay Roy is the director and it’s his first time on the job, is it more of a challenge working with a first-time director?

PC: I love working with first-time directors because I find it easy to collaborate with them and ideate on how best to deliver a scene. Akshay is very experienced in direction, having handled a lot of ad films and short films.

He has the expertise and was in complete control of the film, yet open to our ideas, which was great.

CT: One of the biggest parts of the film for you is that you’re making your singing debut, how did that come about?

PC: I have sung onstage before. I have actually sung from a very young age. However, singing on mic and playback singing come with their own challenges. I wanted to sing and with ‘Maana Ke Hum Yaar Nahin’, the right song just came along. It’s soothing, melodious and grows on you. I am thankful that Maneesh Sharma, the producer of the film and Sachin-Jigar, the composers of Meri Pyaari Bindu worked on the song. I am very grateful for the enormous amount of love and appreciation that I’ve won for it.

CT: How pleased are you with the result? Would you like to do more singing now or stick with acting?

PC: That my first song is such a hit is very gratifying. It’s also very encouraging. I would like to continue to sing in future, for sure, but for now, acting remains my focus.

CT: You’re also scheduled to star in Golmaal Again, can you tell us more about it and other plans that you have coming up?

PC: I am reading and working on some very interesting projects in future, but we will announce them at the right time.