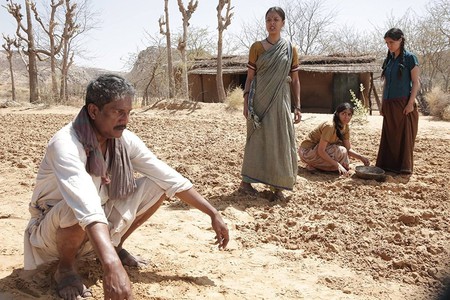 From quintessential Bollywood romances to films with strong social messages, from dramatic biopics to lively musicals, there’s simply no shortage of entertainment in the world of Bollywood next year. Here are some of the films due for release in 2018 that every Hindi cinema fan should be keenly looking forward to.

Dhadak is the next offering from the master of modern Bollywood romances, Karan Johar. After successfully launching Alia Bhat, Sidharth Malhotra and Varun Dhawan in Student of the Year in 2012, Johar is set to give a break to two youngsters, Janhvi Kapoor and Ishaan Khatter. Kapoor is the daughter of legendary actress Sridevi and film producer Boney Kapoor, while Khatter is actor Shahid Kapoor’s half-brother. 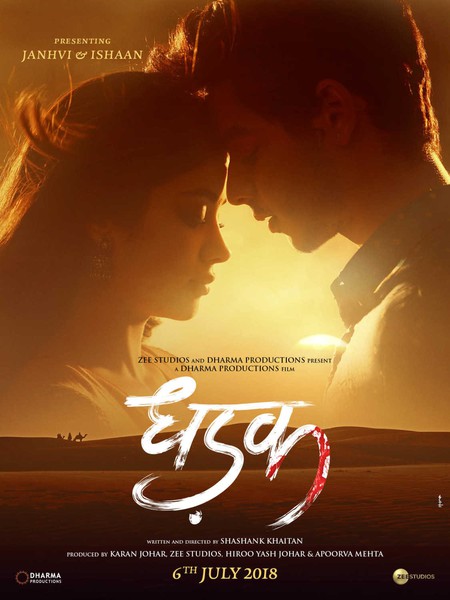 Along with Janhvi Kapoor, 2018 will see the launch of another Bollywood progeny in Sara Ali Khan, the daughter of actor Saif Ali Khan and his first wife Amrita Singh. Khan stars opposite Sushant Singh Rajput in this romantic drama written and directed by Abhishek Kapoor. Kedarnath is a love story set against the backdrop of the 2013 Uttarakhand flood, where over 5,000 people lost their lives. Thousands of pilgrims on their way to the Hindu Chardam (four holy places) were left stranded for days due to the flood. Kedarnath is one of these four pilgrimage sites. 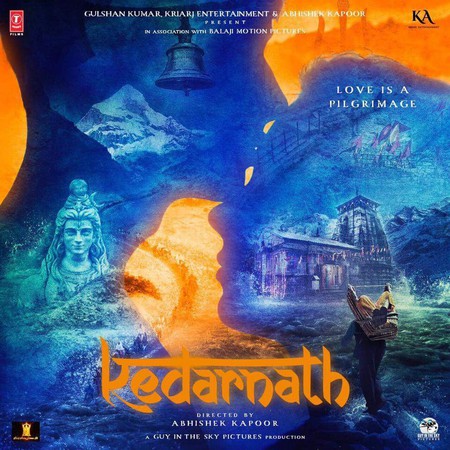 Film poster of Kedarnath | © A Guy In The Sky Pictures

Junglee is a much anticipated action thriller and most of this has to do with the fact it will have Hollywood director Chuck Russell at the helm. Russell has previously directed hits like The Mask and The Scorpion King. Junglee will feature Vidyut Jamwal in the lead role. He plays a veterinarian trying to fight elephant poaching and ivory smuggling. The film is expected to release over the Dusshera holidays next year.

Akshay Kumar’s last film Toilet: Ek Prem Katha tackled the issue of sanitation in rural areas of India, especially the need to put an end to open defecation. In 2018, Kumar will be back with another film carrying an important social message. Padman, which has been inspired by the life of social activist Arunachalam Muruganantham, hopes to throw light on the topic of menstrual health and hygiene, a subject still considered taboo in some parts of the country. Muruganantham is a pioneer who developed low-cost sanitary napkin machines and installed them in different villages in India. The film is directed by acclaimed director R.Balki and also features Sonam Kapoor and Radhika Apte. 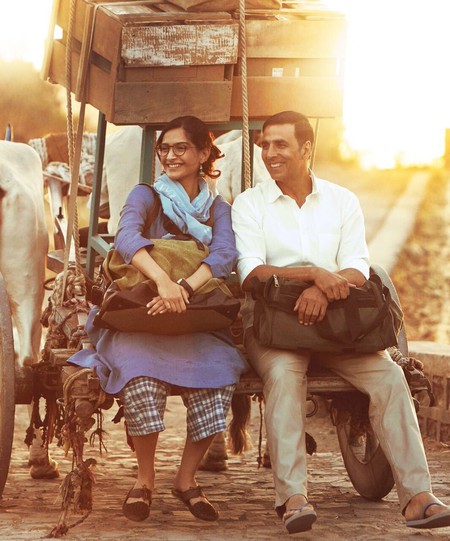 Fanney Khan is a Bollywood remake of the Oscar-nominated Belgian film Everybody’s Famous! The film will see Aishwarya Rai Bachchan and Anil Kapoor reunite on-screen after the 1999 musical Taal. While Bachchan stars as a singing sensation in Fanney Khan, Kapoor is the aspiring singer. The cast also includes Rajkummar Rao, who plays the former Miss World’s love interest in the film.

Directed by Meghna Gulzar, Raazi is an espionage thriller starring Alia Bhatt and Vicky Kaushal. The film is an adaptation of Calling Sehmat, a novel by Harinder Sikka about an Indian spy from Kashmir who marries a Pakistani man in order to source intelligence during the India-Pakistan War of 1971. Raazi is set for release on May 11, 2018. 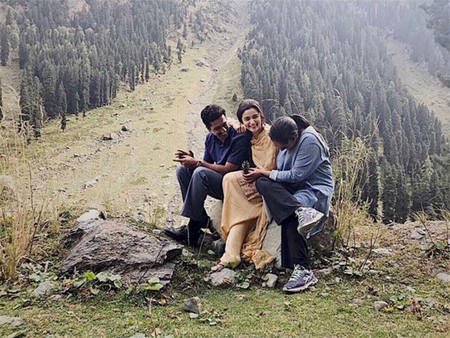 Aiyaary is an action film based on a real-life story. While the plot of the film has been kept under wraps so far, the talented cast of Aiyaary has had moviegoers eagerly anticipating the film’s release in January 2018. The film stars Sidharth Malhotra and Manoj Bajpaye in the lead, with veteran actors Anupam Kher and Naseeruddin Shah in supporting roles. With the National Film Award-winning (the highest film award in India) director Neeraj Pandey in charge, Aiyaary looks very promising. 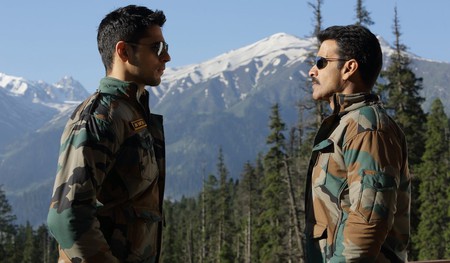 Manikarnika: The Queen of Jhansi

Manikarnika: The Queen of Jhansi is a biographical account of the 19th-century queen Rani Laxmibai who ruled over the erstwhile princely state of Jhansi in North India. Kangana Ranaut, who has previously found success playing independent women characters in Queen and Simran, stars in the titular role. Rani Laxmibai was one of the influential figures leading the Indian charge against the British during the rebellion of 1857.

The Accidental Prime Minister is a biopic about former Indian Prime Minister Dr Manmohan Singh. It is based on Sanjaya Baru’s 2014 memoir of the same name. In a recent movie poster, Anupam Kher who plays the title role, looks strikingly similar to the ex-Prime Minister. Dr Singh was an admired economist but as the country’s premier, he was often criticised for his silence on important issues including corruption scams within his own party. 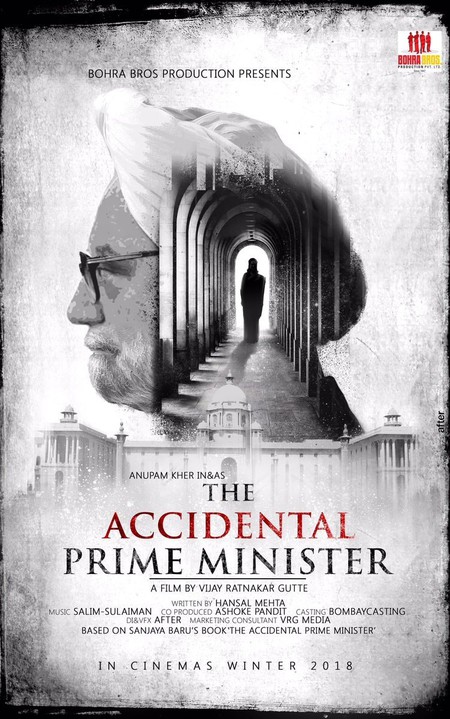 It wouldn’t be too far-fetched to say that this is the most awaited film of 2018. With Amitabh Bachchan and Aamir Khan, two of Bollywood’s most acclaimed actors sharing screen space for the very first time, Thugs of Hindustan is expected to be nothing less than spectacular. This Diwali release is a period action adventure film directed by Vijay Krishna Acharya who had earlier worked with Khan in Dhoom 3.

Love Sonia, an Indo-US anti-trafficking drama, marks the directorial debut of Tabrez Noorani. The cast includes Demi Moore, Freida Pinto, Anupam Kher, Manoj Bajpayee, Richa Chadda, Adil Hussain, and Rajkummar Rao. The story has been inspired by the life an Indian girl who finds herself trapped in a global sex trafficking racket. In the film, Moore plays the role of a social worker, while newcomer Mrunal Thakur will feature as Sonia. 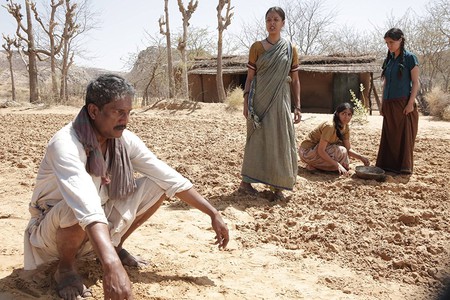