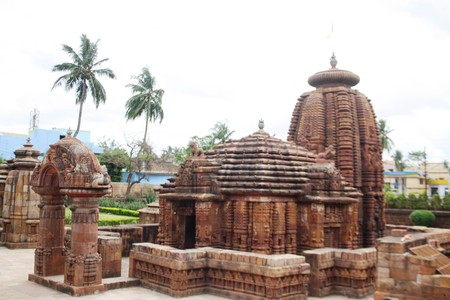 Mukteswar Temple: An example of the ancient craftsmanship in stone.

Historically, Bhubaneswar has been a known human settlement for a long time. The city takes its name from Tribhubaneswar, which literally means the Lord (Eeswar) of the Three Worlds (Tribhuban), as in Lord Shiva. The numerous ancient temples that dot the older part of the city are predominantly Shaivite, with one-off edifice dedicated to Vishnu.

The Kalinga War, which took place near Dhauli (now in the south fringes of the city on the bank of Daya River) in the 3rd century BC, turned Ashok the Great into a disciple of the Dhamma. It is said the proud residents of this region fought so bravely with Ashok’s army that the waters of the Daya took on a reddish tinge as the blood poured in. A Japanese Peace Pagoda on the hilltop stands in memorial of this historic event. Later, Emperor Kharavela established his capital at Sisupalgarh, on the outskirts of the modern city. 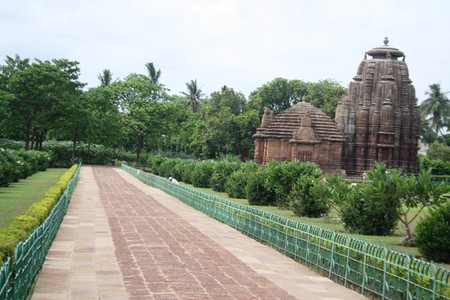 Rajarani Temple: A temple without any presiding deity

Post-independence, the modern city was designed, by the German architect Otto Königsberger, in 1946. Along with Jamshedpur and Chandigarh, it was one of modern India’s first planned cities. Wide roads, a neat division of the urban facilities, and avenue plantations made it very urbane. Some older residents still recollect the greenery that was very much part of the cityscape and the pleasant cool breeze that blew in the afternoons and evenings, making the city a joy to live in.

Today, all that is gone. In the race to become a Smart City, Bhubaneswar has traded its lush green canopy for wider roads and paved sidewalks, so much so that not a blade of grass now grows by the side of the road. The cool breeze has given way to high humidity, an itchy, sweaty gloom that lasts well into the night. Bhubaneswar consistently hits the 45 degree Celsius mark even in April and May, and for as much as six months of the year, the daytime temperature makes venturing out a not very enjoyable experience. 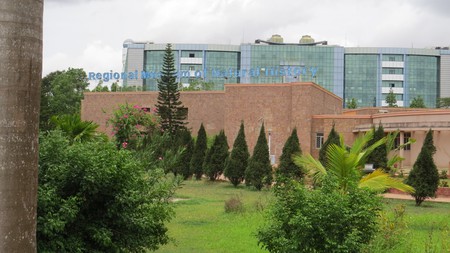 The city has been a hub of academia and culture in India over the past few decades. Today, it boasts the IIT, AIIIMS, NIFT, XIMB, National Institute of Science Education and Research, Institute of Physics, Regional Institute of Education and leading private universities like KIIT and SOA University. As such there is a new vibrancy to the city as the youth try out various things with their intellectual capital.

Bhubaneswar has also been a citadel of classical art forms, such as the famous lyrical Odissi dance, music, and Chhau art. Though the state government has founded an Odissi Research Centre, much of the learning takes place in the age old Guru-Sishya tradition in the residence of the Guru. Many foreigners throng to the city to become trained in these arts. Some, including Ileana Citaristi and Masako Ono, have made the city their home while running their own dance schools.

With its sketchy business history and laidback culture, Bhubaneswar at first seems an unlikely birthplace for new-age startups. The city is well laid out but retains its rural charm, being on the edge of an elephant trail and a large forest. A general look of lazy nihilistic resignation hangs over as people gather around shanty tea shops, sipping milk tea and discussing everything from politics to cricket. Yet there are signs of the city emerging as a techno-commercial capital, driven by enterprising youth, an acceptance of entrepreneurship as a mainstream career and incentives from the state and local governments. Glass and steel buildings are mushrooming across the city to accommodate their new-look offices. InDNA, Tatwa Technologies, Roboticswares and Muvi.com are some of the leading start-ups based here. 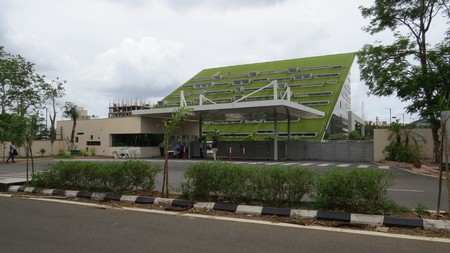 IT majors like Infosys, TCS and Wipro have set up base here

A proximity to world-class educational institutes and research environments, comparatively lower operational costs and exposure to the global markets are what propels the city as a startup hub. The presence of IT giants like Infosys, Wipro, Mindtree and TCS in Bhubaneswar also acts as a catalyst for the fast growing startup culture in the city. No wonder then that the World Bank has ranked Bhubaneswar as the best place to do business in India. 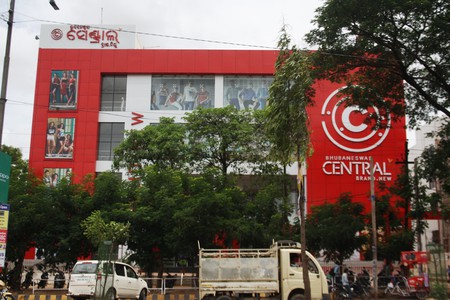 Malls are springing up across the city ( Photo: Rakesh Mohanty)

And if the boredom sets in, there is so much to do within a radius of 50 km. The beach at Ramchandi is known as a surfer’s paradise and plays host to the India Surf Festival every year. There are biking and cyclist groups, allowing you to explore terrains the city-slickers have never seen. For those who find their joy in volunteering, there is the Bakul Foundation, with offers the opportunity to dabble in tree plantation drives to theater and story-telling.

But the fact is that in order to be smart, Bhubaneswar is essentially losing its natural heritage and laid-back pace of life. Maybe in several years it will be another Pune. Pricey, dusty and forever chasing the Big City dream, but not quite there. 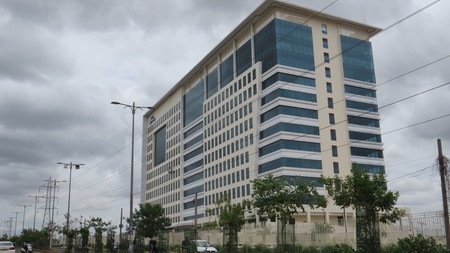 The changing Bhubaneswar: DLF Cyber City
Give us feedback