Bhang, A Story Of Divine Intoxication 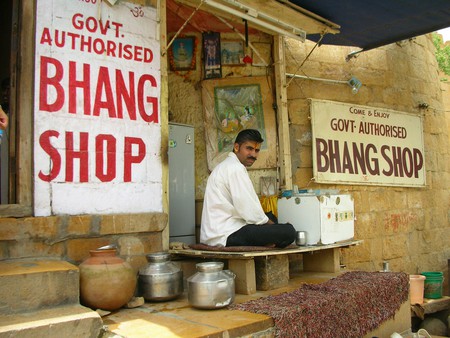 India is a land of traditions, some ancient, some recent, some bizarre and some just downright trippy. One such tradition is the consumption of bhang or thandai on holy days, particularly on festivals like Mahashivratri and Holi. Bhang is a preparation of cannabis, which in this form is legally sold by government shops during the festive season. Anyone who has lived in Northern India is aware and has probably experienced a bhang trip at least once in their lives. 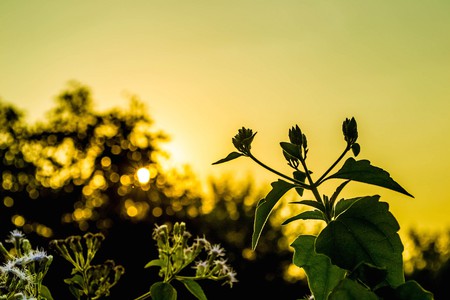 India is a land of traditions, some ancient, some recent | © Thangaraj Kumaravel / Flickr

The consumption of cannabis in various forms for spiritual awakening has been practiced in India for thousands of years, even recorded in the ancient Atharvaveda (1200-1500 BC) where cannabis is described as one of the five most sacred plants on Earth.

It is made by a time-consuming and laborious process, which is why most Indians prefer to buy their bhang ready for consumption, rather than grind and mix the leaves themselves. It is consumed cold as a milkshake (thandai), which also contains various other spices to make the drink more palatable. The popularity of the drink comes from the fact that it has ‘divine’ sanction (more on that later), which was particularly useful to higher caste Hindus who could not consume alcohol or any other intoxicants! 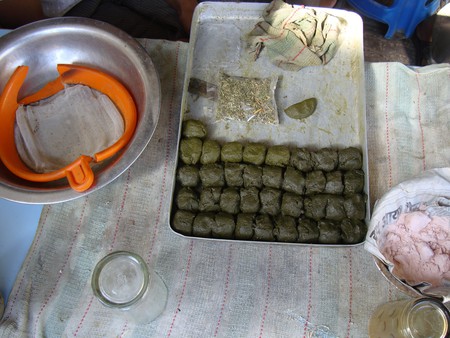 The preparation of bhang is very time-consuming | © Reuben Strayer / Flickr

Tripping Through the Loopholes

As in most parts of the world, cannabis is still treated as a narcotic drug, the possession of which is illegal and punishable by law. However, two loopholes in the Narcotics Act (1985) allow revelers to drink up on days like Holi. The law in question prohibits the consumption of cannabis resin and the cultivation of cannabis. So how does one legally consume a plant that is illegal to grow? Well, the two loopholes line up favorably to make this happen: the law does not recognize the leaves of the plant as narcotic/illegal, and it allows harvesting of leaves that are growing ‘naturally’ in the wild! (This explains the famed wild growing marijuana fields in Himachal Pradesh, incidentally, quite close to the location of the mythical Kailash Parvat, home of Lord Shiva.) 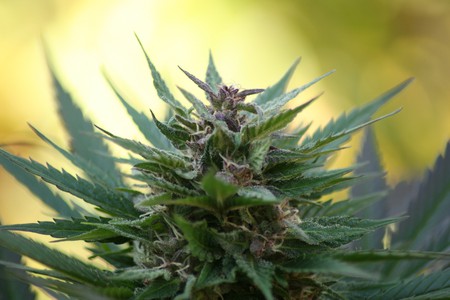 In most parts of the world, cannabis is still treated as a narcotic drug | © Martijn / Flickr

There are numerous folktales about bhang’s first appearance on the planet, most of which revolve around the well-known tale of the churning of the Ocean – one of the enduring origin myths in South-East Asia, depicted even on some of the bas-relief at Angkor Wat in Cambodia) – when the Hindu gods churned the cosmic ocean to obtain Amrit (the elixir of immortality). One version of the story tells that marijuana plants grew wherever the drops of this elixir fell on Earth (quite telling about its status as a miracle plant). In another version, when Shiva was summoned to drink up the poison from the churned ocean, his throat turned blue (Neelkanth), and the agony of the burning poison was too much to handle. His consort, goddess Parvati, churned some bhang, and he was then relieved of the pain. Much of the medicinal lore around bhang comes from such stories where Lord Shiva uses the plant to cure an ailment. 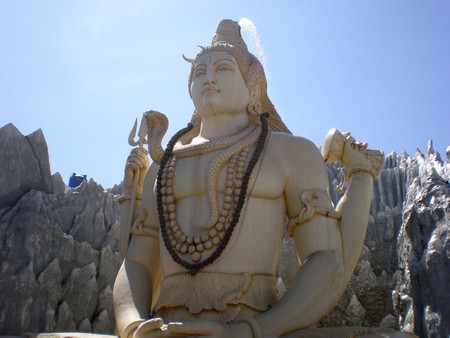 Bhang has been traditionally associated with Shiva worship which is why he is often called the ‘Lord of Bhang’. However, Lord Shiva is first and foremost the God of all creation and destruction in Hindu mythology, with a particular liking for all that is rejected – corpses, intoxicants and such (traditionally, Shiva is offered the datura/Devil’s snare, a poisonous flower that he is particularly fond of!). This preference for taking what is rejected by society extends to his love for cannabis. The destruction aspect of his personality also extends to the metaphysical world – he is the destroyer of ignorance and illusion, and this particular trait is enhanced by his use of cannabis. In almost utter contrast to using the drug as escape, the Vedic texts tell of how Lord Shiva used it to turn inwards and gain the ultimate mastery of his senses, but they also repeatedly warn that he is the only one who is capable of using it; therefore, mere mortals should refrain from even attempting!

However, the concept of using bhang for spiritual awakening has been widely muddled by modern-day pop-mythologists. Much of the confusion over details of Shiva’s cannabis usage comes from the 60s and the 70s when hippies traveled to India and discovered a psychedelic loving god and propagated numerous stories about it. One of the most enduring and most factually incorrect such myths is the myth of the ‘chillum’ smoking Shiva, now so common that it is accepted as fact and even frequently found in paintings and posters. It is true that holy men and devout followers of asceticism smoke chillums to get intoxicated faster and reach a state of trance (sadhana), but there is no textual basis of this practice.

The Shaivite tradition speaks of using bhang as an offering to Shiva, a symbolic surrender of all of life’s intoxications to the divine. This is quite a contrast to what most people believe, which is that bhang is to be consumed as a holy gesture/in reverence to the original bhang loving God. 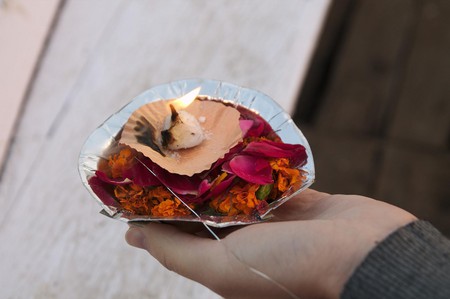 Another common misconception is the fact that mythology encourages Shiva worshippers to ‘get high’. While there is no actual textual evidence for this, there is ample written about Shiva’s consumption of cannabis being an exception to the rules that apply to all mortals. His capacity for knowledge and his power over his senses exempts him from any potential dangers of potent cannabis use (all according to mythology of course). His followers, however, reject the distinction between the divine and the common and use bhang in the same way, to attempt to achieve transcendence (although a majority of people now use it merely as a customary celebratory drink). 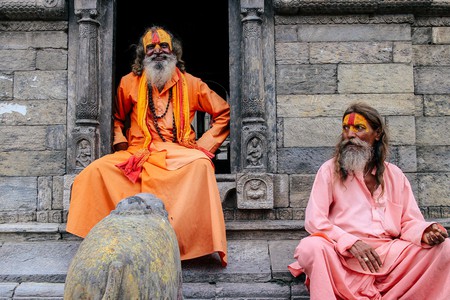 Among the ascetics, the Naga babas and Aghoris, as they are known, use bhang very regularly, as they attempt to mimic the path to salvation by following in the footsteps of their chosen god Shiva. They even smear ash on their faces and retreat into remote caves in the Upper Himalayas for years at a time, meditating and only ever leaving their solitude to come down to the MahaKumbh Mela, an event that takes place once in 12 years.

The mythology around the benefits of drinking bhang for health and success have grown over thousands of years. In the Vedic texts, bhang is a treatment for a variety of medical conditions, from epilepsy to depression (in recent years THC oil has been used effectively by scientists for the same). Particularly in North India, bhang is believed to be an omen of success; a dream of bhang is seen as a telling sign of future prosperity. Where these myths come from cannot be traced, but they remain a part of the ever-evolving aura that surrounds bhang consumption in India. Ultimately, bhang is a physical manifestation of Shiva’s deepest philosophy – that which can destroy can also create.