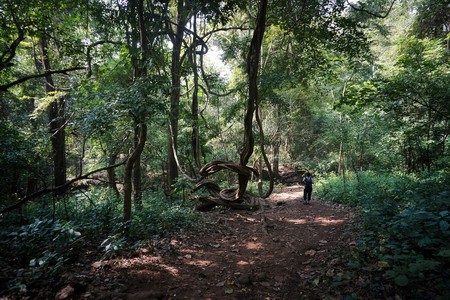 There are several kinds of treks, and one of the most beautiful is when it involves a waterfall either on the way or at the final destination. Waterfall treks can be challenging due to the slippery terrain, steep climbs or scrambling, but the journey is absolutely worth it all. Here are seven excellent trails in Kerala that include resplendent waterfalls.

After an off-road drive from the main road, the trail starts from the Urumbikkara Bungalow and follows the Pappani River to Kalthotti. Jeeps are available for hire from Yendayar to the bungalow so that you can transport your belongings to the campsite at Irumulachi Kallu (rock) while you trek to the point. This trek is an overnight journey. You’ll reach Irumulachi Kallu by the first evening, camp there and then continue to Kalthotti, which is three hours from the campsite. 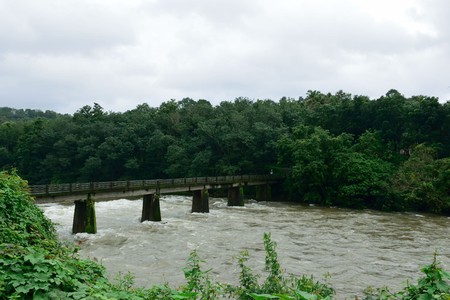 The trek starts from Chathancode (a tribal colony), which is only 800 metres (2,625 feet) from the Kanithadam Checkpost up to where there is vehicular access. The trail follows the Thodayar River, which leads into a denser shola forest. Hikers will encounter a myriad of insects, butterflies, frogs, snakes, and other small animals on the trail. The main falls are an enthralling sight to watch. Vazhvanthol Falls have pools, formed by the sheer force of the falls, as deep as 12 metres (40 feet). 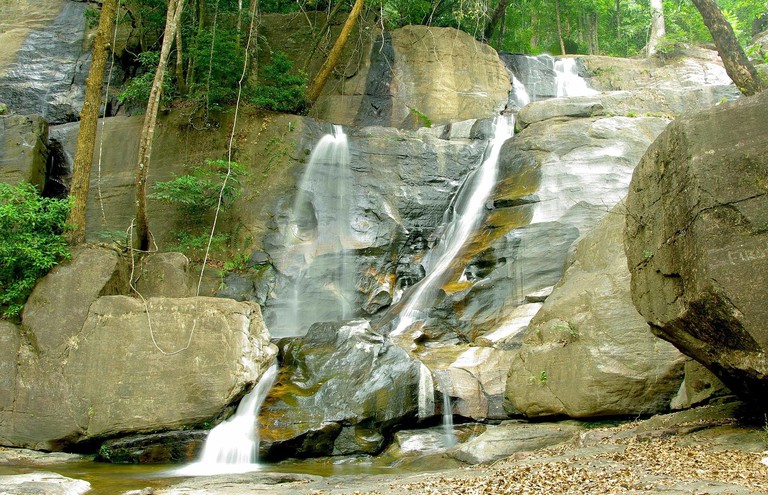 In the unexplored region of the Wembilli forest range lies a 183-metre (600-foot), almost vertical waterfall. Situated off the Yendayar-Urumbikkara Road, the base of this waterfall is only a 500-metre (0.31-mile) walk, after a one-kilometre (0.62-mile) off-road drive/ride into the shola forest. There are three stages in the fall: the upper two stages require difficult scrambling, cutting out your own trail, and conquering moss-laden slippery rocks.

A prized trail for trekkers, Marottichal has several things to offer. The trail begins with the Marottichal Waterfall, which is easily accessible for everyone – young and old. From there begins a marvellous four-kilometre-long (2.4 miles) trekking path that passes through dazzling streams and a delightful forest. The trail ends at Ilanjippara Waterfall. You can easily get lost; therefore, it is imperative that you follow some form of route marking.

Atla Falls is one of the famous waterfalls in Palakkad district. The trek starts from where the road to Atla Falls from Kalladikode ends. The 90-minute trek takes you to the waterfall base, from where it is another five-hour walk to the top of the falls. Camping at the top is possible if you have the necessary equipment.

Thommankuthu Waterfall is named after Thumban, a tribal head who died in its waters. A short, wide-bodied waterfall, it lies on a magnificent forest trail. You can trek along the trail adjacent to the Kaliyar River to reach the upper stages of the cascade. The path goes 18 kilometres (11 miles) deep into the forest; however, the trek accessibility is limited to 13–15 kilometres (nine miles) to reduce human intrusion into the forest. 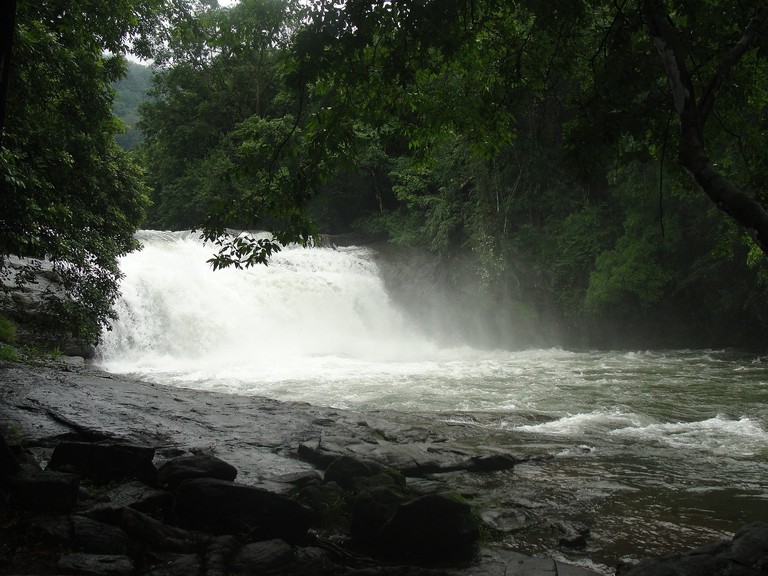 The Dhoni hills are one of the lesser-known spots near Malampuzha Dam. Trek to the top of the hills, and you will arrive at the waterfalls. This is often a major deterrent for regular tourists. Though the falls are small, the beautiful surroundings make up for it. The water from the falls feeds the reservoir. Another trekking trail is present from the Dhoni Falls to Malampuzha Dam, which requires prior permission from the forest department. 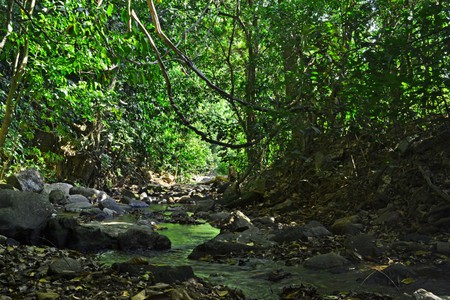