The Best Things to See and Do in Central India 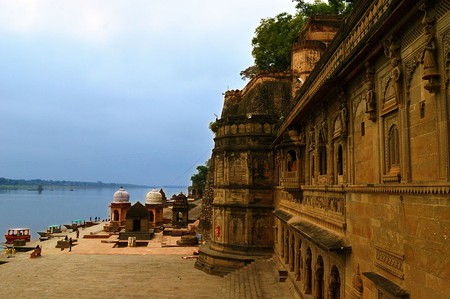 The central region of India comprises two states – Madhya Pradesh and Chhattisgarh. With a historic past known all across the country and uniquely celebrated fairs and festivals, Central India makes for a must-visit tourist destination. Check out some of the best ways to experience the natural beauty, ancient architecture and traditions at the heart of India. 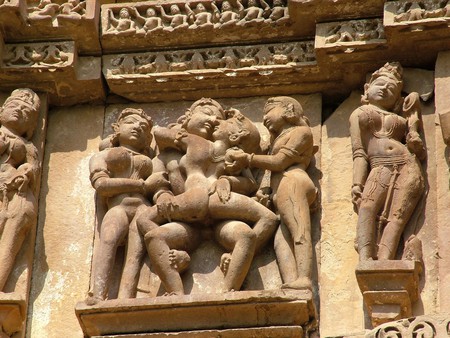 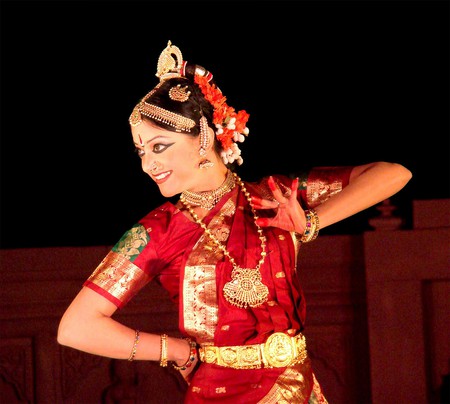 Boating in the City of Lakes

Bhopal, the capital city of Madhya Pradesh, is famously called the ‘City of Lakes’. It is divided into two parts by two lakes, namely the Upper Lake and Lower Lake. Boating is a preferred leisure activity here. Other than that, you may enjoy visiting the local monuments and temple too. As you go walking on the streets, you will also notice a great blend of urban and historic planning in the city’s architecture. 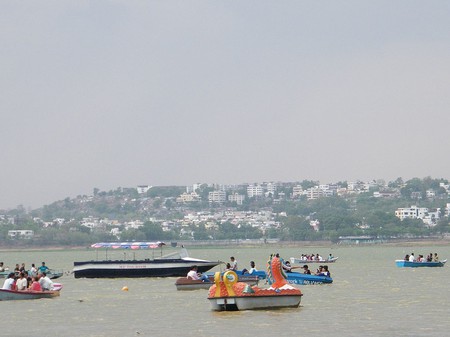 Visiting the world-renowned white marble rocks of Jabalpur is something you must do on your trip to Central India. Alongside the river Narmada, these marble rocks make one of the most beautiful landscapes in Madhya Pradesh. To get a closer look, indulge in boating in the river. Nearby the marble rocks is the Dhuandhar Waterfall, which is one of the best waterfalls in India. The place is also a great picnic spot to go with family and friends. So make sure you spend some good time here. 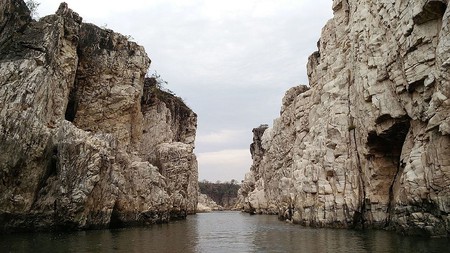 The magnificent fortress of Gwalior

Gwalior Fort is known to be the most impenetrable in the country, and has been a witness to the rule of many Indian kings. The architecture has been quite intriguing for travelers far and wide. Palace of Maharaja Man Singh Tomar has beautiful turquoise tile designs on the outside and intricate wall and ceiling carvings on the inside. Assi Khamba ki Baoli, Sahastrabahu Temple, Teli ka Mandir and Gujari Mahal Archaeological Museum are famous places to see inside the fort complex. 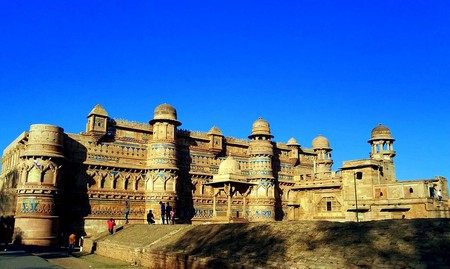 The Bandhavgarh National Park is known to have the highest number of tigers in India. Visit this place to closely observe the natural flora and fauna of Madhya Pradesh. One of the coolest things to do is to climb onto an elephant and take a safari around the jungles. Here, you can spot animals like leopards, deer and wild tigers, and bird species like eagles and vultures. 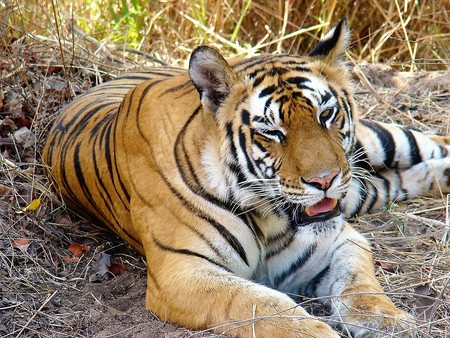 If you’re a foody, then you must indulge in eating the mouthwatering bhutte ka kees. It is a delicious mix of milk and corn, and one of the popular dishes from the state of Madhya Pradesh. Indore is where you get the best of this delicacy. Chakki ki shaak is another Central Indian food you should taste at least once on your trip to the region. However, you can also relish the delectable malpua, mawa-bati and bafla. 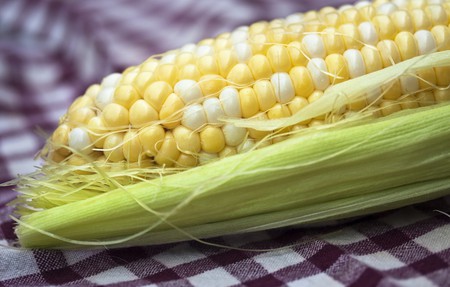 Witness the remains of Bundela era in Orchha

This historic town calls for a visit because of its magnificent palaces and beautiful cenotaphs. The Orchha fort complex has a number of interesting architectural marvels like Jahangir Mahal, Rai Praveen Mahal, Phool Bagh, Ram Raja Temple and the Lakshminarayan Temple. The Chhatris (cenotaphs) of Orchha are also quite popular. The best way to witness their beauty is by viewing them from the opposite end of river Betwa. For a little adventurous experience, you can even try boating and river rafting in Betwa, or just casually cycle your way around the Orchha Nature Reserve. 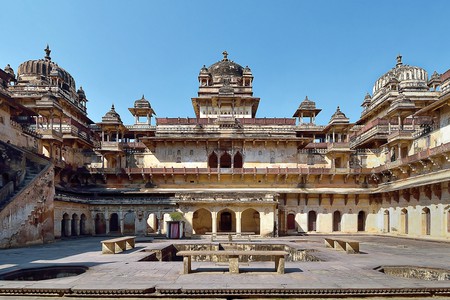 Bhimbetka caves are basically 10,000-year-old rock shelters believed to have existed since the Stone Age era. These caves have a number of rock paintings belonging to the Paleolithic era and medieval time. The paintings depict hunting scenes, men drinking, human and animal fights, and communal dances. For those wishing to get a glimpse of the ancient days, Bhimbetka caves can be a great option. The rock shelters are a UNESCO World Heritage Site, and are under protection of the Madhya Pradesh government. 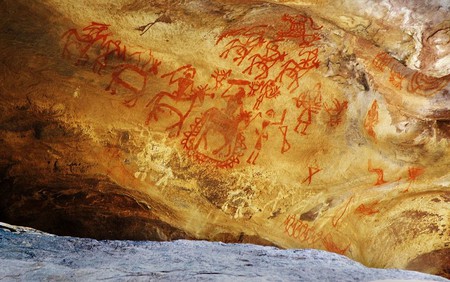 Raipur is the capital of Chhattisgarh, and also a well-known historical place. Particularly famous for rice agriculture, the city has many popular tourist destinations like Mahant Ghasidas Museum and Purkhauti Muktangan Museum. While here, you must visit the Chhattisgarh Haat and Shabari Handicraft Emporium, where you get to see Dhokra arts along with many other fine workmanships from the state. Vivekanada Sarovar is also quite popular as a preferred picnic spot among the locals. 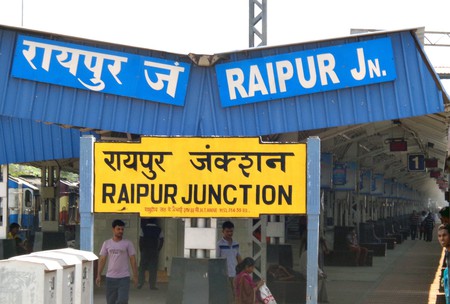 The medieval town of Sirpur

This is often referred as the ‘lost town’ of Chhattisgarh, and therefore, most of the monuments here are now in ruins. However, if you happen to be a history buff, Sirpur can be a real treasure for you. It is a well-known archaeological site with monuments like Lord Buddha’s sculpture, Gandeshwar Temple, Balesvara Mahadev Temple Complex, and an ancient Ayurvedic treatment center. The Lakshman Temple is also quite famous, and said to have been built in the 7th-century A.D. 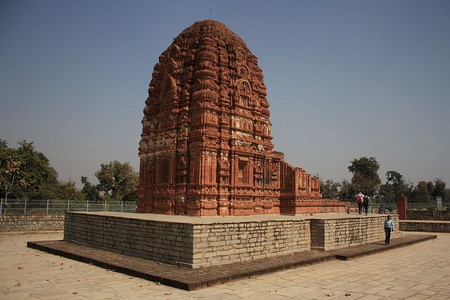 Chhattisgarh in Central India has some of the most beautiful waterfalls. There is the Chitrakote waterfall, which is famously called the Niagara Falls of India. The river Indrani flows flat and falls down as a single flow here. During high currents, the falling water creates a breathtaking view. Teerathgarh Falls form another beautiful curvy slope, bouncing over a number of rocks and stones. This waterfall is also called the milky fall, because of its white colored waters. Tama Ghoomar waterfall is another place to experience calm and serenity. 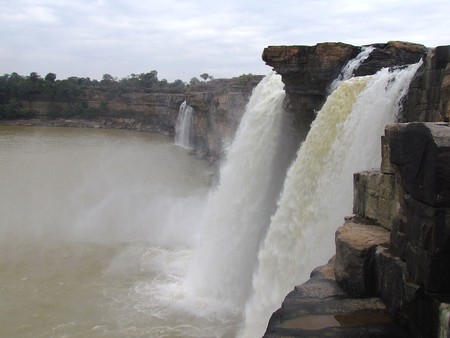 If adventure sports interest you, then a must-try activity is bungee jumping at Jagdalpur, where the Chitrakote waterfalls are situated. Amid great flora and fauna, this 30-meter high hotspot is a great place to experience fun sports like this. Visit Jagdalpur with your gang and spend some good time picnicking.

Pandavani is a popular folk-dance form of Chhattisgarh. It is basically a drama act consisting of songs and stories about the Pandavas (the five brothers in the epic Mahabharata), hence the name. Teejan Bai is a quite famous Pandavani performer, who’s even earned a number of national awards. While you’re in Central India, make sure you see her performance too. 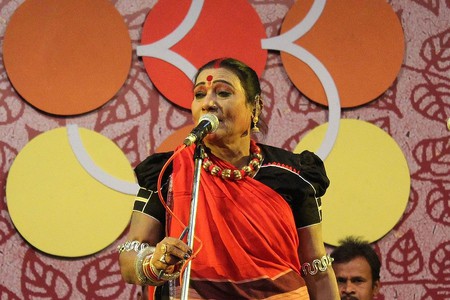 In Chhattisgarh, a bull-worshipping festival called Pola is celebrated by the farmers. For this, the bulls are decorated with colorful accessories, new clothes and bells. The festival is celebrated as a plea to God for bestowing the farmers with a good harvest. After the religious ceremonies, a bull race is conducted, where the farmers participate with their bulls. Watching this race is an enthralling experience. 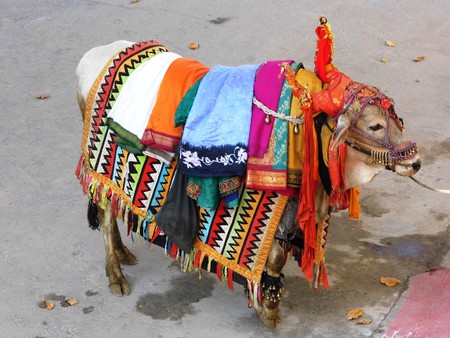 A decorated bull | © CC0 Public Domain/pxhere
Give us feedback