Beautiful Palaces in India That You Can Book to Stay in 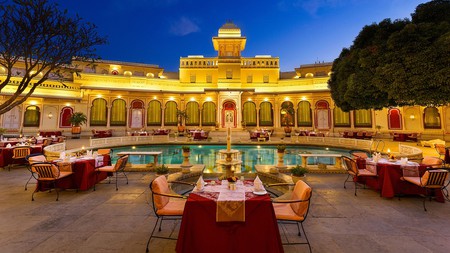 India is now a democratic republic, but its maharaja dynasties have stuck around, many still impressing visitors with their tradition and splendour. Other royal families, such as the Nizams of Hyderabad, have faded away, but their magnificent residences have been opened up to the public and converted into heritage hotels. Read on for Culture Trip’s guide to the best palaces in India you can actually stay in. 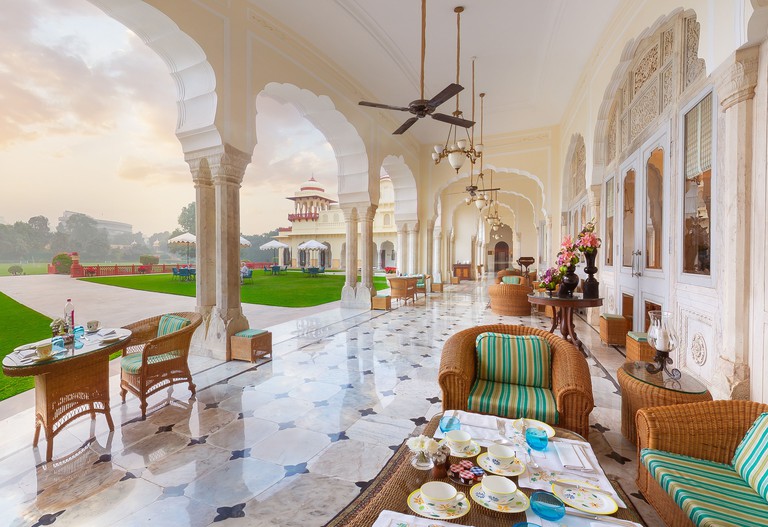 Rambagh Palace has been a fixture on the social scene in Jaipur since the 19th century, but the Maharaja of Jaipur adorned the palace with its current flourishes in the 1930s. Today it’s a lavish Taj hotel – a spectacular jumble of balconies, turrets and arches, with antique-filled bedrooms that feel like the Maharaja just stepped out for a game of polo. Every detail of the place is extraordinary, from the palatial suites to the chandelier-draped dining halls, backed up by service worthy of a maharaja. 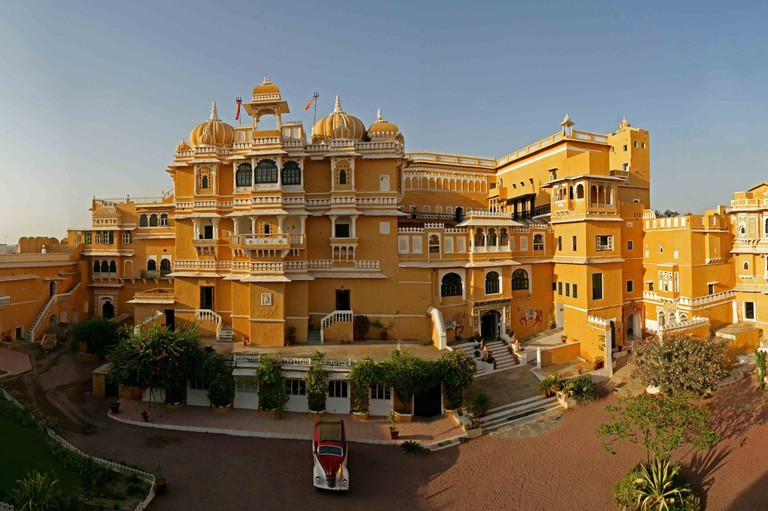 A fantastical wedding cake of a palace, the Deogarh Mahal rises above the knotted streets of Deogarh like a daydream. Towering walls topped by white filigree crenellations and onion domes wrap around an enclosed courtyard, as well as bedrooms and suites that are decorated just as they would have been when the Rawats of Deogarh occupied the palace in the 19th century. It’s the full palace package – regal service, fine dining, the works. A hidden sub-courtyard reveals a lotus-shaped swimming pool. 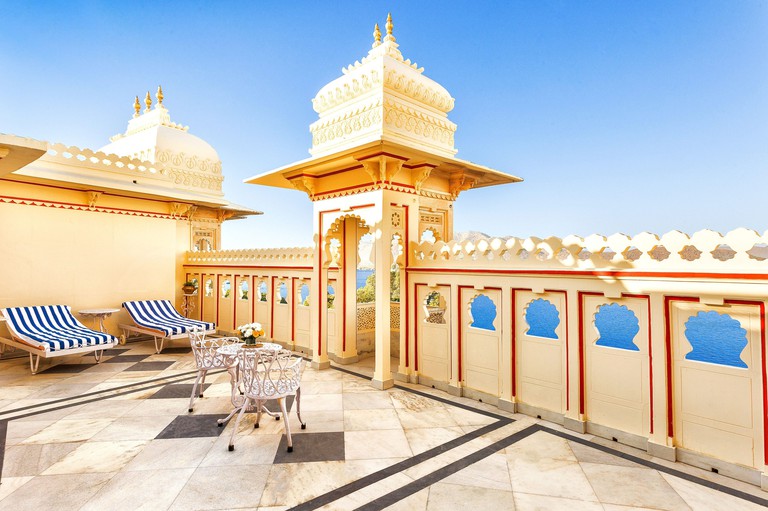 The palatial rooms at Udaipur’s Shiv Niwas are lavish enough, but the suites are simply astounding. Royal portraits adorn the walls and vividly coloured Bohemian chandeliers dangle in front of arched doorways and alcoves, painted plaster and divan-filled balconies. The levels of extravagance ramp up as you move through the room classes – by the time you reach the opulent Imperial Suite, you’re pretty much living as the Maharana of Udaipur did when this was one of the city’s regal royal palaces. 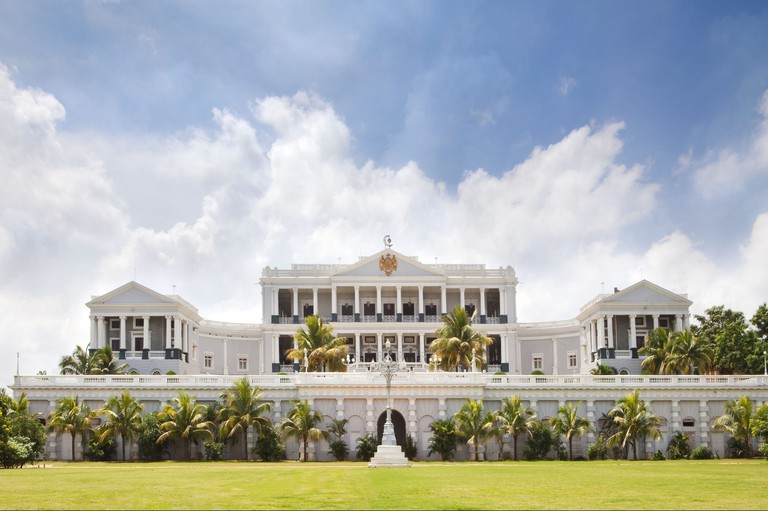 Courtesy of Taj Falaknuma Palace / Expedia
At 600m (2,000ft) above the city of Hyderabad, this stately late 19th-century bright white palace will wow you with its Venetian chandeliers, French tapestries and original art. Once home to the Nizam of Hyderabad – said to be the richest man in the world at one time – the palace’s rooms feature pretty floral touches, pastel silks and authentic wood-beamed ceilings and oak flooring plus views of ancient Hyderabad. Acre upon acre of grounds include the Rajasthani Gardens, featuring intricate Rajput architecture. Whatever your taste, you’ll feel like royalty in this Indian palace, fussed over by butlers bringing you Indian treats for breakfast – or any meal. 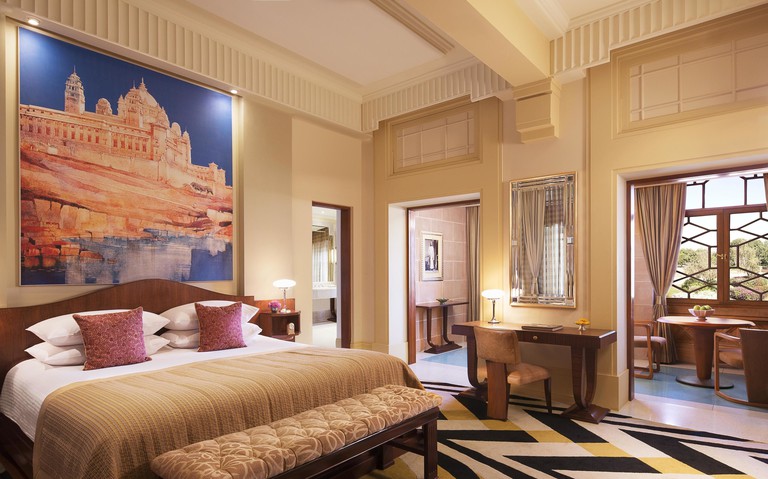 Umaid Bhawan Palace | Courtesy of Umaid Bhawan Palace / Expedia
Built from the same palm court marble as a certain Taj Mahal, this sprawling complex is one of the largest private residences in the world. High up on Chittar Hill – the highest part of Jodhpur – it’s just 20 minutes from the airport for weary travellers. But you’ll liven up at the art deco-style rooms and the palace that houses them – with colourful murals splashed across walls, curved marble showers and bathtubs reached via a cathedral-like lobby and sweeping stone staircase. Take a heritage walk and admire the lively peacocks in the velvet-lawned gardens, which are also home to a pool. Fill up on authentic Rajasthani cuisine after a bendy yoga session. As far as palaces in India go, you can’t get much more luxurious than this. 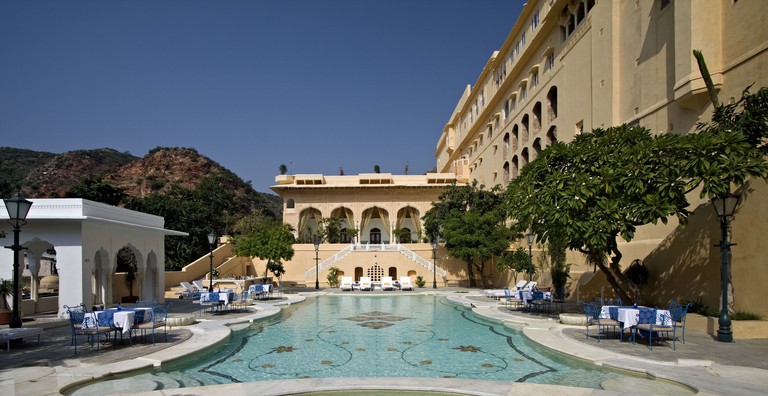 Samode Palace | Courtesy of Samode Palace / Expedia
Four-poster beds draped with floaty fabrics, carved couches beckoning you to rest on them, rich carpets underfoot, rose petals in your bathtub – no you’re not dreaming, your at a centuries-old maharaja’s mansion, a 50-minute drive from Jaipur. Ask for a suite with views of the Aravalli Range and the bazaar-filled village you can take a jeep to visit. The Royal Suite includes a private terrace and outdoor Jacuzzi. Sample as much fragrant Indian fare as you can, available from every terrace and dining spot overlooking the hills the hotel nestles in. 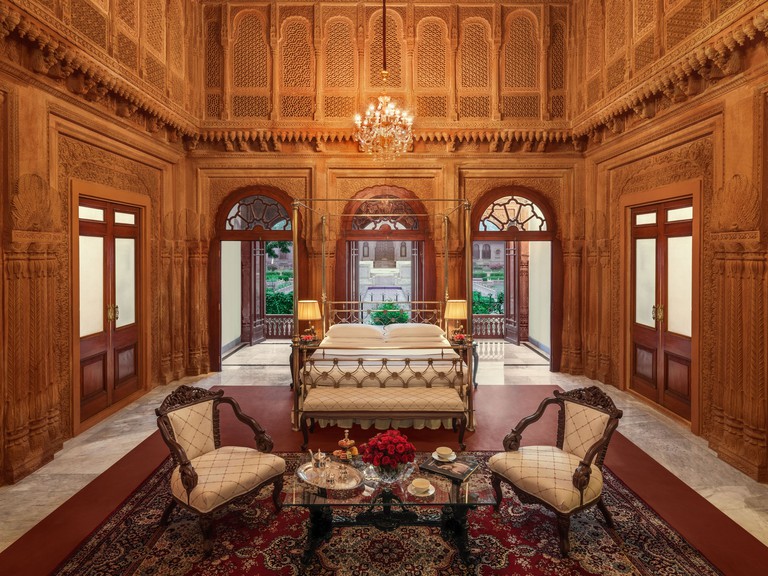 The Laxmi Niwas Palace | Courtesy of The Laxmi Niwas Palace / Expedia
If you like your culture with a heavy dose of grandeur, this rich red sandstone palace – built in 1902 – is renowned for its intricate Indo-Saracenic architecture: all filigree, carved screens and latticed windows. You’ll be staying at the former residence of the king of the historic Bikaner state, Maharaja Ganga Singh, and you’ll be cocooned in gilt, exquisite lacquer work and murals. There’s also cultural entertainment including Rajasthani folk dance and music on offer. If you can tear yourself away, it’s just 2km (just over a mile) from the 16th-century Junagarh Fort in Bikaner, Rajasthan. Several palaces, temples and pavilions plus a museum and themed dinners can be arranged amid the scenic sand dunes, just 10km (6mi) from the village. 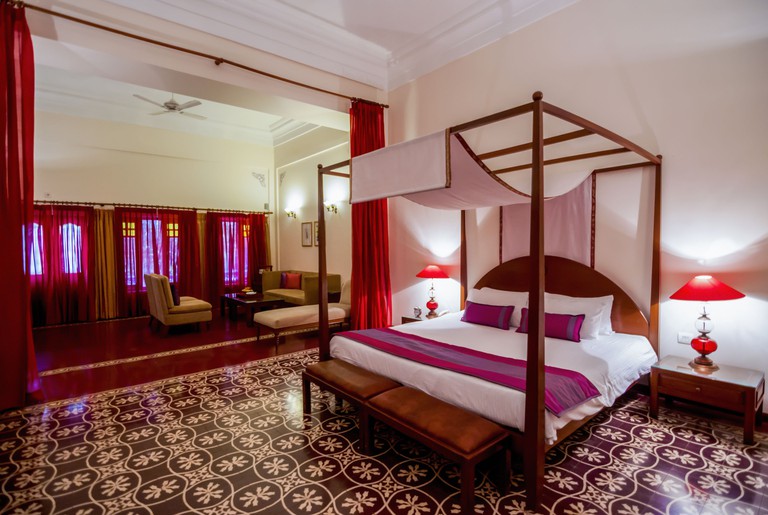 Taj Usha Kiran Palace | Courtesy of Taj Usha Kiran Palace / Expedia
If you love regal grandeur, book the Royal Suites brimming with period furnishings and ornate accessories: such as Venetian mirrors, mother-of-pearl mosaics and canopied beds at this yellow-and-white palace on the outskirts of Gwalior, central India. Deluxe rooms add more space, so you can pretend you live here. Built for the Prince of Wales – later to become King George V – cooling courtyard gardens are home to a perfectly-tiled pool compete with a billiard table and cricket pitch. When you’ve explored all that colonial splendour, you’re only 4km (2.5mi) from a spot of sightseeing at the Saas-Bahu Ka Mandir.
http://instagram.com/p/Bg5z3wcnppb/?taken-by=tajushakiranpalacegwalior 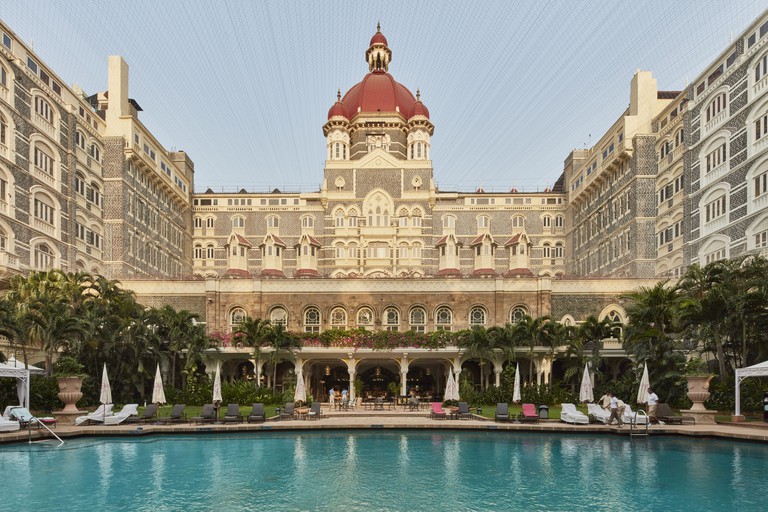 Courtesy of The Taj Mahal Palace / Expedia
With views of the arched Gateway of India and the Arabian Sea – not to mention antiques, silk carpets, crystal chandeliers, paintings and contemporary art – it’s no wonder this famous Mumbai hotel is the favourite of film stars. Taj Club rooms feature rosewood floors and high ceilings. Treat yourself to a poolside breakfast of croissants and lassi cooled by the balmy early morning breeze before exploring the city.

The Oberoi Rajvilas, for manicured neatness 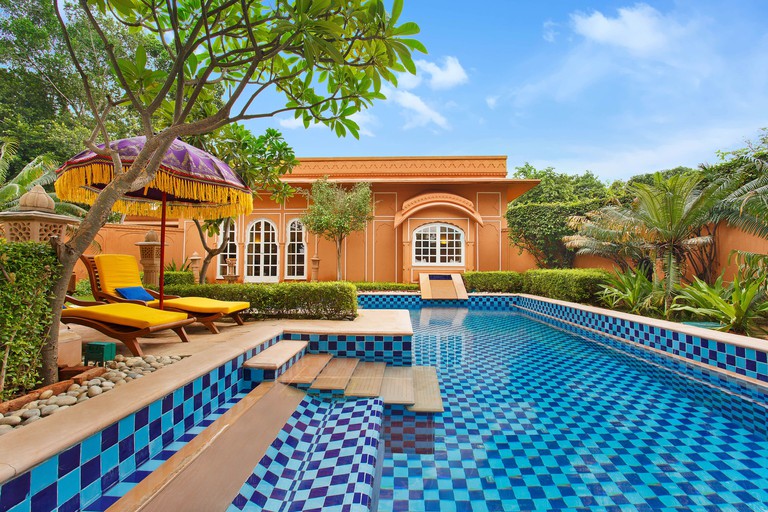 The Oberoi Rajvilas | Courtesy of The Oberoi Rajvilas / Expedia
Just 8km (5mi) from Jaipur, with its bazaars, forts, temples and palaces is this retreat away from the hustle of the walled Pink City, painted pink in 1876 in honour of Queen Victoria’s visit. Hugged by the red stone fort exterior, you’ll feel royal staying in English cottage-style villas dotted around the 32 acres (12ha) of beautifully landscaped gardens, with atmospheric flaming Mashaal torches and reflection pools presided over by haughty peacocks. You can breakfast on anything you like – from poached eggs to spiced local specialities.