The land-locked state of Uttar Pradesh is home to many iconic monuments and historical sights. It is home to the holy city of Varanasi, the city of Agra (where the Taj Mahal resides), and other historic cities: Mathura, Kanpur, Jhansi, Gorakpur, Vrindavan, and Ayodhya, among others — including Fatehpur Sikri, a city in the Agra District, laden with history.
In earlier times, it was known as Vijaypur Sikari of the Sikarwar Rajput, and it was later founded by Emperor Akbar in 1569 and called Fatahabad, and then finally Fatehpur Sikri. For about ten years it served as the short-lived capital of the Mughal Empire, during the later part of the 16th century, after which the capital was moved back to Agra.
The first glimpse of Fatehpuri Sikri’s grandeur and scale come at the Buland Darwaza (Gate of Magnificence), which was built by Akbar in 1601 to mark his victory over Gujarat. The 53.63-meter-high and 35-meter-wide gate is the highest gateway in the world and an example of breathtaking Mughal architecture. Built with marble and sandstone, the Buland Darwaza boasts carved ornamentation, carved verses from the Koran, and towering arches. While walking through the central hall, people stop to admire the proportion of the dome and the gold medallion at the center. The Buland Darwaza still stands tall after 415 long years. 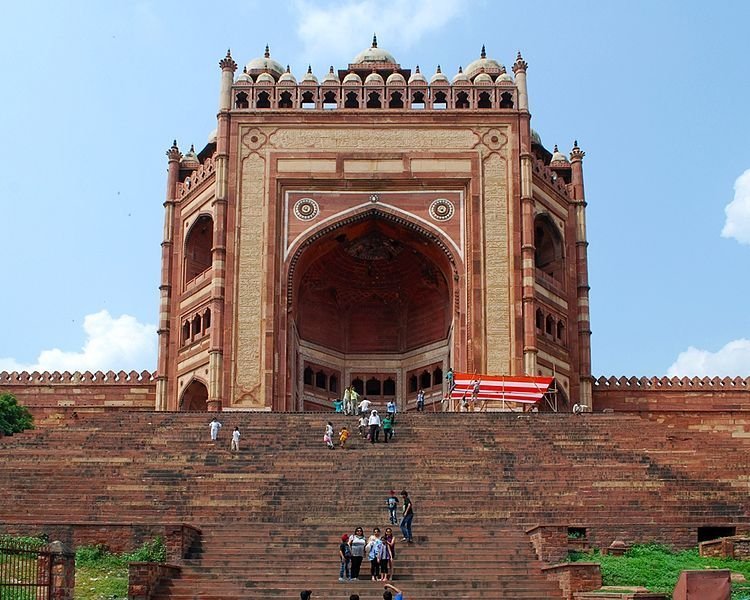 Fatehpur Sikri can easily ‘wow’ travellers from across the world with its monumental grandiosity and long-lasting aura. Visited by Indians and foreigners, this city is a UNESCO World Heritage Site and houses one of India’s largest mosques: Jama Masjid. The mosque was built by Akbar under directions from Salim Chisti. It has some intricate patterns, and showcases Islamic architecture perfectly. The rectangular structure has a central courtyard with cloisters on three sides and a sanctuary on the western side. It also includes a spacious alcove, smaller domes, and a pillared arcade. The entire structure is a commendable blend of pillars, arches, beams, and domes. 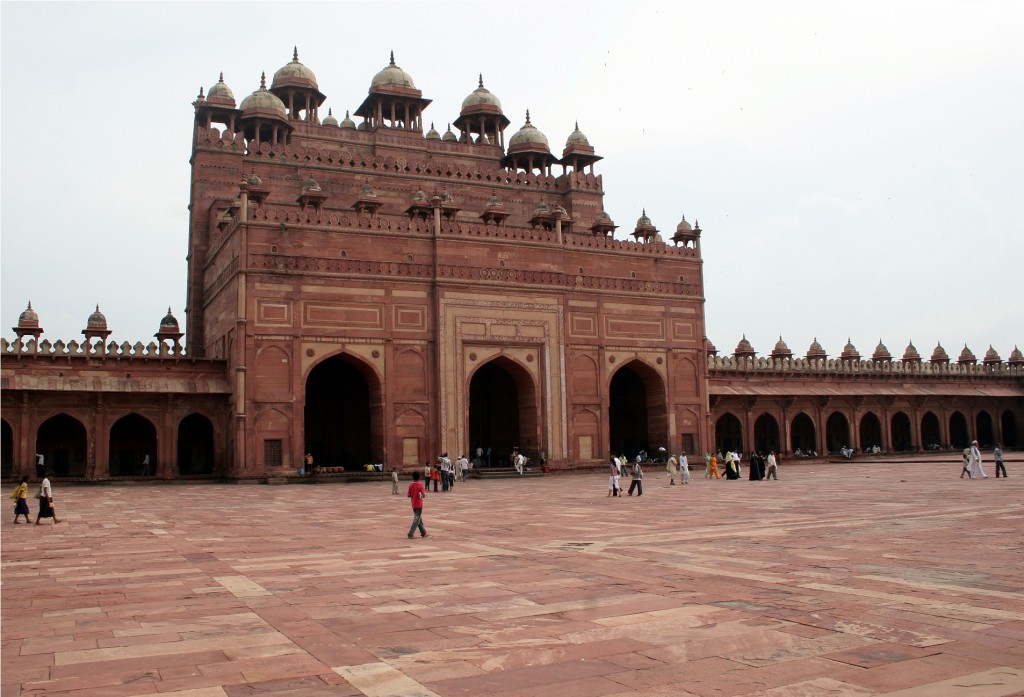 A renowned Sufi saint, Sheikh Salim Chisti was the one who foretold the birth of Akbar’s son, and when his prophesy came true, Akbar named his son Prince Salim. Upon the prophet’s death, Akbar built a mausoleum in his honor. This Tomb of Salim Chisti is one of the finest in Fatehpur and is visited by thousands. 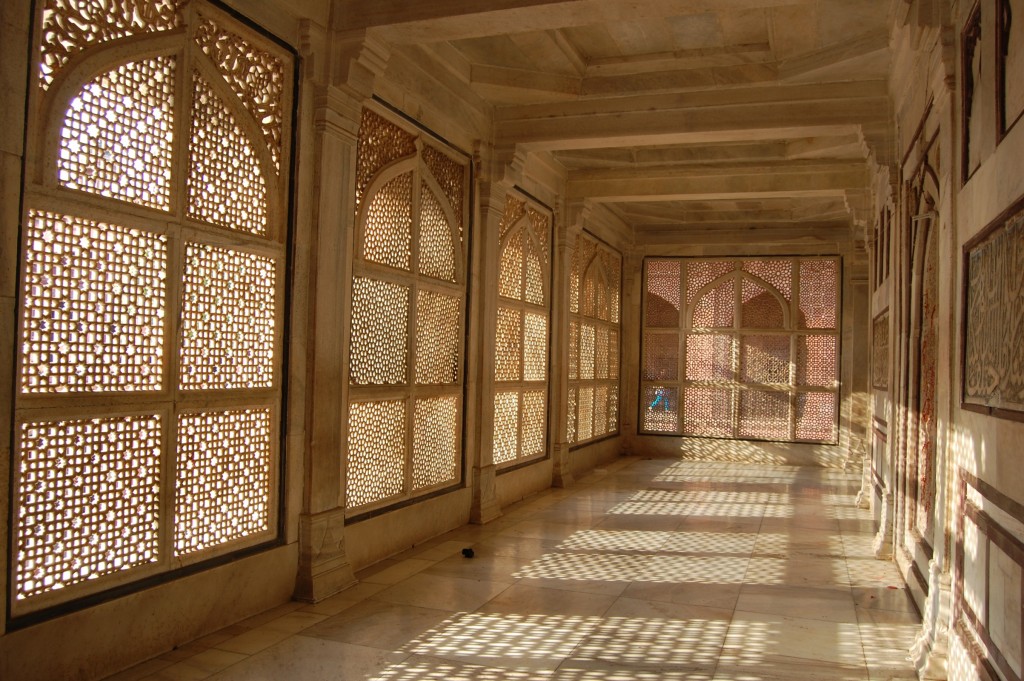 Enclosed on every side by marble screens, the tomb is located in the center of the main hall. Arabic patterns dominate the carvings of the tomb; marble and multi-coloured stones on the floor complement the patterns. 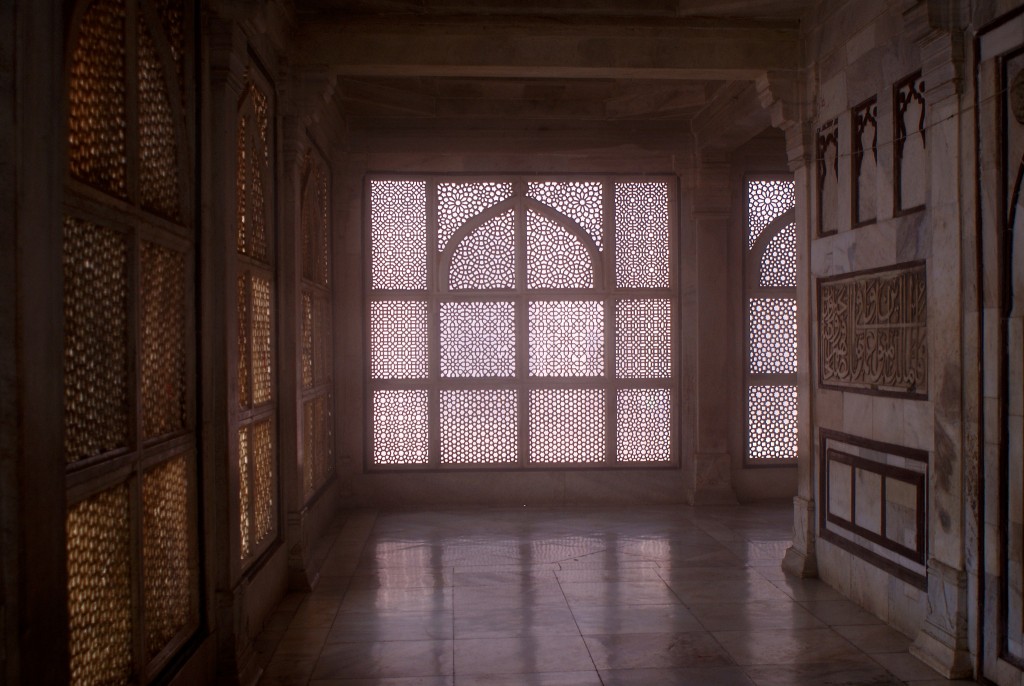 If you’re a fan of art or architecture, techniques and materials of various kinds abound at Fatehpur Sikri. There’s hardly a wall or a pillar that is not covered in engraving and inscriptions, and each structure varies from the other even in these commonalities.​​ 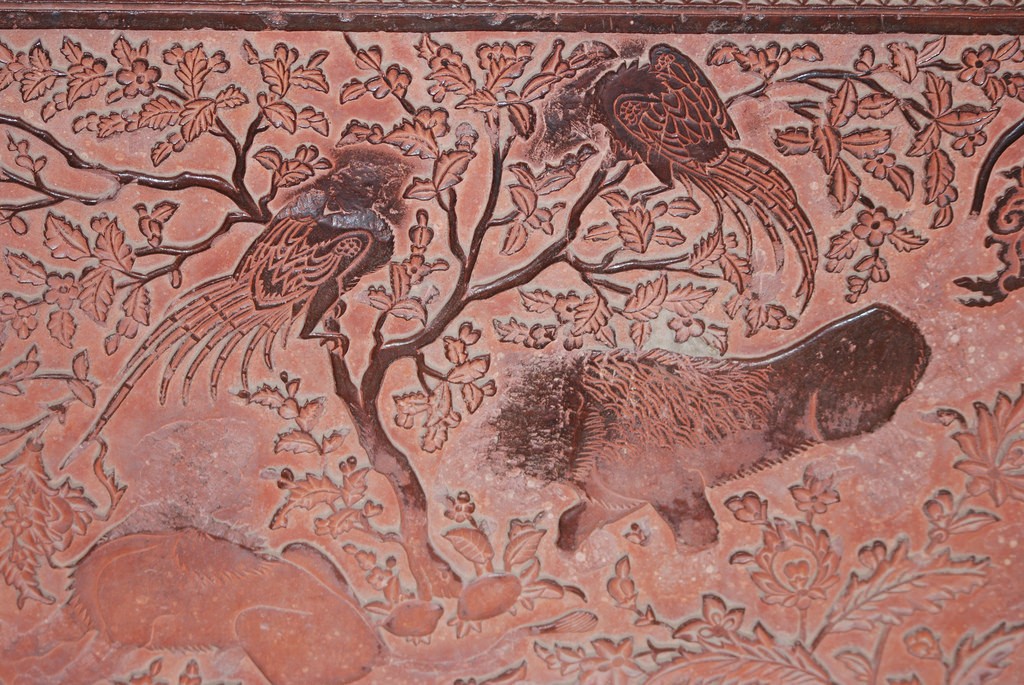 There are multiple sites to see, such as the King’s Gate, the many gardens and ponds, and the numerous towers that offer vantage points of the city below. 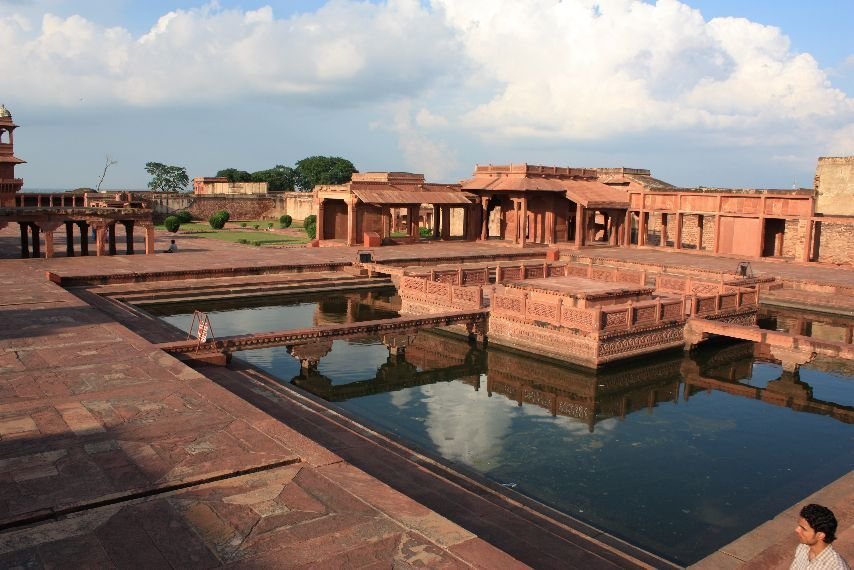 Anup Talao, which used to be a site for musical competitions and reverie | © RebexArt/Wikicommons

The Diwan-i-khas​ is yet another prominent structure which boasts great Mughal architecture. Also built by Emperor Akbar, this hall for a private audience has a magnificently carved stone column and 36 intricately carved brackets that come together to form a platform, on which Akbar held salons with scholars and priests. The Diwan-i-khas is a must-visit for every traveller visiting Fatehpur Sikri. 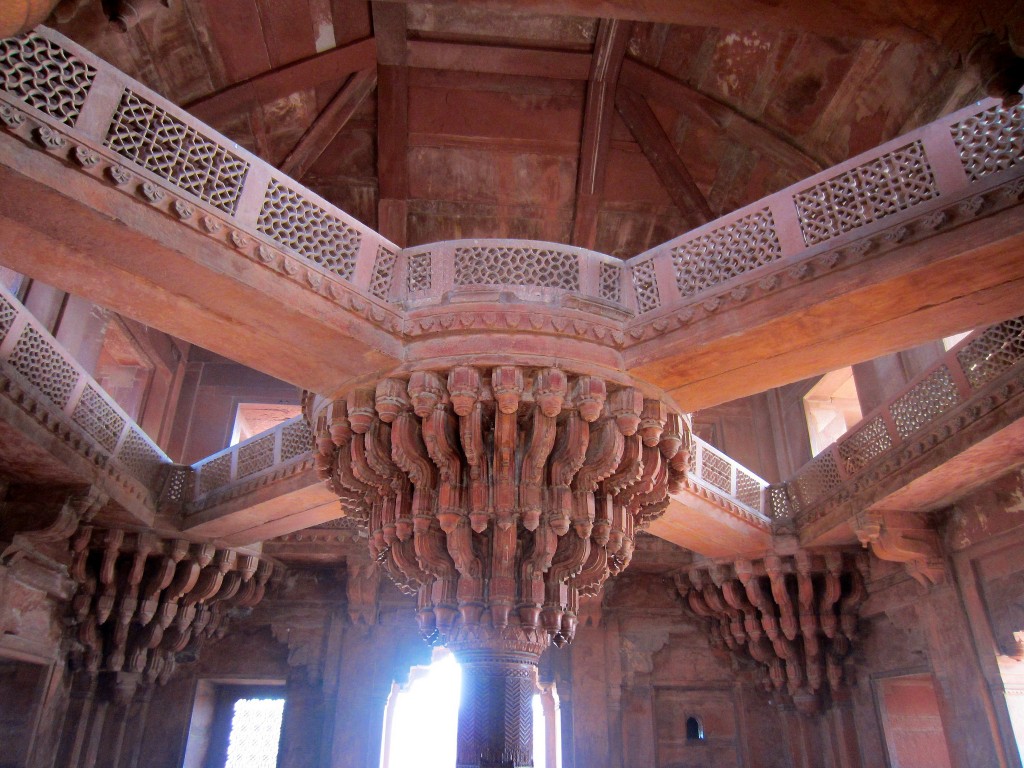 A walk through Fatehpur Sikri is sure to ​transport you back into the history of Emperor Akbar’s ​glory days, if you have a vivid imagination. Be sure to take in as much as you can during your visit.