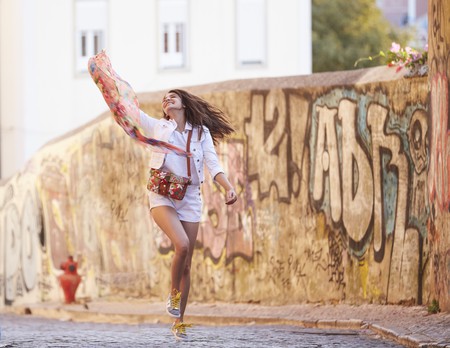 When your debut Bollywood performance is opposite the international superstar Shah Rukh Khan, you may just wonder how much greater your career can be. Not Anushka Sharma though. The award winning actress has had a string of blockbuster hits and has worked with the biggest stars since her debut in 2008.

Culture Trip caught up with Sharma to chat about her latest film Jab Harry Met Sejal, working with Shah Rukh Khan for the third time and where she’d like to relax away from films… 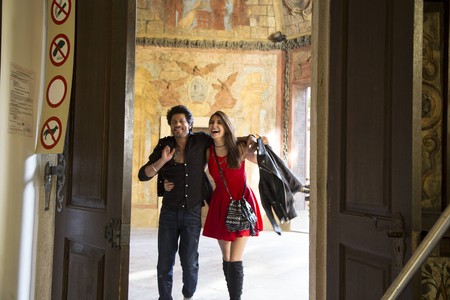 Culture Trip [CT]: Jab Harry Met Sejal’s your latest film, what can you tell us about the story?

Anushka Sharma [AS]: Sejal is someone who’s lost her engagement ring and she’s trying to find it with the help of a tour guide called Harry. She travels to lots of places in Europe with her family and Harry and has to go back to there to find the ring. In the process of doing that, they discover each other better and certain things happen between them that you’ll need to see for yourself.

CT: Is the film inspired by When Harry Met Sally or is it just a play on the title?

AS: Its not inspired by it but I can understand why people would think that. I think once the film releases, I feel like all these things will be put to rest. I think the comparison is inevitable, but when you watch the film you’ll see that it’s got it’s own story and has no similarities to When Harry Met Sally.

You might also like: Why When Harry Met Sally is the perfect film for every New Year’s Eve

CT: Sejal is from Gujurat, so how did you prepare to take on her character? Was it difficult getting the accent to sound authentic?

AS: I had a diction coach to help me with it and the director, Imtiaz Ali, was involved. I would request the coach to read out the lines to me and I would record her, and I would keep listening back to it when I was travelling so I could get used to how it sounded. I think when you keep repeating something to yourself and keep speaking the lines that way, it gets in to your system to the stage that if you have to ad lib on set, it comes naturally. The prospect of learning something like this from the beginning is something you need to be really focused on. I didn’t want it to sound incorrect or like a caricature.

CT: How close do you think Sejal is to you as a character?

AS: Not very close at all! Sejal is very innocent and clean hearted. She doesn’t have that much experience in life, she’s always lived life on the surface. There’s a bit of superficiality in the way she deals with things. She’s very street smart, but doesn’t necessarily have depth as a person. I think she discovers herself and matures in the process of knowing Harry and going on this journey independently on her own.

CT: It’s your third time working with Shah Rukh Khan after Rab Ne Badi Jodi and Jab Tak Hai Jaan… what can you tell us about working with him? Do you find it challenging or has it become easier over time?

AS: I think with experience you obviously start to become more confident. When you work with someone like Shah Rukh Khan, and having known him for a few years now, the comfort level improves and I think that’s a big help. In general, I really just admire him as a person and an actor. I’m very grateful to him for showing me the kind of support he did on the set of my very first film Rab Ne Bana Di Jodi and for being there and just helping me out. As a newcomer, I didn’t know much about how movies work or how one has to be on set and how you approach certain things.

CT: There have been some great songs out every few weeks in the run up to the film, including Radha, Safar, Butterfly and Beech Beech Mein. Which was your favourite song to shoot?

AS: I actually really enjoyed shooting all of the songs, but I’d say Radha was a lot of fun. We shot the song in Prague and we had a great time doing it. Vaibhavi Merchant was choreographing it and we just a fun time on that one.

CT: You mention Prague, but you also travelled to a lot of other great European cities to film too, including Amsterdam, Vienna, Lisbon and Budapest. How did you find that? What was your favourite place to shoot in?

AS: It was an amazing experience and the places that we went to were beautiful. All these places make the film look picturesque and scenic. I hadn’t been to some of these places before and I’m happy that I travelled to them, especially Lisbon—I really enjoyed myself there.

CT: Away from shooting, where do you like to travel outside of India when you like to relax?

AS: I really love nature and I’m not a big city person. I get really bored in a city after a few days. I’d love to go to New Zealand and discover that part of the world. Some places in South America would be great to visit too.

CT: Perhaps you can request those locations in your next films…

AS: (Laughs) Well it’s very different when you travel to shoot a film as opposed to when you’re completely free and have the time to explore. You can’t do that much when you’re on a film shoot because you’re just too busy.

CT: Yes and you’re one of the busiest stars around. What other projects do you have coming up? We’ve seen pictures of the film Pari that look quite frightening, can you tell us more about that?

AS: I don’t want to disclose too much about the film because that’s the way we want to keep it. I’m very happy with the interest that the photos have garnered. We left a lot of clues there to let people guess what the story could be about. Apart from that, it’s just Jab Harry Met Sejal, Jab Harry Met Sejal!