An Introduction To Sneha Khanwalkar In 10 Songs 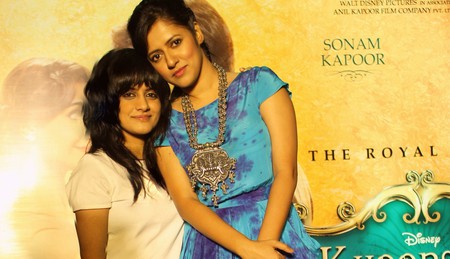 Sneha Khanwalkar is known for bringing out the hidden tunes and musical treasures of various places, creating songs that are creative, contemporary, and rightly depict the musical soul of the space. Born and brought up in Indore, Khanwalker was taught music as a child, as her mother’s family belonged to the Gwalior gharana of Hindustani classical music. She moved to Mumbai to pursue engineering but found her true passion towards composing music for films. Here are 10 of her best songs.

She travelled to Raagini Music Festival in Haryana for the creatively layered folk song ‘Tu Raja Ki Raj Dulari’ and then to Punjab, in search of Des Raj Lachkani, with whom she recorded ‘Jugni’, keeping the folk accent intact.

In 2010, she visited Rajasthan for folk song ‘I Can’t Hold It’ for the movie Love, Sex Aur Dhokha (LSD). She won the R. D. Burman Music Award for New Music Talent for this movie. Sneha is greatly inspired by AR Rahman. His compositions ‘Humma Humma’ and ‘Kehna Hi Kya’ opened her ears to his style of music and the memory of these songs continue to influence her.

In 2012, she worked hard on bringing authenticity to the songs she composed for Gangs of Wasseypur Part 1 & 2. She brought to life ‘O Womaniya’, a song where folk meets contemporary. The use of traditional instruments along with raw juxtaposing voices and thoughtful lyrics made the song an instant hit.

The opening soundtrack of Gangs of Wasseypur is ‘Jiya Tu’, a fast paced, catchy song with ethnic flavour reflecting the theme of the film and powerfully sung by Manoj Tiwari in Bhojpuri style.Fpr this, she was nominated for the Best Music Director category at the 58th Filmfare Awards for Gangs of Wasseypur.

For the second part of the film, Sneha chose Padamshree Sharda Sinha for ‘Taar Bijli’, a small town sangeet song with political overtones and colloquial lyrics, performed with dholak beats and harmonium. Also worth listening to is ‘Dil Chi Cha Ledar’, a pacey track with desi beats and funky lyrics sung by 12-year old Durga, which catches the essence of the Up-Bihar.

Sneha lends her voice to tracks ‘Keh Ke Lunga’,’ Tain Tain To To’, ‘Kaala Rey’ and ‘Moora’ in this album. ‘Kaala Rey’ is a theme-based track creating a melancholic atmosphere. Sneha is Hindi cinema’s fourth ever woman composer along with Jaddanbai, Saraswati Devi and Usha Khanna.

In 2014, she experimented with Rajasthani folk song ‘Engine Ki Sitti’, visiting Jaipur to work with senior singer Ikram Rajasthani and convince him to change original ‘Man dole’ lyrics to the teasing version ‘Bum dole’. The soulful track ‘Preet’ written by Amitabh Verma and performed by Jasleen Royal is a centuries old Meerabai poem which depicts longing.

For the film, Detective Byomkesh Bakshy (2015), Sneha composed an eclectic, high tempo rap song ‘Bach Ke Bakshy’. She is one of numerous composers who are trying to break the mould, without compromising on creativity.

She also hosted a music-based MTV mini-series called Sound Trippin’, which scripted her journey across the country in 10 episodes; capturing the unique local sounds, unheard local musicians and engaging with them to create authentic soundscapes.