An Introduction to India’s Drinking Culture 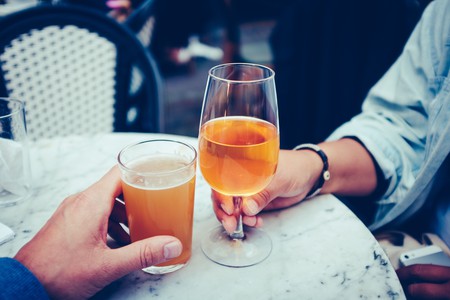 There are several alcoholic drinks that have prevailed since ancient times in India. The earliest mention of alcohol is found in records made about the Harappan civilization in 3,000 B.C. Interestingly, alcohol says as much about Indian culture and customs as Indian costumes, food, or rituals. Here’s an introduction to the drinking culture in different parts of India.

Rice beer made by tribes in Assam

The indigenous tribes of Assam in Northeast India sure know how to keep their spirits high. People of Mising and Adi tribes have been making a rice beer called Apong for centuries. It is sort of the party alcohol for these tribes and batches of Apong are especially made during annual festivals, weddings, and any happy occasion. The rice beer is made of almost 30 different kinds of tree leaves, creepers, and grass. Ashes of banana leaf and bamboo are also used in the process along with rice.

A drink of rice and herbs in Jharkhand

Handia is a popular alcoholic drink in Jharkhand, Bihar, Orissa, and parts of Bengal. The alcohol liquor is made of boiled rice and herbal tablets that are left to ferment for a week or so. Handia is considered auspicious by the tribes and it has been part of their culture and customs since ancient times. The drink is even offered to their local Gods and consumed during celebrations and festivities.

A drink made of cereals in Himachal Pradesh

Lugdi is an alcoholic drink traditionally prepared from cooked cereal grains. The cereals are left in mesophilic conditions for fermentation and then consumed without any distillation. Lugdi is usually made in Himachal Pradesh during summers, as the climate helps the fermentation process. The drink is saved for winters, since it helps to keep the body warm. Lugdi is also consumed during celebratory occasions like religious festivals or weddings.

A drink made from a flower in Madhya Pradesh

The different kinds of alcohol brewed give an interesting history lesson about the cultural heritage of India. While many drinks and their recipes went undocumented, Mahua was passed on through generations. The drink is named after the flower it’s made from that grows on Mahua lingofolia, a tropical Indian tree. Mahua is especially popular among tribes in Maharashtra, Madhya Pradesh, Orissa, and Chhattisgarh. 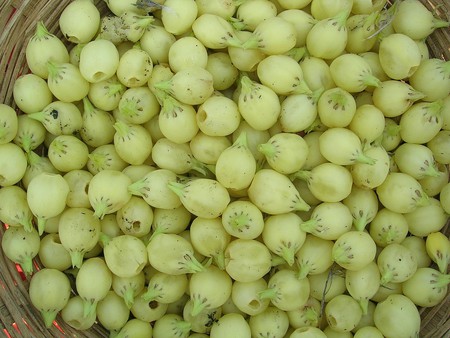 A drink made with saffron in Rajasthan

Kesar Kasturi has a royal lineage. As the name suggests, kesar (saffron) is the most crucial ingredient in this alcoholic drink. Along with it, there are more than 20 items mixed in the rare spirit. Since saffron is expensive there are only a few families in Rajasthan that produce Kesar Kasturi. This sweet alcohol had its fifteen seconds of fame when Roger Moore, the American actor, mentioned that he loved the drink when he had it while shooting in Rajasthan.

A drink made from grapevines in Ladakh

Arak is a Ladakhi distilled alcoholic drink made from mature grapevines that originally came to the Northern part of India from Persia. It is a colorless, unsweetened, anise-flavored drink and is not very widely produced. The leaves are left to ferment for three weeks, after which they are distilled and mixed with aniseed. To taste Arak, a traveler should talk to locals, who could point to the right place to get some of the drink. 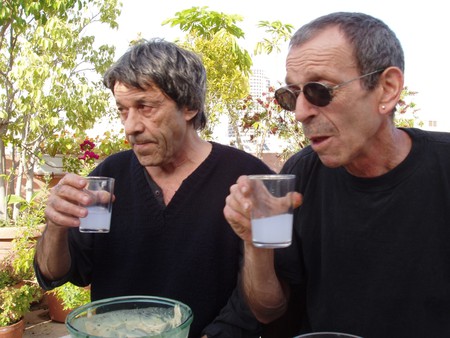 A drink straight from a tree in Kerala

Thaati Kallu is a palm wine beverage and is mostly found in the southern states of India due to the abundance of palm and coconut trees. The drink is basically the sap collected from palm tree stems. It is sweet at first, but then gets sour and, eventually, bitter. Local tribes usually have Thaati Kallu fresh from the trees right after extracting the sap. They pour the wine on leaves and pour it down their throat. Thaati Kallu is highly intoxicating. 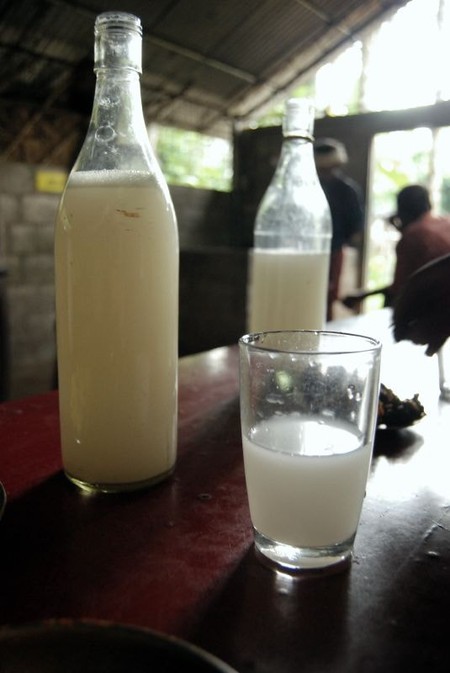 A drink from the palm trees in Andhra Pradesh

Toddy is another palm wine beverage but much milder. Toddy is also the extracted sap from palmyra trees that is left to ferment. Within a couple of hours, the extract turns into a mild, sweet drink with about 4% alcohol. Toddy is usually sold in toddy shops in South India and it’s a tradition to end a hard-labored day with some toddy. 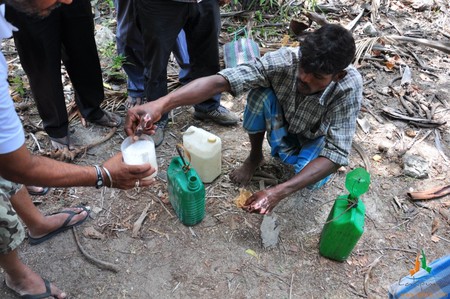 A drink made from cashew apples in Goa

Feni is a wine spirit exclusively made in Goa. The double-distilled alcoholic drink is made from ripened cashew apples and the product has about 40% alcohol content. It is classified as “country liquor,” and thus only sold in Goa, where it is produced. Feni has gained popularity with Goa tourism over the years. 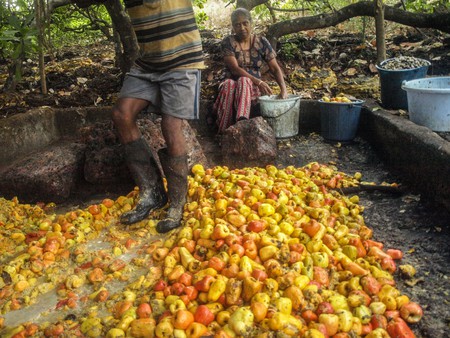 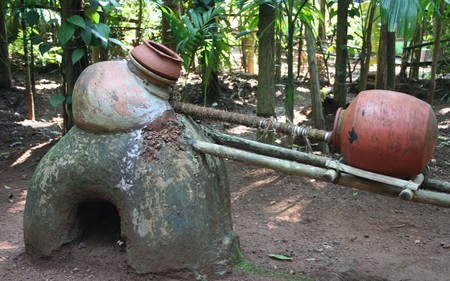 A popular drink among villages in India

Desi daru is probably the most popular indigenous alcoholic drink available in India. It is made from the byproduct of sugarcane, called molasses. Apart from the locally produced wine and alcoholic drinks by tribes, desi daru is the mainstay for a major rural population in India. 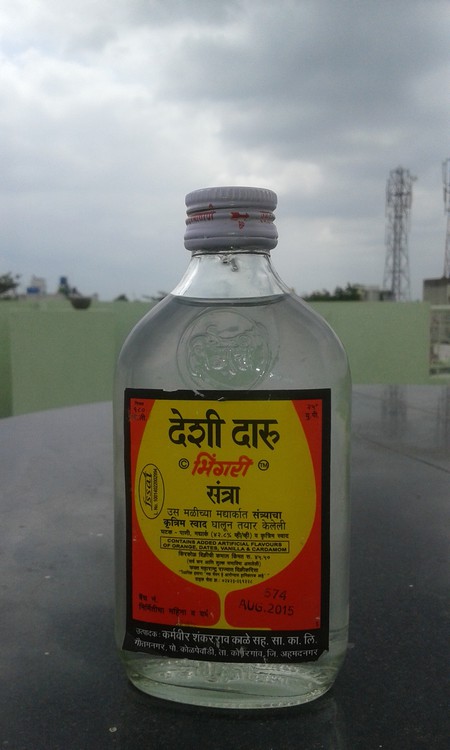 A local spirit in Meghalaya

Kiad um is another rice based alcoholic drink that tastes sweet. Due to its medicinal properties, the alcohol liquor is considered to be a powerful magical potent. The elders in Meghalaya drink Kiad um during naming ceremonies and babies are feed few drops too. This ritual comes out of the belief that, by doing so, the infant will grow strong and healthy. A concentrated version of it (with 70% alcohol content) is sold illegally since the government banned it.