Alwar Balasubramaniam | On Matter, Perception and the Self 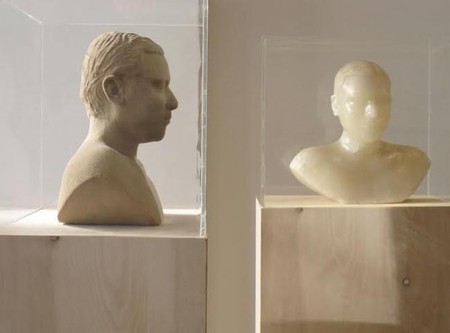 Balasubramaniam – or Bala for short – is a sculptor, born in Tamil Nadu, India, in 1971. Having studied fine arts in Chennai, he continued his studies in Europe, namely printmaking in Edinburgh and further specialised study in Vienna. His extensive travelling may have had an influence on his creative style, as his works are strikingly dissimilar to those of his artistic Indian contemporaries. Indeed, his pieces are exceptionally minimalistic and do not seem to derive from or gesture towards any singular cultural background.

The concepts that inspire his work bring his predilection for deep metaphysical questioning to the fore. In an interview with First City, Bala is quoted as saying: ‘I remember, in my first show in New York they asked, ‘where is the Indian-ness in your work?’ Now, the same people, after having watched the body of my work, say, ‘there is too much of Indian philosophy in your work.’ They’re looking for a superficial skin-level Indian-ness, which I’m not about’.

In his TED talk, Bala gives his audience an opportunity to understand his processes and creations by explaining his fascination with the origin and traces of things. He understands the self as being made up of our past experiences and according to him, only traces of the past are left. Whether we can perceive them or not, things leave behind traces of their presence on the world and in our consciousness. Capturing traces became an important aspect of Bala’s sculptures and he continued to fine-tune his ideas to include notions of the invisible as well as ideas of disappearance and reappearance. 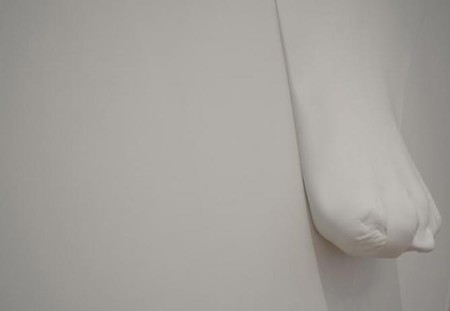 Through these themes, Bala puts our perception of the world into question. According to his understanding of natural law, we are constantly surrounded and affected by important forces and waves that allow us to function – such as light, gravity and air – but we cannot directly perceive them as tangible objects. Bala attempts to solidify this aspect of our perception by sculpting concepts and forces that we cannot see. He says that the ‘intention is to create the moment in which one becomes aware of that which exists but that we fail to see’. 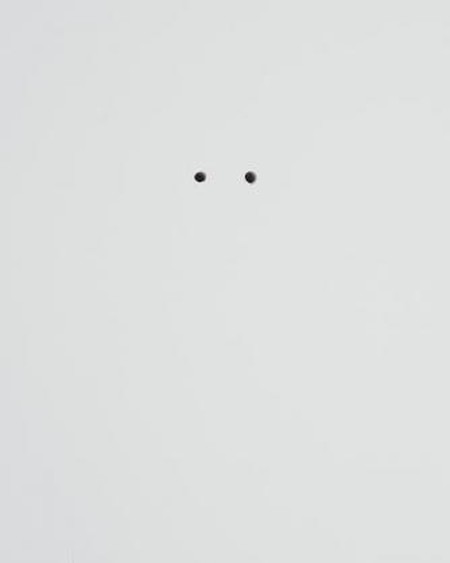 Much like the writings of philosophers, Bala’s pieces require studied effort in order to be properly understood. His sculpture ‘Breath’ is a perfect example of the minimalist way in which he conveys complex ideas. The piece consists of two small holes drilled a few centimetres apart in a white wall. Whilst superficially simplistic, the skill of the artist is not intended to be demonstrated through the making of the sculpture itself, but through the raising of a question. The wall with the two holes stands in front of another wall, leaving a space of air in between. What the spectator sees are just the two holes, demarcating where air is being circulated in and out of the space between the two walls. In so doing, Bala conjures a way to almost tangibly see air circulation.

The question of whether we can perceive reality and how limited we are in our perception runs throughout Bala’s works in various ways. Besides showing us elements of life that usually pass us by, Bala also plays with the idea of appearance and disappearance and how our judgements are relative to the context in which we make them. His self-portrait, made out of solidified air freshener, slowly evaporates and disappears into the air that we inhale and exhale. In ‘Emerging Angel’, Bala uses the same air freshener substance to create another dynamic piece. As the title suggests, after some time the substance evaporates and a sculpture of an angel appears out of an otherwise smooth ball. What was there the entire time, but unseen, is revealed in this piece.

Bala’s works seems to break away from any mystical view of the world, preferring to portray physical spirituality. Bala works with physical and material elements in a scientific sense, manipulating uncontainable forces. He points to the physical properties of air and gravity and makes them present to the spectator. In so doing, he also highlights the limitations of our perception and demands a leap of faith from the viewer.

As he deals directly with the relationship between humans and the world in which we live, the process of coming to terms with Bala’s pieces may well be part of the artwork itself. That his works are abstract and don’t immediately appeal to traditional senses is evident, Bala relying instead on tapping into an intellectual ability to fully comprehend an artwork without seeing the subject directly. Bala’s artistic endeavours are not solely limited to sculpture therefore, but require an element of performance and considerable participation from the viewer.