Dabbawalas: All you need to know 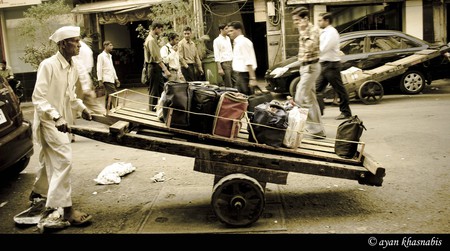 If the local trains are Mumbai’s lifeline, this army of fantastic people ferrying food from one end of the city to another deserve the same status. Come rain or shine, these men soldier on and make sure Mumbai eats on time. Here’s a look at the fantastic system of the Mumbai dabbawalas.

The true genius of the dabbawala system lies not in the quantity of tiffins delivered but the quality in which they are – the method in which the deliveries are organized and co-ordinated. For the last 126 years, the dabbawalas of Mumbai have perfected a delivery system that has been the subject of many academic studies.

But, before delving into the logistics, let’s trace back the origins of this fascinating model and how it came to exist in the first place. It all started in the year 1890 when a Parsi gentleman employed at a bank recruited a man from one of the villages near Pune to deliver a lunchbox from his home to office every day. Word spread and more men from nearby villages were employed. In the same year, Mahadeo Bhavaji Bachche began a tiffin delivery service with a team of 100 men. This was the beginning of the dabbawala system as it is known today. 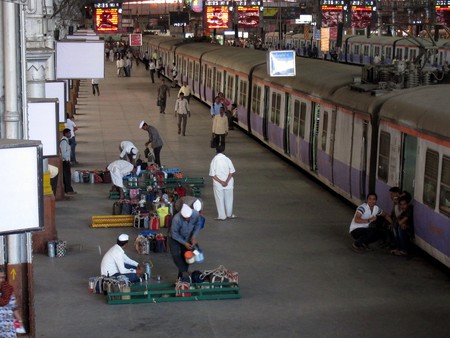 Dabbawalas in a train station | © travelwayoflife/Flickr

Logistics of the Lunchbox System

Over the years, their numbers have grown to the current figure of 5,000 dabbawalas. They are a part of an organized co-operative that ensures job security. Most of the dabbawalas belong to the Varkari sect of Maharashtra, and the community is known to be a close-knit one, with the next generation often taking over from their fathers and continuing the chain, becoming dabbawalas themselves.

Finally, a look at the famed delivery system that has awed business consultants all over the world. How has an army of semi-literate dabbawalas managed to execute a delivery system that officially adheres to Six Sigma standards, defined as ‘3.4 defective parts (errors) per million opportunities’ according to a Harvard Business Review study entitled ‘On-Time Delivery, Every Time’? With an estimated 80 million deliveries in a year, this means an error in 300-400 cases. Truly astonishing! 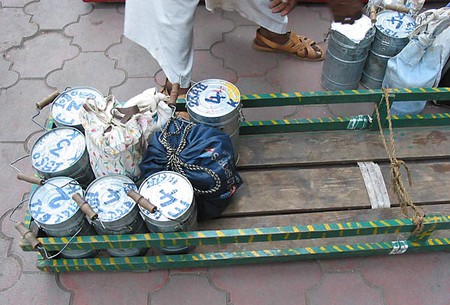 Since the dabbawalas are not completely literate, the system relies on signs, symbols and colors for organization. The codes and symbols are for various reasons: abbreviation for the collection point of a tiffin; color code for starting stations (since a lot of distance is covered by the tiffin in wooden crates in Mumbai locales); a number for the destination station; and markings for the handling dabbawala for the building, floor and destination.

Interestingly, each dabbawala is paid the same salary, irrespective of his role – Rs 8,000 a month. Known for their dependable service (they are always on time with their deliveries) and dependency (the first time the Mumbai dabbawalas were on strike was to support Anna Hazare’s anti-corruption strike in 2011), the Mumbai dabbawalas are every bit inspirational. In the age of food-tech startups who continue to challenge their traditional methods, they persevere and have proven to be the most efficient and cost-effective food delivery system by quite a bit.

For an insider’s perspective, here’s Dr. Pawan Agrawal and his now-famous TED talk on the Mumbai dabbawalas: