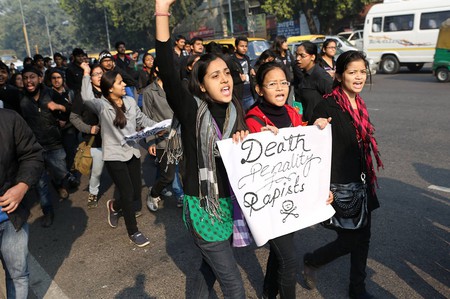 Five years since the horrific gang rape of a student, Delhi police is set to deploy 600 motorcycle-borne policewomen on the streets of the capital. Up to October 31 this year, there has been around 3,000 cases of molestations reported in Delhi.

The new female-led patrolling squad called Raftaar (speed), has been called into action with the chief aim of reducing crime against women in the capital, especially in crowded spaces and narrow lanes where police vans cannot pass through but it’s easier for motorcycles to do so. The squad will be stationed at universities and other such sensitive areas. 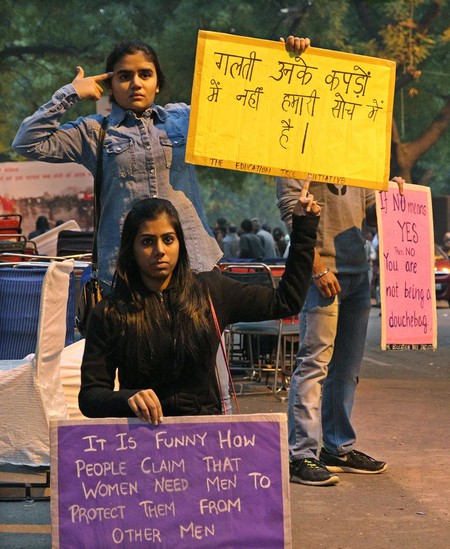 Mandatory Credit: Photo by Str/Epa/REX/Shutterstock (7953170a) Indian Activists Perform a Street Play to Protest Over Crime Against Women on the 2nd Anniversary of 16 December Gang Rape Case in New Delhi India 16 December 2014 Two Years After the Fatal Gang Rape of a 23-year-old Woman in the Indian Capital a Series of Events Marked the Event While the Victim's Father Said Little Had Changed and Women Remained at Risk a News Reports Said India New Delhi India Crime Against Women Protest - Dec 2014

The motorcycles will be modified to feature hi-tech equipment including GPS, LED flashers, baton holders and storage boxes. The riders, on the other hand, will be provided with weapons such as body cameras, helmet bullhorns, pepper sprays and taser guns along with regular firearms.

The members of the squad are said to be in training right now, ready to hit the ground running by the end of 2017. At present only about 10% of the total Delhi police force is made up of women.

Despite judicial reforms following powerful protests after the 2012 Delhi rape, women in India who report sexual crimes often find themselves hitting a brick wall. A disturbing report by Human Rights Watch found that many survivors of rape and other sexual violence continue to be harassed and forced into silence by the police and society.

The new initiative, Raftaar, hopes to improve the dismal situation and make Delhi, notoriously known as the “rape capital” of India, much safer for women.