Ajanta Caves: A Journey Through Time 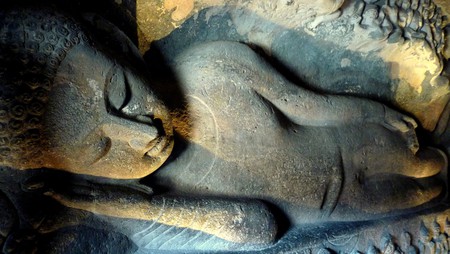 Carved out of rock in the mountains of Western India, the Ajanta Caves are a cultural masterpiece from Ancient India. This UNESCO World Heritage Site is a collection of paintings, sculptures and temples of Buddhist art, constructed from 200 B.C to 500 A.D. The Ajanta Caves are just one in a series of mountain caves spread across Western India, the others being Ellora, Bhaja and Karla. The Ajanta Cave complex forms the largest surviving collection of Indian wall paintings and sculptures from India’s history.

Located 105km from Aurangabad, the Ajanta Caves lie in the Marathawada region of Maharashta, a West Indian State. As seen in the above photograph, these caves lie along the gorge of a minor river Waghur in a horseshoe shape. The Ajanta Caves were carved during two distinct periods, the first from 200 B.C to 100 A.D and the second from around the fifth century A.D. The caves were abandoned by their patrons after each phase of construction. 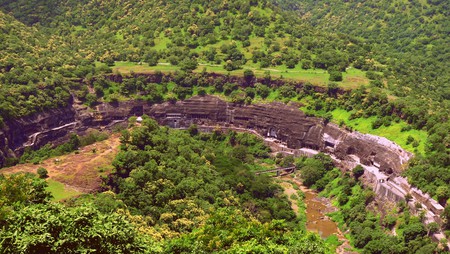 Caves 9, 10 , 12 , 13 and 15 are believed to be from the Satavahana period (the first period) and are influenced by Hinayana Buddhism. They were probably constructed under the patronage of the Satavahana dynasty. Caves 9 and 10 are Chaitya-grihas (a Buddhist shrine or prayer hall with a Stupa at one end), while caves 12, 13 and 15 are Viharas (halls of prayer and living). 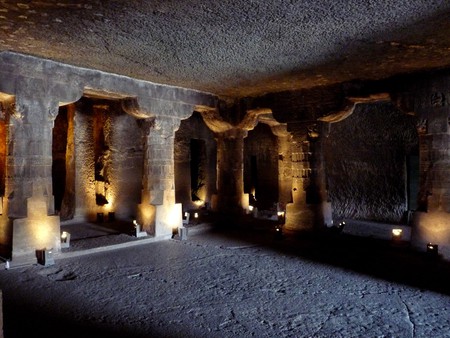 A Chaitya from early Ajanta Caves

In the earlier period of Buddhism known as Hinayana Buddhism, spanning from Buddha’s lifetime to roughly 200 A.D, Buddha was venerated in the form of a Stupa in halls called Chaityas, as seen in caves 9 and 10. The Stupas without a Buddha mark these caves as distinctly different from the caves from the following period. Some mural paintings from the first period have survived, showing us the unique characteristics of Indian paintings from those times.From the first century A.D. on, these caves were largely abandoned for centuries due to reasons unknown to historians as of now. 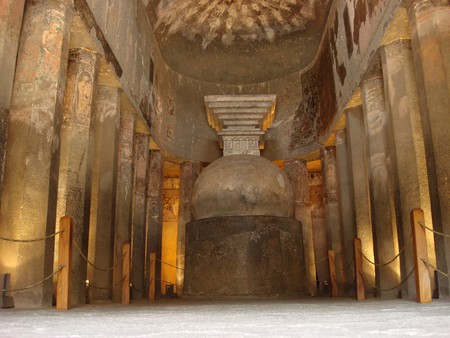 It was in the fifth century during the Vakataka dynasty that the second phase of cave carving began. This phase was dominated by Mahayana Buddhism (though there is some disagreement over this interpretation) with some possible Hindu influences. Around 20 – 25 caves were carved simultaneously in the fifth century. According to current consensus, the caves were abandoned from the sixth century as the Vakataka dynasty fell shortly after the construction of these caves. 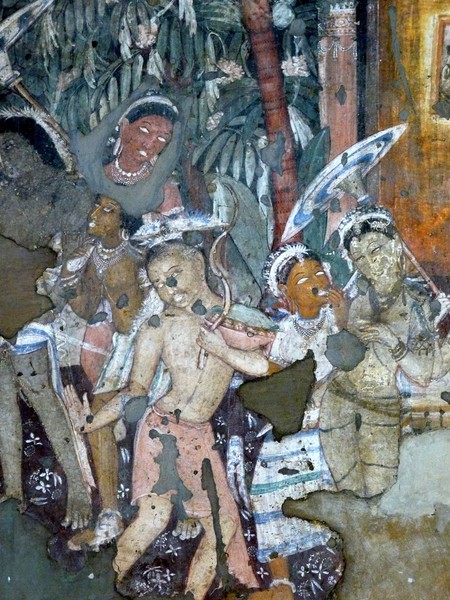 By and large, these caves during both periods were used by Buddhist monks as centers of learning, meditation and residence. It is believed that the monks stayed at these caves during the monsoon rains, as they were forbidden to travel during that time of the year, using the time available to create the many wonderful paintings and sculptures in the caves. 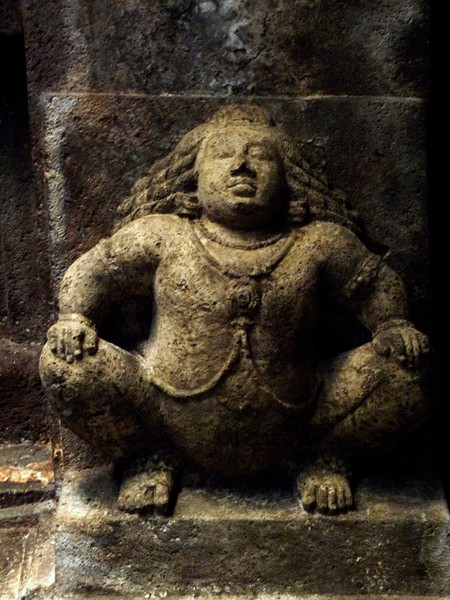 A lucky chance in 1819 led John Smith – a British officer on a tiger hunt – to discover the Ajanta Caves. The beauty and exceptional singularity of the caves didn’t take long to draw the attention of the British and the Nizam of Hyderabad. Owing to the dense forests that surrounded the caves in the 19th century and the reputedly fearsome Bhil people who inhabited these forests, a trip to Ajanta was considered an adventure by the Victorian elite 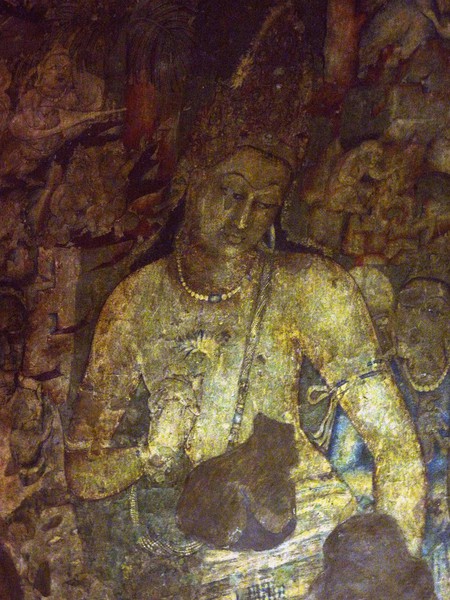 The Ajanta Caves have been an UNESCO World Heritage Site since 1983 and are rightly considered one of the most valuable heritage sites of Ancient India. Many of the original paintings have been recreated for visitors to get a better visual idea. Along with the nearby Ellora Caves, these caves attract huge throngs of domestic and foreign tourists annually. Hopefully the increasing awareness among tourists and the energetic management of the site will ensure that his heritage is well preserved in the years to come. 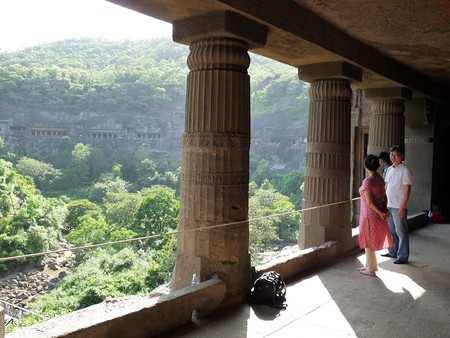 Tourists at Ajanta. The horseshoe structure of caves clearly visible
Give us feedback