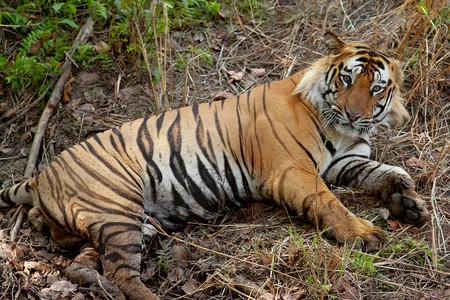 Indian Railways is known to connect the hardest of terrains with each other. The latest feather in the department’s cap is a semi-luxury tourist train called the Tiger Express. Being one of the favorite places for tiger sightings among enthusiasts, India receives many tourists at national parks, especially Bandhavgarh and Kanha, both of which are in the state of Madhya Pradesh, situated in the heart of the country.

The train made its first tour on June 5, 2016, with destinations being Bandhavgarh, Kanha, and Jabalpur. The train has only two types of coaches: 1AC and 2AC. 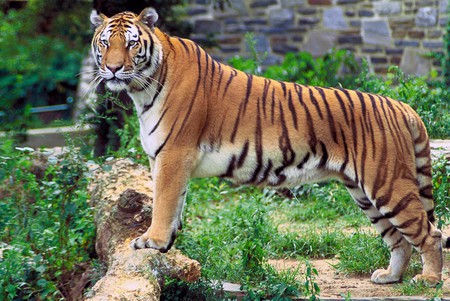 Being named the Tiger Express for obvious reasons – it takes you to tiger-spotting destinations – the train services began on World Environment Day, 2016. While Indian Railways has had trains traveling to the desert, Buddhist circuit and across difficult terrain, this is the first of its kind. The cost of the ticket covers two tiger safaris – one at Kanha National Park and the other at Bandhavgarh National Park – accommodation in three-star hotels, local AC transport, and food. There are no hidden charges. The train starts from Delhi Safdarjung Railway Station.

The tour is five days and six nights. Of the five nights, three will be spent in three-star luxury hotels and the other two in the train while traveling. The entire tour will be arranged by IRCTC, and tour guides will also be provided.

The train has a separate dining coach, so time spent in the train will be a luxurious experience. Previously, such a luxury was available only in the Maharaja Express in which the fares were much higher. However, this is the first time in India that a semi-luxurious train has a separate dining coach. Foreign nationals will be required to pay 4,000 INR more for the tickets, but everything else is the same for all passengers.