A Trip Along India's Most Scenic Roads 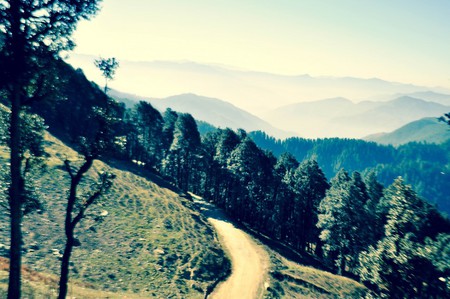 Stunning views on a beautiful road in India

India’s a land of plenty, especially for those who love good journeys. To the road-tripper that secretly resides in so many of us, India has a lot to offer. Here’s a look at the most scenic Indian roads that you could take on your next adventure

This is the highest road in the world. Ninety percent of travelers go via the Srinagar–Leh route and come back to Manali, after getting acclimatized; they lose the element of adventure. The average altitude of the 475 km highway is more than 3000 m. The heady feeling of numbness on one of the numerous high altitude passes (two of which are over 5000 m) is something you will never forget. This road trip exemplifies the statement that ‘the journey is more important than the destination.’ The only reason for this humongous road to even exist is to serve as an alternate route to the Srinagar–Leh military highway. 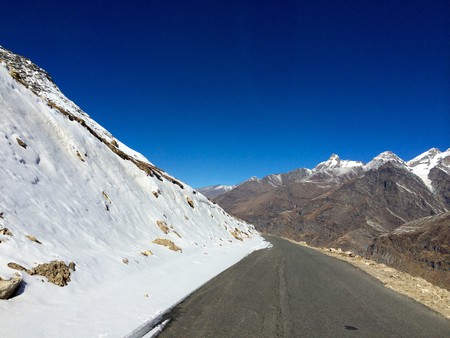 Arguably the most beautiful road in the world, the 480 km long Manali – Leh Highway | © Shubham Mansingka

Kargil to Padum via Penzi La

There is literally no ‘road’ on the entirety of this 240 km journey from Kargil to Padum in Zanksar. The dirt path winds along the Suru River across pretty Muslim villages after Kargil, and scenic views of the twin peaks of Mt. Nun and Mt. Kun is visible from the road until Parkachik. The remoteness of this road is such that you hardly cross more than ten vehicles in a day, and there are only basic JKTDC rest houses along the way until Padum. Stunning blue skies in the lush green Suru Valley along the fertile basin of Suru River, the vistas change color after reaching Buddhist Rangdum, while you feast your eyes upon the dramatically located Rangdum Gompa. Drang Drung glacier is visible from the highest point of the road: the 4411 m-high Penzi La that divides Suru Valley and Zanskar Valley. The Penzi La is snowbound and closed for vehicular traffic for more than eight months a year. 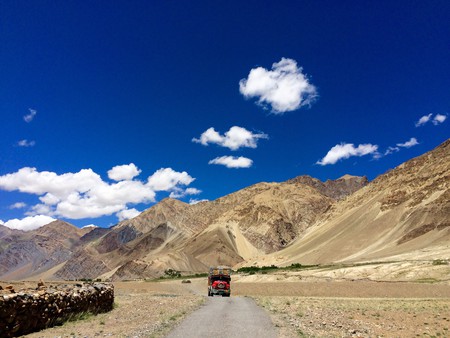 One of the most treacherous passes in the Indian Himalaya, the Zoji La serves as a gateway to Ladakh from the Srinagar side. It is a military highway, and Kargil became a household name in the 1999 war when the road was nearly cut off in the shelling. There is severe snowfall on Zoji La pass, cutting off Ladakh and Kargil from the rest of the world for more than seven months a year. Traffic jams abound on this route, but the views are serene even among a cavalcade of army trucks and convoys. Hardly ten kilometers after crossing Kargil, the road enters Buddhist Ladakh; one of the biggest towns en route is Lamayuru. The road is pretty scenic, with many hairpin bends, called ‘jalebi loops.’ The Srinagar–Leh highway is one ride that will keep you coming again and again, to see the pretty greenery of Kashmir and Sonamarg and the stark desert landscapes of Ladakh. 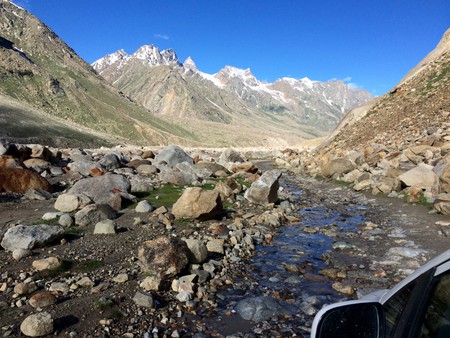 Do you really care about the road with such surreal views? | © Shubham Mansingka

Many variations exist to cross the Sach Pass, but the most beautiful circuit is from Bairagarh to Killar and onward to Udaipur in Pangi Valley and further to Lahaul, a part of the tribal district of Lahaul and Spiti in Himachal Pradesh. A longer circuit that can be attempted is from Dalhousie to Manali via Sach Pass. At 4420 m, the Sach is a treacherous, narrow pass and lies on what is widely regarded as the most dangerous road in India. Another road from the pass leads to Kashmir, onto Kishtwar. Stock up on food in Bairagarh, as there is absolutely nothing after that until you arrive in the lovely town of Killar. There are no roads in boulder country, and nature rules here. Say your prayers to the gods and count your rosaries; this is one journey you will never forget. The pristine views make this a scenic yet adventurous drive. 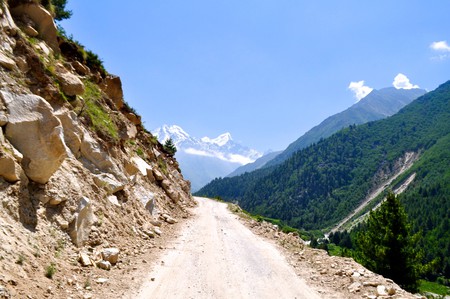 From the capital of Leh in Ladakh to a little village in reclaimed Indian Baltistan, this road traverses through the world’s highest pass — Khardung La at 5602 m (disputed) — and goes from Buddhist Ladakh to Muslim Turtuk. Hardly 40 km out of Leh, the road switchbacks and climbs almost 2000 m; you can have a breathless snack at Rinchen Cafeteria at the summit of Khardung La, under the rapidly fluttering prayer flags. Some parts of the road are snowbound all through the year, and it can get insanely cold. The real adventure is in traveling on this road in a public transport bus and seeing the landscape change from barren to green as it enters Nubra Valley. The road after Diskit reminds of lost times on the Silk route, as you spot Bactrian camels in the dunes. Four villages that were a part of Pakistan once were reclaimed by India in 1971. Army movement means Khardung La is kept open all through the year. 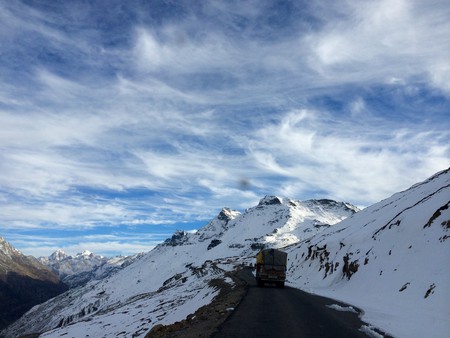 Clouds complete a spectacular scene amidst the snow | © Shubham Mansingka

One of the signboards in Kinnaur proclaims: ‘You are passing through the world’s most treacherous road.’ Roads have been carved from rough mountainsides, and some of the paths are barely believable; it almost feels like heaven. The village of Chitkul in Sangla Valley, last on the Indian side of the border with Tibet, is a fairytale hamlet, and the holy peak of Kinner Kailash is clearly visible. The road enters Spiti after crossing the beautiful monastery town of Nako and passes through India’s oldest Gompa at Tabo to run across Kaza and onward to the majestic sight of the moon lake, Chandrataal. The little-visited Pin Valley is a wonderful idea for the sheer pleasure of remoteness in Mudh village (the ending point of the Pin Parvati & Bhabha pass trek). The adventure begins after crossing Kunzum La; the drive is essentially on the riverbed of Chandra river after passing the town of Batal. 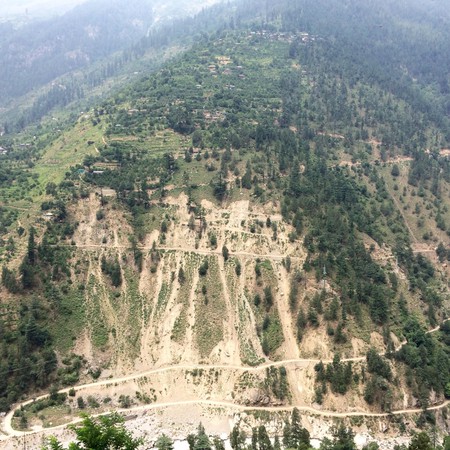