A Mango Festival and Durga Puja: Cultural Celebrations To Attend in Delhi 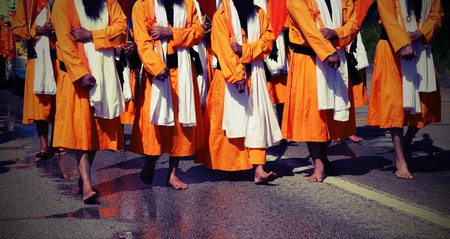 Delhi’s diversity can be explored through its plethora of annual celebrations, including a Mango festival, Durga Puja and even a German Christmas Market.

How do you sample the diversity of an almost 5,000-year-old culture, in a country of over a billion people, including 645 tribal communities, that spans 29 states and speaks 22 official languages? You book a flight to Delhi! The Indian capital, like any other global capital, is a city of migrants and expats, who each bring a little slice of home. Delhi celebrates this diversity, with unmatched enthusiasm all year round. 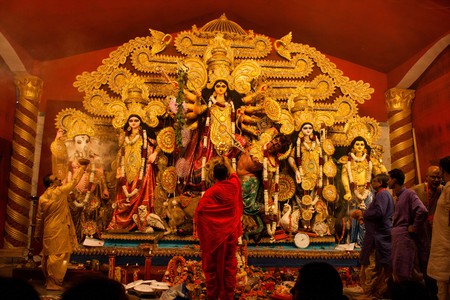 Durga Puja: a carnival of sights, sounds and tastebuds

The week-long worship of Durga, the 10-armed goddess, a symbol of the victory of good over evil, is India’s official nomination for the 2020 edition of UNESCO’s Intangible Cultural Heritage list. The biggest festival of Hindu Bengalis all over the world, in Bengal, it arrives with a whiff of happy days; a carnival of colour, lights, food and fun spread over five days. The celebrations in New Delhi, with its large Bengali population, come close to Kolkata – the capital of West Bengal – in hosting this grand carnival. Chittaranjan Park, popularly known as CR Park, a Bengali-populated area in South Delhi hosts some of the city’s most-visited Durga Puja marquees. Visit CR Park during the festival – held annually either in September or October, according to the Hindu calendar – to soak in the festive spirit, the sound of the dhaak, a Bengali drum, the smell of joss sticks, the shrill call of the conch, and the spiralling sound of occasional ululation, a sound made with the tongue to express a euphoric celebration. Take frequent pit stops to gorge on delicious Bengali food, from fish fry (deep fried and bread crumbed fish steaks) to the awadhi biryani (lightly flavoured, steamed rice with meat) and chicken or mutton rezala (meat cooked in a thick gravy of papaya and cashew paste) and melt-in-your-mouth sweets made from fresh cottage cheese. You can also immerse yourself in Bengal’s rich culture of theatre and music in the evenings at cultural extravaganzas hosted by Puja organisers. The major Durga Puja celebrations in CR Park are B-Block, Kali Mandir, Co-operative Ground, Mela Ground, and Navapalli (Pocket 40).

A lyrical celebration of one of the world’s oldest languages

Where else would you be able to celebrate the beauty of one of the oldest and most poetic languages in the world, Urdu, but in Delhi – the seat of Mughal power in India? The three-day Jashn-e-Rekhta is India’s largest festival celebrating Urdu language and culture and is organised annually in Delhi by the Rekhta Foundation, a nonprofit dedicated to preserving and promoting the Urdu language, its literature and culture. At the festival, you can absorb the rich heritage and eclectic art forms of the language through musical performances (ghazals, or songs with rhyming couplets about love and heartbreak, and qawwalis or Sufi devotional music, as well as dastangoi, a 13th-century Urdu oral-storytelling art form). The festival also hosts the Aiwan-e-Zaiqa, a curated food festival. 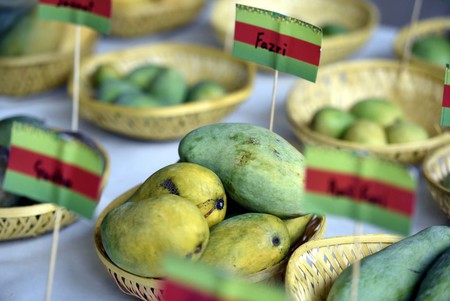 A messy date with the King of Fruits

Delhi goes a mile further for the love of mangoes and dedicates a whole festival to this sweet fruit. The International Mango Festival is held annually in Delhi during early summer, at the onset of the mango season. The two-day festival showcases India’s love for this fleshy, pulpy fruit and has been held since 1987. At the festival, taste and buy more than 500 varieties of mango including alphonso, mallika, amrapali and shamasi. You can also sample and buy mango products such as jam, sherbets, mango candies and pickles. For the adventurous, there are mango-eating competitions, where you get to indulge in some serious mango-eating: three kilograms (6.6lb) of mangoes in three minutes. More than 20,000 people visit this festival every year and leave with a free mango sapling to plant at home.

Northeast India is one of the most remote parts of the country, and the Northeast Festival in Delhi gives us a glimpse into this unique culture. Arguably one of the coolest festivals in Delhi, the three-day festival – which started in 2013 – is a riot of fun, pulsating with popular music, colourful dance and lyrical folk songs from the Northeast. Taste Northeastern food at more than 40 food stalls, including items with bhut jolokia, or ghost pepper. It was certified as the world’s hottest chilli pepper – 400 times hotter than Tabasco sauce – in 2007 by Guinness World Records. The festival also hosts an art and photography exhibition and workshops. “The Northeast Festival aims at building bridges between India’s Northeast and the rest of India. Thousands of Delhiites throng the venue, have learnt about the various tribes of Northeast, understood the food habits, rich heritage and tourism potentials,” Shyamkanu Mahanta, organiser of the festival says. “The Northeast Festival is a meeting point of the multicultural mosaic of India.” It’s held in November at the Indira Gandhi National Centre for the Arts, Janpath. 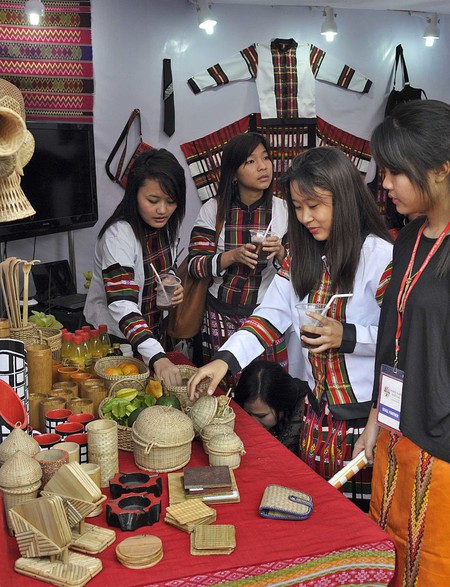 This Christmas market – one of Delhi’s largest – is organised annually by the Indo-German Chamber of Commerce, and it’s one of the most anticipated celebrations in Delhi. You can buy furniture, home accessories, clothes, handicrafts, Christmas decorations, candles, souvenirs and garden accessories here – as well as gorging on German Christmas cakes and beer. It’s held in December at Bikaner House, Pandara Road.

If you are in Delhi for Christmas, you cannot miss this beautiful midnight mass at one of India’s oldest churches, built in 1930. The beautiful Vatican Embassy chapel, with its Roman architecture, displays a beautiful nativity scene and a giant Christmas tree. The free midnight mass ceremony is one of the biggest in the country and is followed by cultural and social programs. Sing along with the carol group, and enjoy the post-mass Christmas bonfire at an Indian Christmas to remember.

The Aadi Mahotsav festival celebrates tribal life, values, crafts, culture and commerce. Check out tribal handicrafts, art and paintings from more than 200 stalls at this festival, held at Dilli Haat. “The concept of organising Aadi Mahotsav in major cities has proved to be a boon for tribal artisans by eliminating the middleman and providing direct access to large markets, otherwise impossible to reach for them,” a government statement said. So, attending the festival and buying souvenirs from here will directly help some of India’s impoverished tribal communities.