A History Of Delhi In 4 Minutes 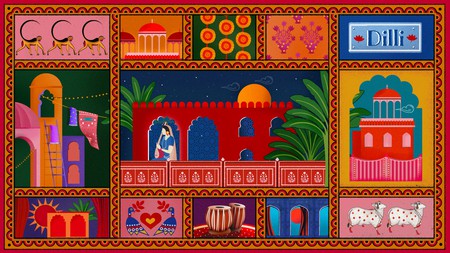 Delhi-based author Shovon Chowdhury breaks down the history of his city in a four-minute read that explains how India’s capital came to be seven cities in one.

When it comes to value-for-money holidays, Delhi is hard to beat. You get to see eight cities (the seven ancient ones and the city it is today) for the price of one, and you can do all of them from the same hotel. The best place to start is the Qutb Minar Metro Station. The moment you step out and walk through the gate across the road, you co-exist in multiple time zones, like Doctor Who. It hosts a flower festival from the Mughal era every September, which was created to celebrate the release of a young nobleman from prison who was accused of trying to murder a British resident. Side by side are buildings from the Sultanate, and Victorian follies, and tombs of Sufi saints. The most famous monument here is the Qutb Minar, standing tall since 1220, despite lightning, earthquakes and attempts by the British to change it.

The area is called Mehrauli, site of the second city of Delhi, founded by Qutbuddin Aibak. He was the first of many invaders who decided to stay on. Before him, they used to swoop in, scoop up money, and swoop out. Aibak had a brainwave. Why didn’t he just stay close to the money? So he settled down, and built Mehrauli. He built it on top of the first city. The area was originally ruled by the Tomars, from nearby Rajasthan. The Tomars were defeated by the Chauhans, who were in turn massacred by Aibak, who came from Turkey. Indo-Turkish relations have been shaky ever since. The Chauhan capital, the first city we have evidence of, was Qila Rai Pithora, named after their most famous king. You can see its walls at the intersection of Saket and Aurobindo Marg. 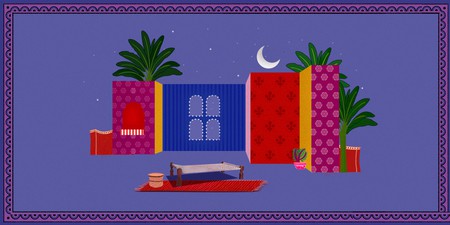 Another highlight of the Mehrauli area are the remains of Dilkhusha or ‘Delight of the Heart’, the home of Sir Thomas Metcalfe. He was an early British contributor to the architecture of Delhi. He was also a stickler for propriety who made ladies eat mangoes in the bathroom to avoid a mess from the juice. He constructed a first floor above the tomb of Quli Khan, adopted brother of Emperor Akbar. He claimed to have done it to help preserve the building, but the fact that he replaced the sarcophagus with a billiard table casts some doubt on this. He also rented the place out to young honeymooners from good families, promising them a spectacular of the Qutb Minar in the moonlight. Also moonlit is the tomb of the emperor Iltutmish, which is roofless, because his dying wish to his daughter Razia was to let him see the sky.

The original Mehrauli was the seat of government for around a hundred years, until the early 14th century, when Allauddin Khalji built Siri, the third city of Delhi. He designed it to resist the Mongols, who were invading regularly. Khalji was very fond of beheading people, especially Mongols. He built his new city on a foundation of 8,000 Mongol skulls, and named it Siri, from ‘Sir‘, meaning head. No skulls are currently on display, but there are places to eat nearby, as well as some nice boutiques. If you have an interest in history, but secretly just want to shop, this is the place to go.

Despite all the beheading, the Mongols continued to invade. Tughlakabad, the fourth city of Delhi was built at a height, to discourage them. It it believed to have been cursed by a saint, after a dispute with the emperor, and his curses clearly had power. Soon after completing Tughlakabad, Tughlak Shah was murdered by his son, allegedly using elephants. The son had a pavilion built to welcome his father back from his victories. At a precise moment, an elephant apparently leaned on the pavilion, causing it to collapse, killing the ruler instantly. Since then, people in India never let elephants near pavilions. Like all cursed places, Tughlakabad is now empty, but there are lakes and waterfalls nearby.

The fifth city of Delhi was built by Firoz Shah a few years later. He shifted back down to the plains, next to the river, because water was running short. Firozabad includes a Pillar of Ashoka. Firoz Shah spotted it during a hunting trip to Punjab, home of tandoori chicken. It was mounted on a 42-wheel cart and pulled to Delhi by 8,000 men, beginning a tradition of long distance shipping that was continued by the British Museum. The best view of the area is from the Hawa Mahal. On Thursdays, everyone comes to pray to Djinns (genies) for good luck.

Just a few years after Firoz Shah died, Timur the Mongol overran Firozabad. In keeping with Mongol tradition, he massacred many, and stole everything he could lay his hands on, including a large part of Firoz Shah’s zoo. It took Delhi over a hundred years to recover. In the 16th century, the Mughals invaded. They built very little initially. Their rule was shaky and they were too busy fighting. The second Mughal emperor, Humayun, had his ups and downs. He was apparently addicted to opium and very relaxed. He began to build a city, but before he could finish, he was driven off by Sher Shah the Afghan. Sher Shah demolished Humayun’s city and used the stones to build Shergarh, the sixth city of Delhi, around what we now call the Old Fort. Meanwhile, Humayun went to Persia, where he paid for his lodging with the Kohinoor Diamond, and came back with an army. He defeated the successors of Sher Shah, built a planetarium, and died soon after, falling down the stairs in his library. If you visit the Old Fort, you can still see the step where he tripped.

The descendants of Humayun ruled from Agra, until the seventh city was built by Shah Jahan, grandest of the Mughals. He spent all his money on buildings. The heart of the city is the Red Fort, which has seen some wear and tear. Nadir Shah the Persian removed all the jewels, and carried off the Peacock Throne. The Marathas from the West removed the silver from the Hall of Special Audiences. The British auctioned the gold from the dome of the Pearl Mosque, stole the marble, and converted the Red Fort into a barracks. The Indian army used it too, and only moved out in 2003. Right next to the Red Fort is Chandni Chowk, the main shopping centre of Shahjahanabad. It’s still full of shops, and you can buy bangles from families who sold them to royalty. Not haggling is seen as a sign of weakness. 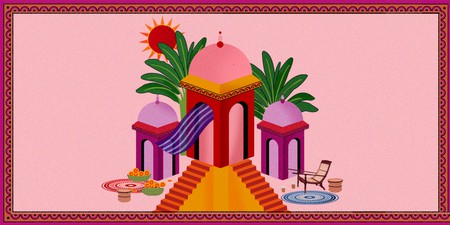 The East India Company came next. It was an all-powerful multinational, like Facebook. The directors of the company owed a responsibility to their shareholders, so they did not waste money building new cities. Instead, they focused on becoming incredibly rich, until the British government took over in 1858. In 1911, they decided to build a new capital of India, New Delhi. This was a worrying development. British attempts at architecture up to this point had received poor reviews. Travel writer Robert Byron said, “The whole of British India is a gigantic conspiracy to make one believe one is in Balham.” He also described Darjeeling as “Bognor roofed in corrugated iron and reassembled in the form of an Italian hill town”.

Keen to challenge this legacy, the British designed New Delhi to shock and awe. The buildings are monumental, discouraging the locals from coming too close. It took 20 years to complete, and the British left 16 years later. The Indian government moved in, and has occupied it ever since.