A History Of Chor Bazaar In One Minute 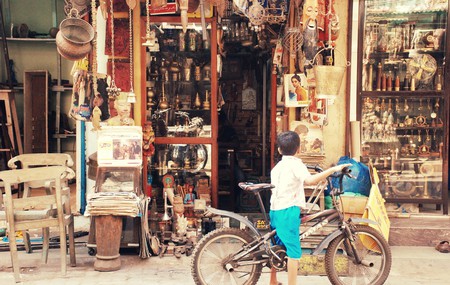 As legend has it, if any of your belongings have been stolen in Mumbai, then you will likely find it on sale at Chor Bazaar (thieves’ market). This historic flea market, one of the largest in the country, has been the city’s go-to destination for antiques and used goods for well over a century. From light bulbs to used car parts, there’s nothing you cannot find at this Mumbai landmark.

Chor Bazaar didn’t start out with its current name. The 150-year-old market was once known as Shor (noise) Bazaar, owing to the numerous loud vendors who had set up shop along the small lanes of this area. Various stories attempt to explain the market’s current name. According to one such tale, the British mispronounced shor (noise) as chor (thief), and in the years following the market just started living up to its name by sourcing stolen goods. Another story tells us how a violin and some other belongings of Queen Victoria once went missing from one of her ships. These items were then later discovered put up for sale at the market. Regardless of its origin, stolen goods from around the city regularly found their way to the crowded lanes of the bazaar. 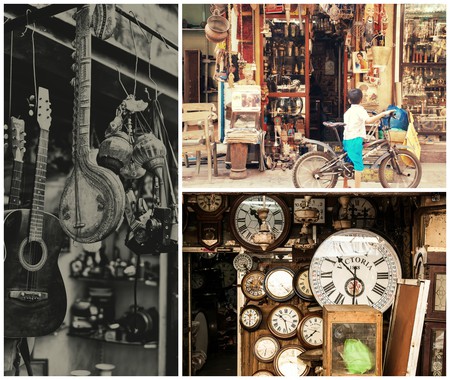 Today, the bazaar is no longer flooded with stolen goods en masse. Rather, it features antiques, used goods, spare automobile parts, the list is endless. From retro Bollywood posters and vintage boom boxes, to used workout equipment and scrap metal, the range of items available here will blow your mind whether you are a tourist or a local.

The market remains a popular tourist destination. However, much of its business comes from within the city. Bollywood frequently sources its props from the Bazaar’s many shops. Some vendors are willing to rent out items to set designers. Some of the city’s interior designers also buy antiques here. Furniture from all phases of Mumbai’s past – Victorian to Indian royal – vintage wall art, sculptures, and other finds from here, often make their way to elite homes around the city.